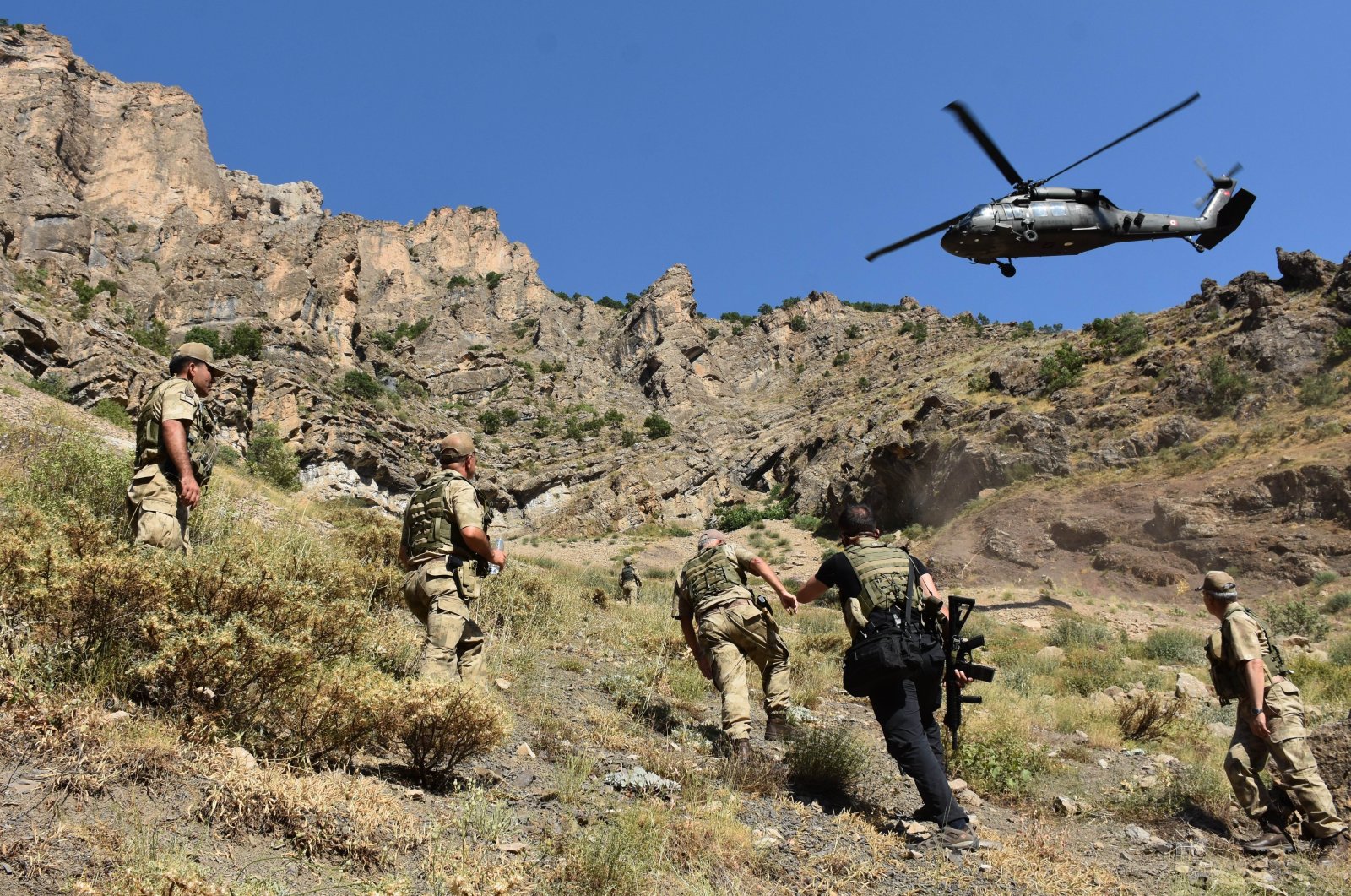 Turkish gendarmerie units take part in a counterterrorism operation against the PKK at an unidentified location in this undated file photo. (AA File Photo)
by DAILY SABAH Aug 19, 2021 1:58 pm

In a statement, Soylu said Turkey had been tracking the terrorists for a while and killed them in the Cilo Alandüz area.

He did not reveal the names or rankings of the terrorists.

Meanwhile, a statement by the ministry noted that the terrorists were killed as part of Operation Eren 14, carried out by the Hakkari Gendarmerie Command in the Cilo Alandüz area.