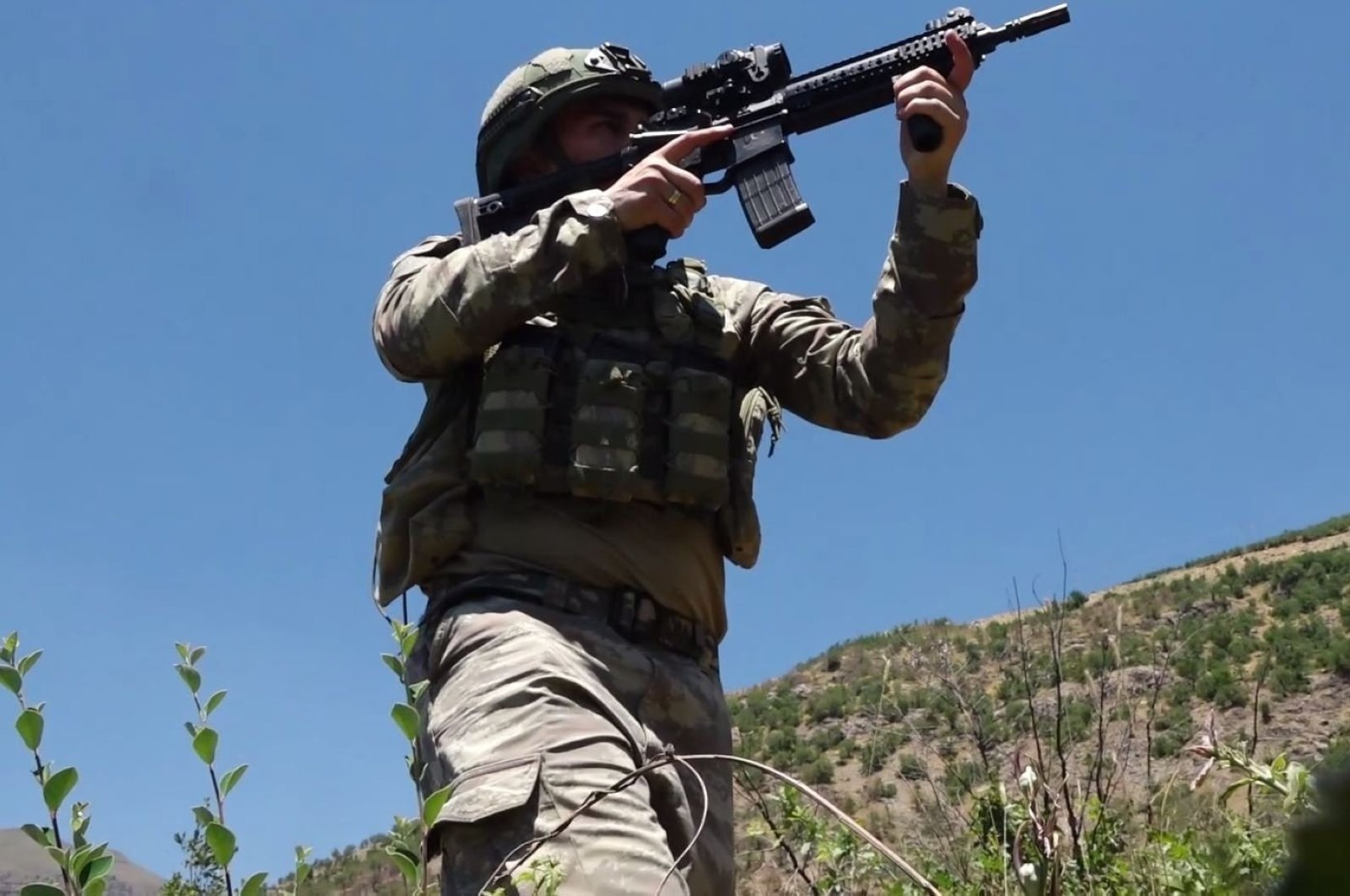 A Turkish soldier holds a gun in this undated photo, in an undisclosed location. (DHA Photo)
by DAILY SABAH Mar 25, 2021 12:33 pm
RECOMMENDED

Turkish security forces have killed six PKK terrorists that were preparing to launch an attack in northern Iraq, the Defense Ministry stated Thursday.

The terrorists were detected and eliminated in the Operation Claw-Tiger region by fire support vehicles, the ministry said on Twitter, sharing footage of the operation.

"Our fight against terrorists continues effectively and determinedly," the ministry added.

Operations Claw-Tiger and Claw-Eagle began in border regions of northern Iraq last June to ensure the safety of Turkey's people and frontiers.

Turkey launched Operations Claw-Tiger and Claw-Eagle last June to ensure the safety of Turks and its national borders by eliminating terrorist threats. Operation Claw-Eagle 2 was launched in February.