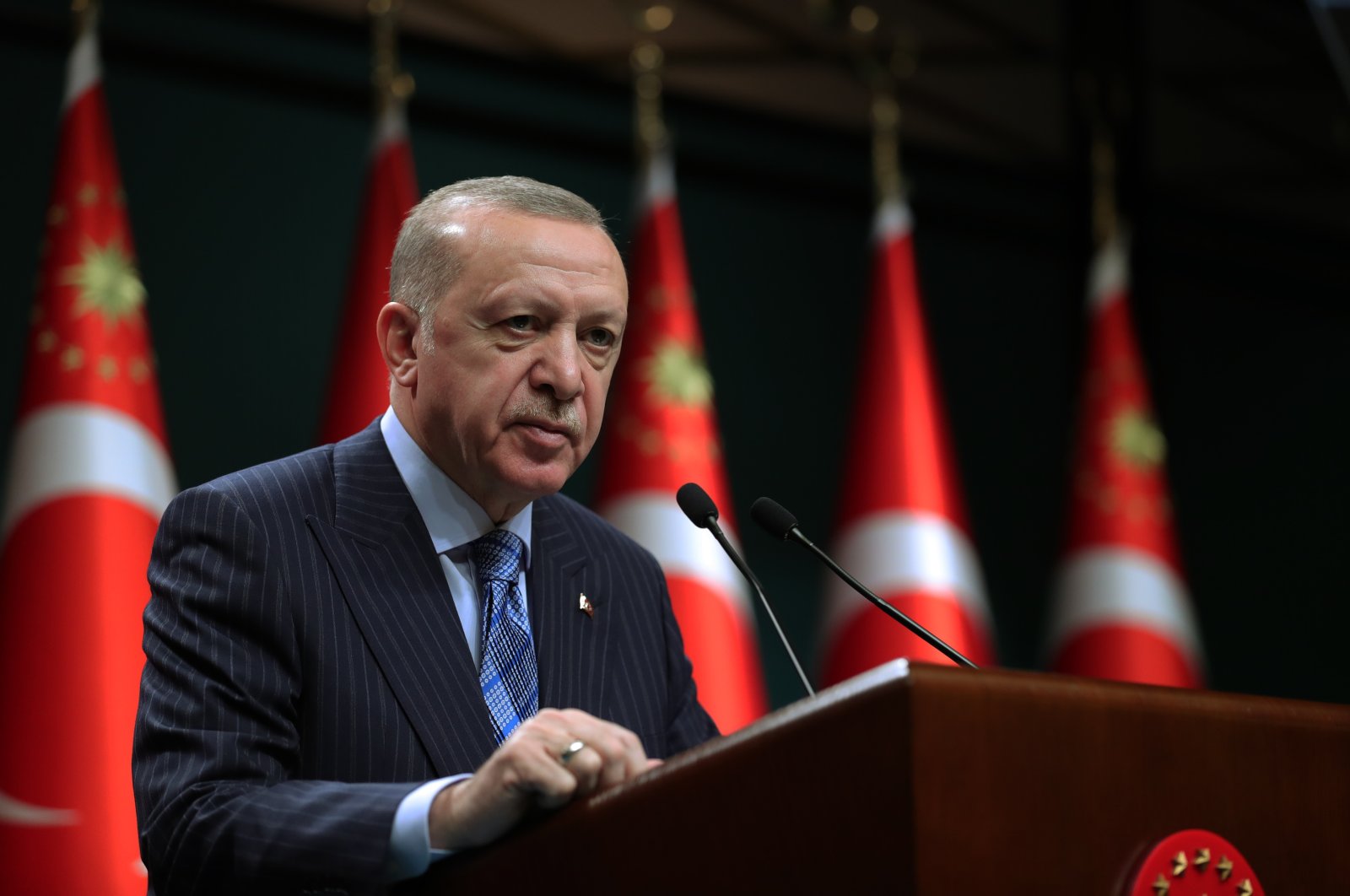 President Recep Tayyip Erdoğan prepares to speak before a press conference at the Presidential Complex, Ankara, Turkey, May 17, 2021 (AA Photo)
by Agencies May 17, 2021 7:58 pm
RECOMMENDED

Turkey has killed the PKK's Syria head in a joint operation carried out by the National Intelligence Organization (MIT) and the Turkish military, President Recep Tayyip Erdoğan announced at a press conference late Monday.

“The PKK’s (official) responsible for Syria ... was rendered ineffective in an operation in Iraq that was conducted as a result of the long-term work of our National Intelligence Organization,” Erdoğan said. “This terrorist led the armed wing of this organization for a long time before becoming the head of its activities in Syria.”

Security sources later informed the press that the terrorist, Sofi Nurettin, was the highest-ranking member of the PKK's armed wing, the HPG, ever killed.

A special counterterrorism unit was formed to locate and kill Nurettin, said the sources, who noted that intelligence showed he was in Iraq.

The sources explained that Nurettin oversaw the group's terrorist activities and was actively involved in the decision-making process, working closely with Murat Karayılan, the PKK’s acting leader.

The terrorist group is trying to keep the fact that Nurettin was killed under wraps fearing it will lead to more PKK members abandoning the organization, sources added.

According to sources, he was one of Karayılan's students and was later given the responsibility of overseeing HPG militants. He was later promoted to head of operations of the terrorist organization's Syrian wing in 2015.

The sources added that Nurettin's death will have a devastating effect on the PKK's highest-ranking militants.

During his speech on Monday, Erdoğan noted that Nurettin was one of the highest-ranking members of the terrorist group and that he had ordered the killing of 13 Turkish citizens in northern Iraq's Gara.

The terrorist was killed in northern Iraq, Erdoğan added, underlining that his location clearly shows there is no difference between the YPG, the terrorist group's Syrian wing, and PKK itself.

On Feb. 13, 2021, PKK terrorists executed 13 abducted Turkish citizens in a cave in northern Iraq during a Turkish counterterrorism operation. In the operation, 48 terrorists were killed and two were captured alive.

Defense Minister Hulusi Akar had stressed that the operation was launched in self-defense and per international law to prevent the PKK from reestablishing positions, often used to carry out cross-border attacks that target military personnel and civilians within Turkey.

Turkey has carried out numerous cross-border operations into northern Iraq over the years to fight the PKK, which maintains bases in the region.

Turkey has long stressed that it will not tolerate national security threats and has called on Iraqi officials to take the necessary steps to eliminate the terrorists. Ankara has previously warned that if the expected steps are not taken, it will not shy from targeting the group.