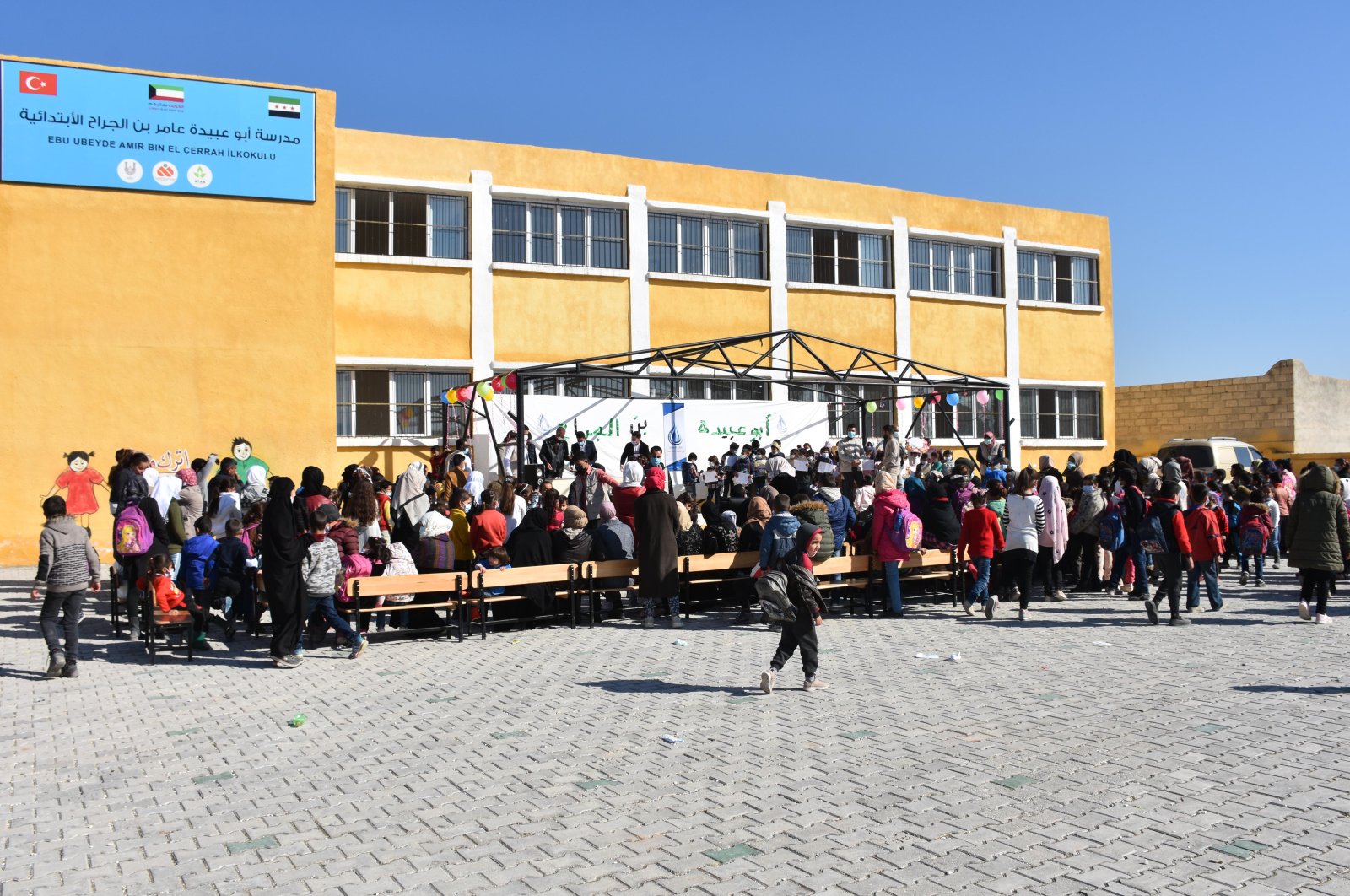 With Turkey's support, courses on both religion and the Turkish language are available for the residents in the Syrian towns of Tal Abyad and Ras al-Ain.

Locals of the towns, which were liberated from the PKK terrorist group's Syrian offshoot, the YPG, during Turkey's Operation Peace Spring in 2019, demanded access to language and religious courses.

A statement released by the Governorate of Şanlıurfa on Turkey's southeastern border said that the teaching of the Quran and Islam would be carried out with the support of the Şanlıurfa Provincial Office of Mufti.

Nearly 240 students who achieved academic success have been awarded by the officials.

Moreover, the Turkish language courses put together by Public Education Centers have become popular among locals. Teachers and local security forces also attend the Turkish courses with the support of Yunus Emre Institute (YEE), a Turkish cultural institution established in 2007,

The operation, conducted in line with the country's right to self-defense borne out of international law and U.N. Security Council resolutions, aimed to establish a terror-free safe zone for Syrians to return to the area east of the Euphrates, which was then controlled by the U.S.-backed YPG terrorists.

Since the launch of the operation, Turkey has supported every aspect of life across the region, ranging from health to education, security to agriculture. In this respect, efforts to clear bombs and improvised explosive devices were launched and administrative duties were designated to local councils.

The country also rolled up its sleeves to reconstruct hospitals, schools, mosques and roads destroyed by the YPG/PKK. Within the scope of ameliorating the region's social infrastructure, people were given food and clothing by several nongovernmental organizations (NGOs), while roads and buildings were rebuilt. These efforts paid off as hundreds of displaced Syrians started to return to the liberated areas.