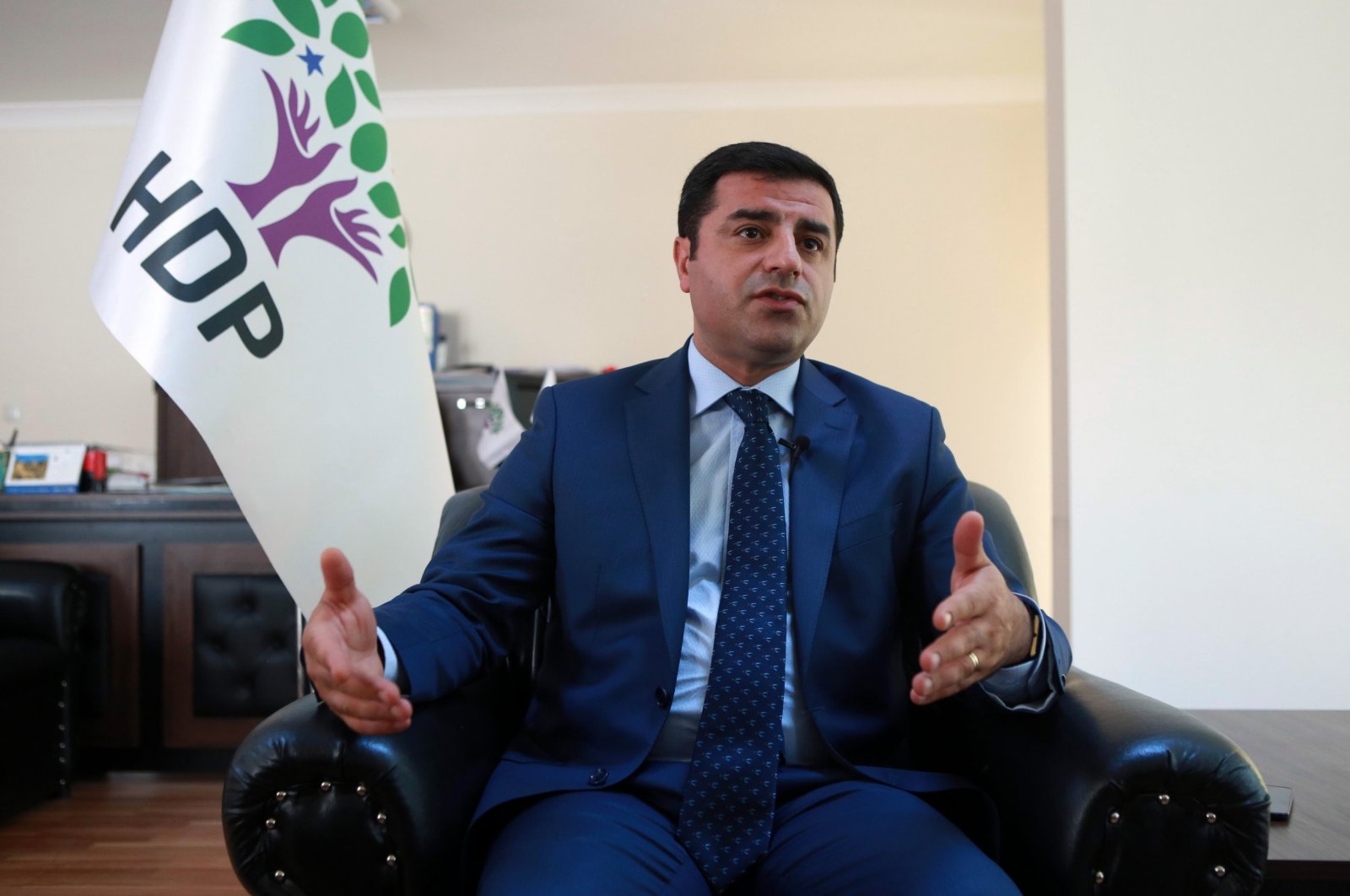 Turkey rejected Wednesday allegations by Selahattin Demirtaş, the former co-chair of the pro-PKK Peoples’ Democratic Party (HDP), that he was not released from jail due to a mistranslation of a paragraph in a ruling by the European Court of Human Rights (ECtHR), saying that there were no translation errors.

A comparison between the translation by Turkey’s Ministry of Justice and the text translated by Demirtaş’s lawyer Benan Molu also shows that the texts are coherent in meaning.

“In addition, our ministry also created the Turkish interface of HUDOC (Human Rights Documentation), which is the databank of ECtHR rulings, in 2014 and set an example for other countries to follow,” the statement added, further underlining that the judgment was published on the ECtHR’s HUDOC in both English and Turkish.

After examining the ECtHR judgment, the Ankara Heavy Penal Court determined that “the ECtHR ruling calling for the release of Demirtaş applies to the verdicts passed between Nov. 3, 2016, and Dec. 7, 2018. Demirtaş is not a detainee for the subject matter of the court judgment ... The current imprisonment of Demirtaş is due to a verdict passed Sep. 20, 2019,” the official said.

“The ECtHR has communicated a new application with regards to Demirtaş's current detention and the government observation is being prepared,” he added, saying that the observation will be sent to the court within the time limit given.

With regards to Demirtaş’s allegation of mistranslation, the official said that the ECtHR’s official HUDOC website shows there is no mistake in translation and that Molu also published the contested paragraph on a website.

“Nevertheless, the text by Ms. Molu omitted the very sentence that works against Mr. Demirtaş,” he said, underlining that both translations of the same text were coherent but Molu’s translation was missing the important part of the text, “since the applicant did not raise any complaints about them in his application form.”

The ruling Justice and Development (AK Party) spokesperson, Ömer Çelik, previously said that Turkey will evaluate the ECtHR decision regarding Demirtaş. "This is a newly released reasoned decision. The Turkish judicial system will evaluate it and do what's necessary," Çelik said in a statement late Tuesday.

The European court ruled that Turkey should immediately release Demirtaş, and said the justification for his years in prison was "cover for limiting pluralism and debate."

The Grand Chamber of the ECtHR said that the politician – who is charged with terrorism-related offenses – had his freedom of expression, liberty and other rights violated. His pre-trial detention sent "a dangerous message to the entire population" that sharply narrowed free democratic debate, it said.

"The Court thus concluded that the reasons put forward by the authorities for the applicant's pre-trial detention had merely been a cover for an ulterior political purpose, which was a matter of indisputable gravity for democracy," the chamber said.

Turkey's Constitutional Court also previously ruled that the lengthy jailing of Demirtaş violated his rights, a decision that was published in the Official Gazette in June, but he was not released due to a separate investigation.

Demirtaş was detained in November 2016 along with other top HDP figures on terrorism charges after they refused to attend trials related to earlier cases they were implicated in. He and his party are often criticized for their open support of the PKK terrorist group, which is responsible for the killings of thousands since the early 1980s.

Demirtaş was sentenced to four years and eight months in jail for promoting terrorist propaganda in a speech in 2013. In 2016, he was also sentenced for insulting "the Republic of Turkey, the Turkish nation, the Turkish state and state institutions."

The most serious charges he is facing are related to the notorious "Kobani riots" during Oct. 6-7, 2014, and the role of HDP-linked officials and municipalities in the PKK terrorist group's unilateral move to end the reconciliation period and launch an unprecedented barricade and trench attacks in cities and towns in Turkey's southeast.