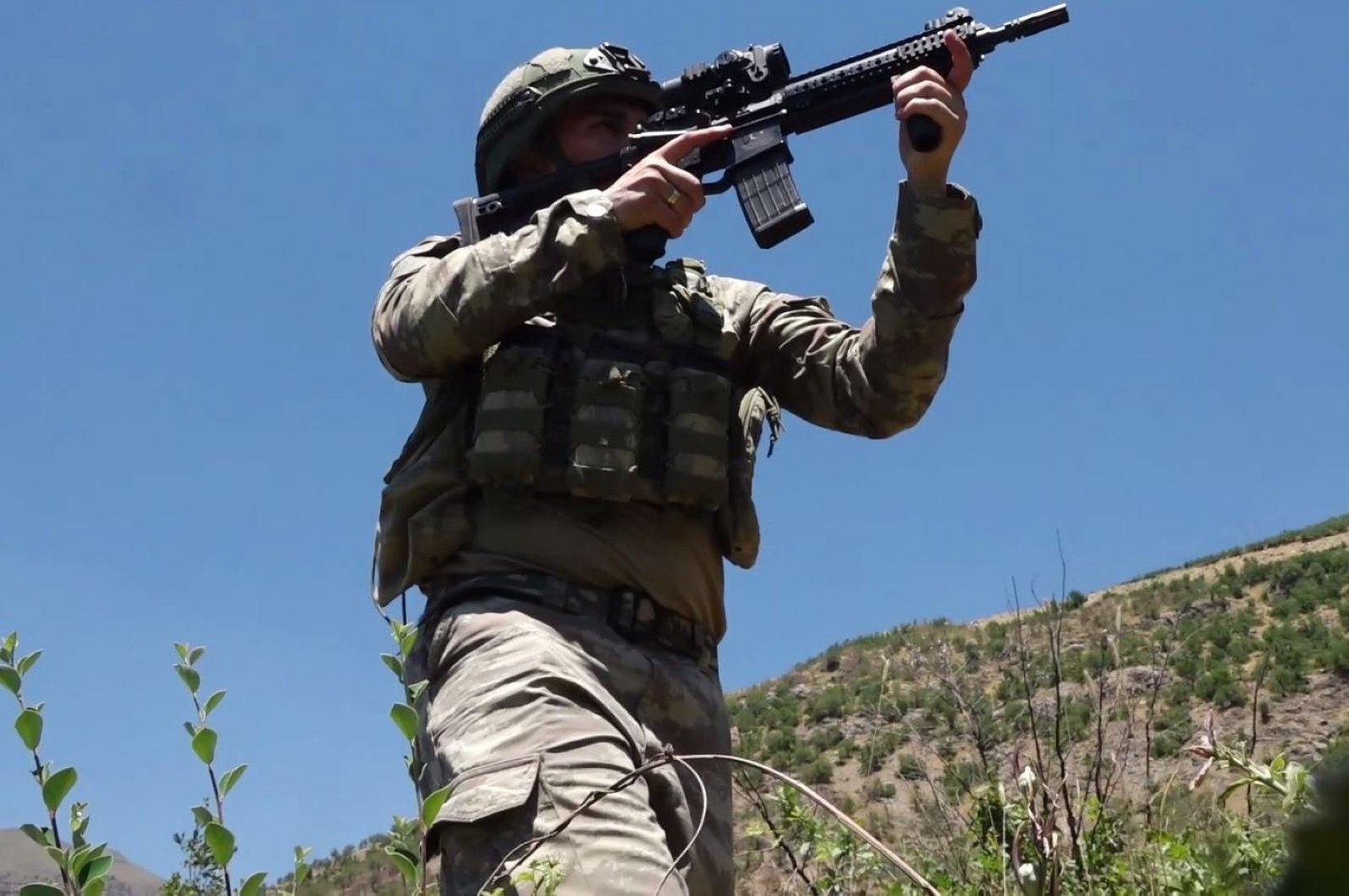 A Turkish soldier holds a gun in this undated photo, in an undisclosed location. (DHA Photo)
by DAILY SABAH Feb 11, 2021 12:13 am
RECOMMENDED

Three Turkish soldiers were killed and four others wounded in clashes with PKK terrorists in northern Iraq, the Ministry of National Defense said in a statement Thursday.

The ministry highlighted the heavy blow the Turkish military has dealt to the terrorist group in northern Iraq's Gara region.

The statement added that the wounded soldiers were immediately hospitalized.

In a later statement, the ministry said one of the hospitalized soldiers succumbed to his injuries and extended its condolences to the family and loved ones of the fallen soldier.

Defense Minister Hulusi Akar also expressed his condolences for the death of the soldier in another statement.

In a statement on his Twitter account, Vice President Fuat Oktay expressed his condolences and wished a speedy recovery for the wounded.

"We are determined to destroy terrorism at its root," Oktay said.

Parliament Speaker Mustafa Şentop also expressed condolences for the fallen soldiers and wished a speedy recovery for the wounded.