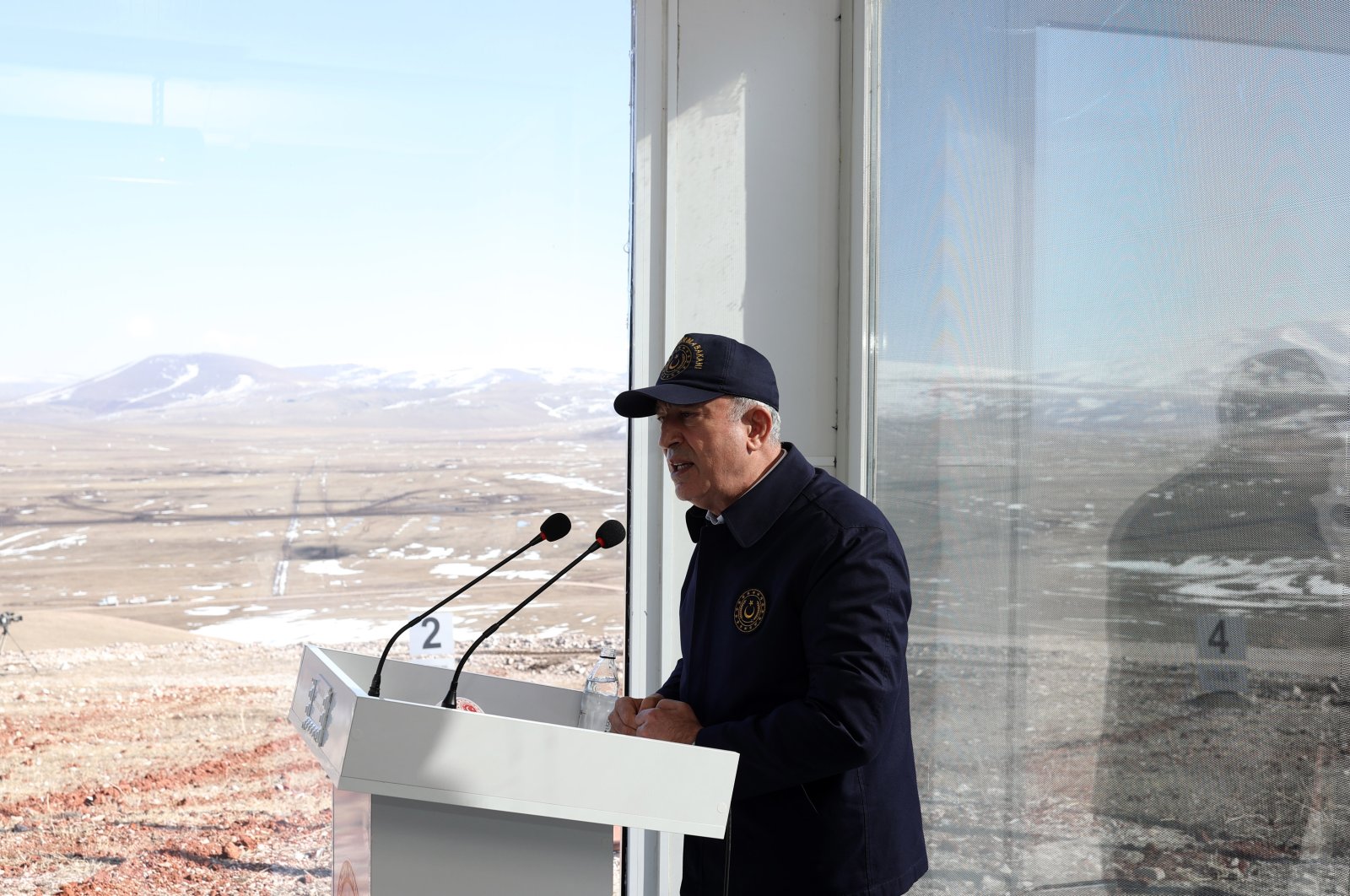 Turkey has dealt a heavy blow to PKK terrorists in northern Iraq, Defense Minister Hulusi Akar stated on Thursday, adding that Ankara will continue to fight all terrorist organizations including the PKK, its Syrian wing the YPG as well as Daesh.

His statements came after three Turkish soldiers were killed and four others wounded in clashes with PKK terrorists in northern Iraq on Thursday.

“We will continue our struggle until the last terrorist is killed in northern Iraq,” Akar underlined, speaking at a program of the Defense Ministry in northeastern Kars province, indicating that Turkey’s operation with air forces elements is ongoing.

We aim to establish security in the region, the minister said, also mentioning that the Turkish Armed Forces (TSK) is ready to train Iraq’s armed forces to be more effective by sharing Ankara’s NATO experience and information.

“We have to be ready for all kinds of threats and dangers,” he stressed.

Turkey has long stressed that it will not tolerate threats to its national security and has called on Iraqi officials to take the necessary steps to eliminate the terrorists. Ankara has previously warned that if action is not taken, it will not shy from taking the matter into its own hands and targeting the group.

On the other side, speaking on Turkey-Greece relations, Akar said nothing can be achieved through a language of sanctions and that entering an arms race does not comply with good neighborly relations.

France has sided with Greece in a dispute over boundaries in the Aegean Sea and the Eastern Mediterranean.

France and the United States are in competition to provide the Greek navy with new frigates, while Greece's government recently approved plans to cooperate with Israeli defense electronics firm Elbit Systems to create a new military flight academy in southern Greece.

The two NATO allies have been at odds over a number of decadesold issues including the extent of their continental shelves, overflights in the Aegean Sea and the ethnically split island of Cyprus. Turkey, which has the longest continental coastline in the Eastern Mediterranean, has rejected maritime boundary claims made by EU members Greece and the Greek Cypriot administration, stressing that these excessive claims violate the sovereign rights of both Turkey and the Turkish Republic of Northern Cyprus (TRNC).

The strained relations also affected Ankara’s ties with Brussels. During a meeting in Brussels on Dec. 10, EU leaders decided to draw up a list of Turkish targets to sanction over what they described as Ankara's "unilateral actions and provocations" in the Eastern Mediterranean.

Besides the Eastern Mediterranean problem, Turkey has also been calling on the EU to tackle the issue of migration and update the March 18 statement struck in 2016.

Within this scope, Turkey has urged the EU to fight migration by solving the root of the problems and addressing issues in the countries which mostly cause migration flows such as Syria. As Ankara did not receive the support it expected, it launched several operations into northern Syria to provide safe zones for the Syrian people rid of terrorism.

Speaking on the issue, Akar added: “Everybody has to consider the migration flow that would have happened toward Europe if Turkey had not established a presence in the region (Syria).”