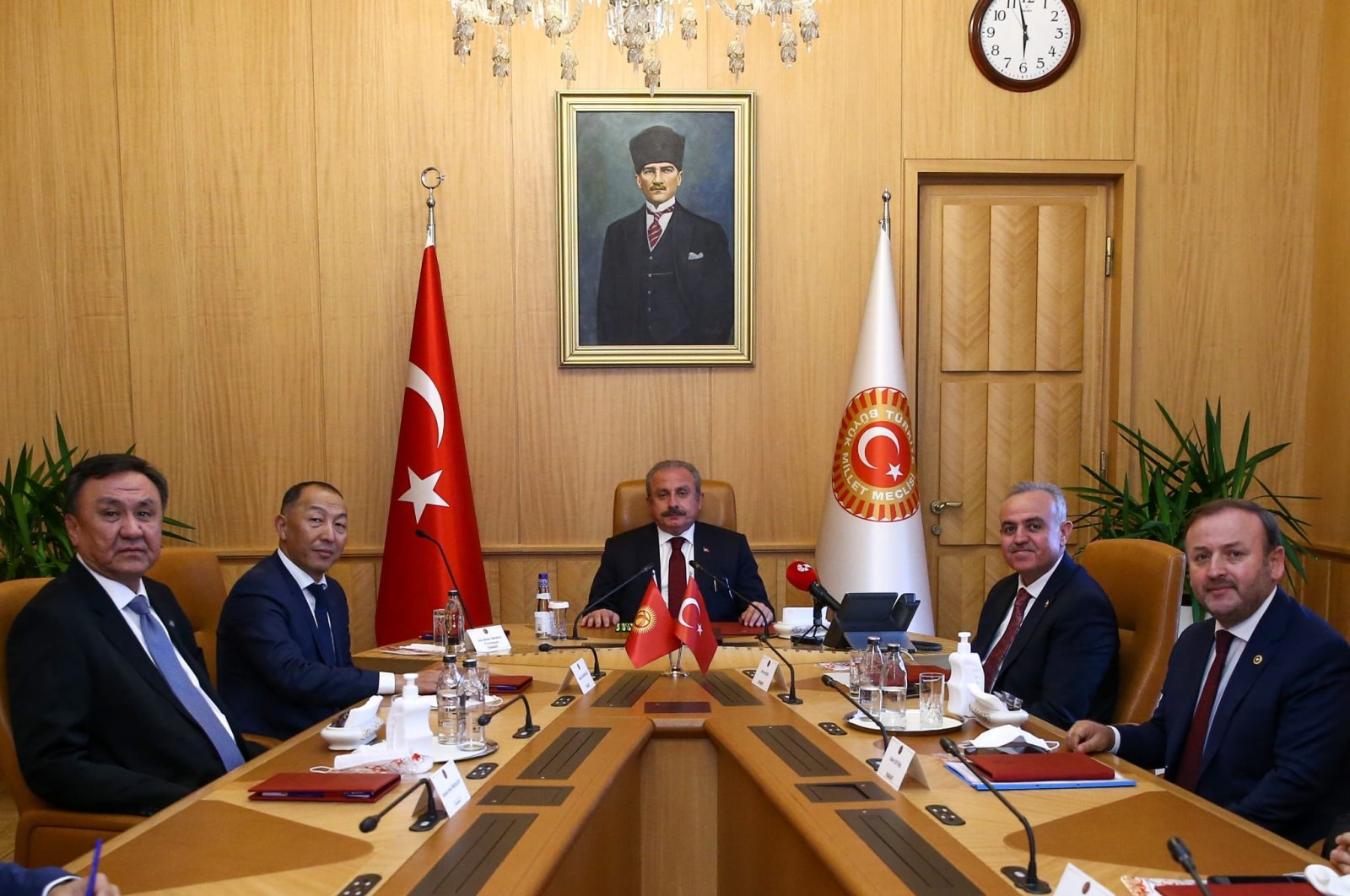 Turkish Parliament Speaker Mustafa Şentop on Tuesday called on Kyrgyzstan to act against the Gülenist Terror Group (FETÖ), the group behind the 2016 defeated coup in Turkey.

Şentop made the remarks while meeting Kyrgyzstan's Energy and Industry Minister Doskul Bekmurzaev in the Turkish capital Ankara.

"FETÖ poses a national security risk and threat to every country it operates in. We should fight against this organization together," he said. "Your visit also confirms the will to improve relations between the two countries. I hope it will bring good results and will be beneficial."

FETÖ and its U.S.-based leader Fetullah Gülen orchestrated the attempted coup, which killed 251 people and injured nearly 2,200 others.

Bekmurzaev recalled that Turkey was the first country to recognize the independence of Kyrgyzstan. "(The) history, destiny, language and religion of the two countries are the same," he said.

Turkey and Kyrgyzstan enjoy multidimensional relations in political, economic, military and cultural spheres on the basis over 200 bilateral agreements and protocols.

The Kyrgyz minister also held a meeting with Turkish Energy and Natural Resources Minister Fatih Dönmez. In a tweet, Dönmez said, "we had a productive meeting on the development of our energy cooperation between our countries."