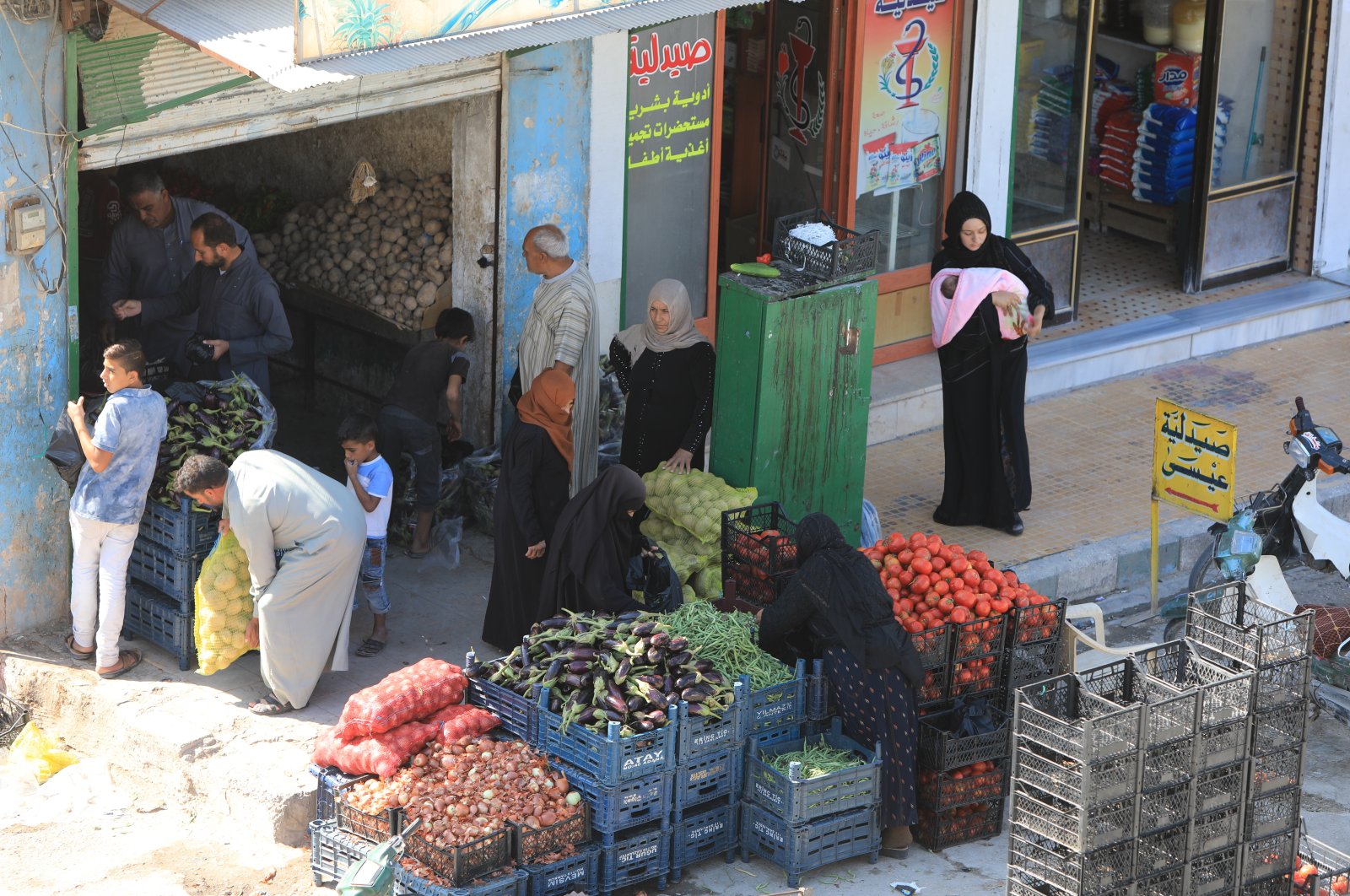 Turkey's cross-border Operation Peace Spring that cleared northern Syria's Tal Abyad and Ras al-Ain districts from the occupation of terrorist groups two years ago has encouraged the displaced people of the region to return. The operation has also revived the economic life in the region because of the environment of trust and stability it provided in the region.

Turkey carried out Operation Peace Spring against the PKK terrorist group's Syrian branch, the YPG, which is mainly backed by the United States, in northern Syria to prevent a terror corridor from being created along its southern border, as well as to bring peace and tranquility to the region.

Mohammed Halid, who was displaced during the YPG's occupation of Tal Abyad, told Anadolu Agency (AA) that he returned once the district was liberated.

Stating that he got married in Tal Abyad after the operation, Halid said: "I had a daughter. All of this happened thanks to the liberation of the region from terrorism. I lead a good life."

Osman Ali, one of the civilians victimized by the YPG/PKK, said that he lived away from Tal Abyad for six years during the occupation of the district by the terrorists.

Stating that he opened a dairy shop after the district was freed from terrorism, Ali explained: "I got back to my family, loved ones and my shop. I got married here. I opened my father's closed shop again."

Ali noted that after opening his dairy shop, he started to sell yogurt, milk and cheese, which he bought from the breeders in the district, and that his business was good.

Abu Bilal, who runs a hammam, cafeteria and restaurant in Tal Abyad district, also stated that there is a swimming pool project that will be ready for the summer season.

Also stating that the project was facilitated in the Operation Peace Spring region, Abu Bilal said: "I decided to invest in the region because I felt the environment of trust and stability. I would like to thank the Turkish security forces and the Syrian National Army organizations for providing us this working environment."

After the completion of the operation, the Turkish Armed Forces (TSK) and the Syrian National Army (SNA) units focused on ensuring the security of the region and creating the necessary conditions for the return of civilians displaced by terrorism.

Thanks to Turkey's intense contributions in the fields of health, education and service to return life to normal, the population of the region now numbers 250,000.

Thanks to the commercial permits allocated by the Şanlıurfa governorship to both Syrian and Turkish citizens, the economic wheels in the region have started to turn.

Abu Bilal stated that the biggest obstacle they faced with all the investors he met in the last two years was the electricity shortage and that everything became easier and more economical once the problem was solved.

Stating that as investors they are indebted to the Turkish government for clearing the districts of terrorists, Abu Bilal said that they wanted to convey a message to the international community: "Despite the 11-year war, we are still here, we are alive."

"Investors in the region are in a race. Every day, we observe unusual and beautiful things in the district. Compared to last year, people are more cheerful and happy this year," he added.

Ismail Shemma, deputy director of the Tal Abyad customs gate, also pointed out that trade will be stronger with the increase of public service buildings and infrastructure in the district.

Noting that thousands of civilians have voluntarily returned since the beginning of Operation Peace Spring, Shemma drew attention to the fact that more than 23,500 people visited the districts of Tal Abyad and Ras al-Ain as part of their Eid visit.

The operation, conducted in line with the country's right to self-defense borne out of international law and United Nations Security Council resolutions, aimed to establish a terror-free safe zone for Syrians to return to the area east of the Euphrates, which was then controlled by the U.S.-backed YPG/PKK terrorists.