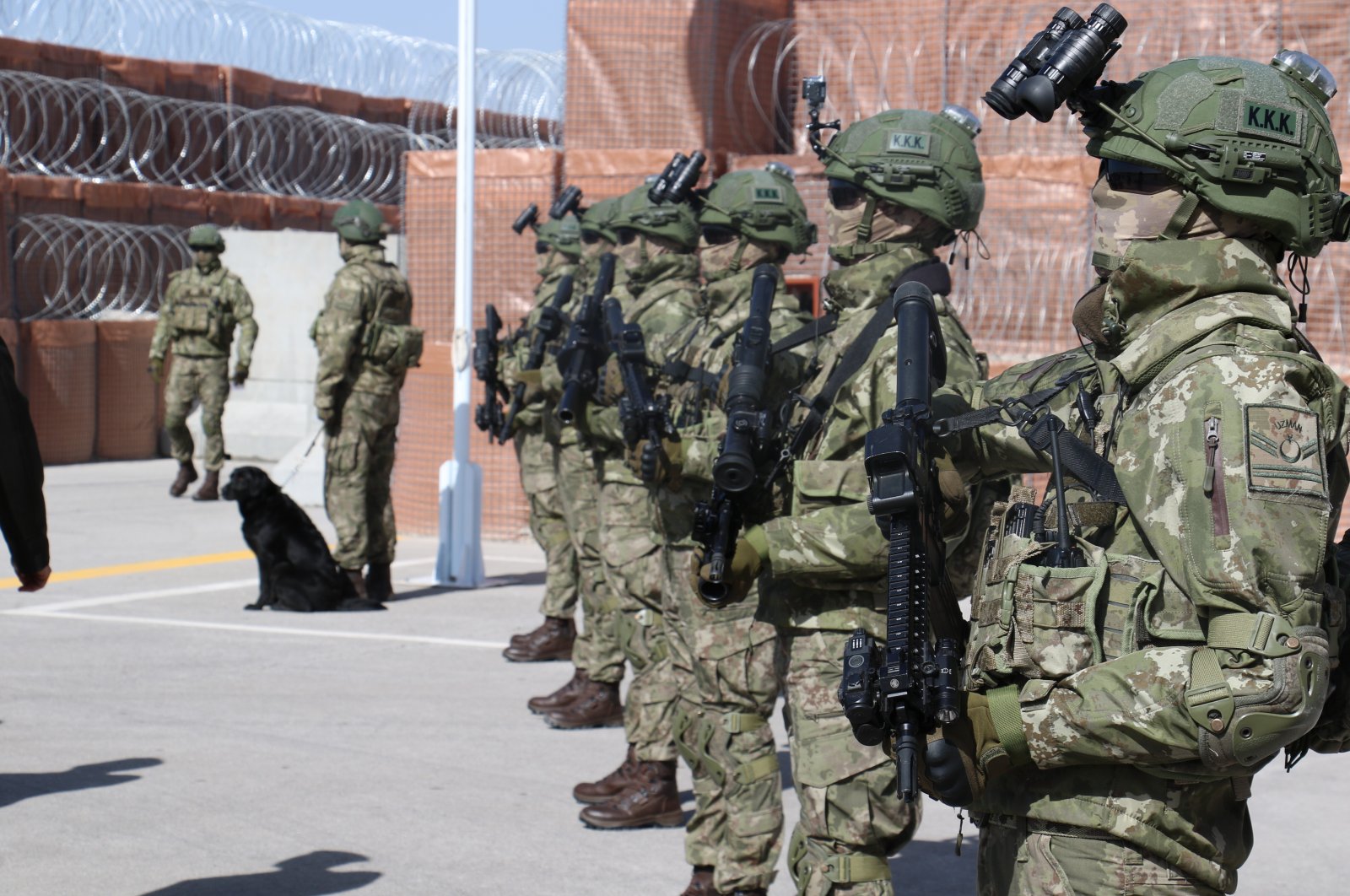 The region has seen tensions rising recently, as the Turkish military destroyed YPG targets in northern Syria late last month after rockets fired by the terrorists from across the Syrian border landed in the southern Turkish province of Kilis.

Since the beginning of Turkey’s counterterrorism operations to clear YPG/PKK and Daesh terrorists from northwestern Syria’s Afrin, terrorists have indiscriminately targeted the border provinces of Kilis and Hatay’s Reyhanlı district with rockets, killing and injuring civilians.

Following the news, Turkish Cabinet members, political party representatives and presidential officials offered their condolences late Wednesday to the families of the soldiers who were killed in the Operation Olive Branch zone in northern Syria.

"Our combat against terrorist organizations will continue with full determination. Our state will keep up the fight until not a single terrorist is left," said Presidential Communications Director Fahrettin Altun on social media.

"May God's mercy be on our two heroic soldiers who were martyred by the treacherous terrorist organization PKK/YPG in Operation Olive Branch," Presidential Spokesperson Ibrahim Kalin said on social media.

He further expressed his condolences and wished patience to the families of the deceased.

Justice Minister Abdulhamit Gul said on Twitter, "I wish mercy from God Almighty to our martyrs, patience to their families and condolences to our nation."

"We have paid for this vile attack, and we will continue to do so. We are determined. We will eradicate terrorism," he added.

Interior Minister Suleyman Soylu posted a tweet wishing mercy and grace from Allah to the heroic soldiers killed in action and voiced his sadness over the loss suffered by their families, loved ones, the Turkish Armed Forces and the Turkish nation.

Starting in 2016, Turkey has launched a trio of successful anti-terror operations across its border in northern Syria – the Euphrates Shield (2016), Olive Branch (2018) and Peace Spring (2019) operations – to prevent the formation of a terrorist corridor and enable the peaceful settlement of residents.