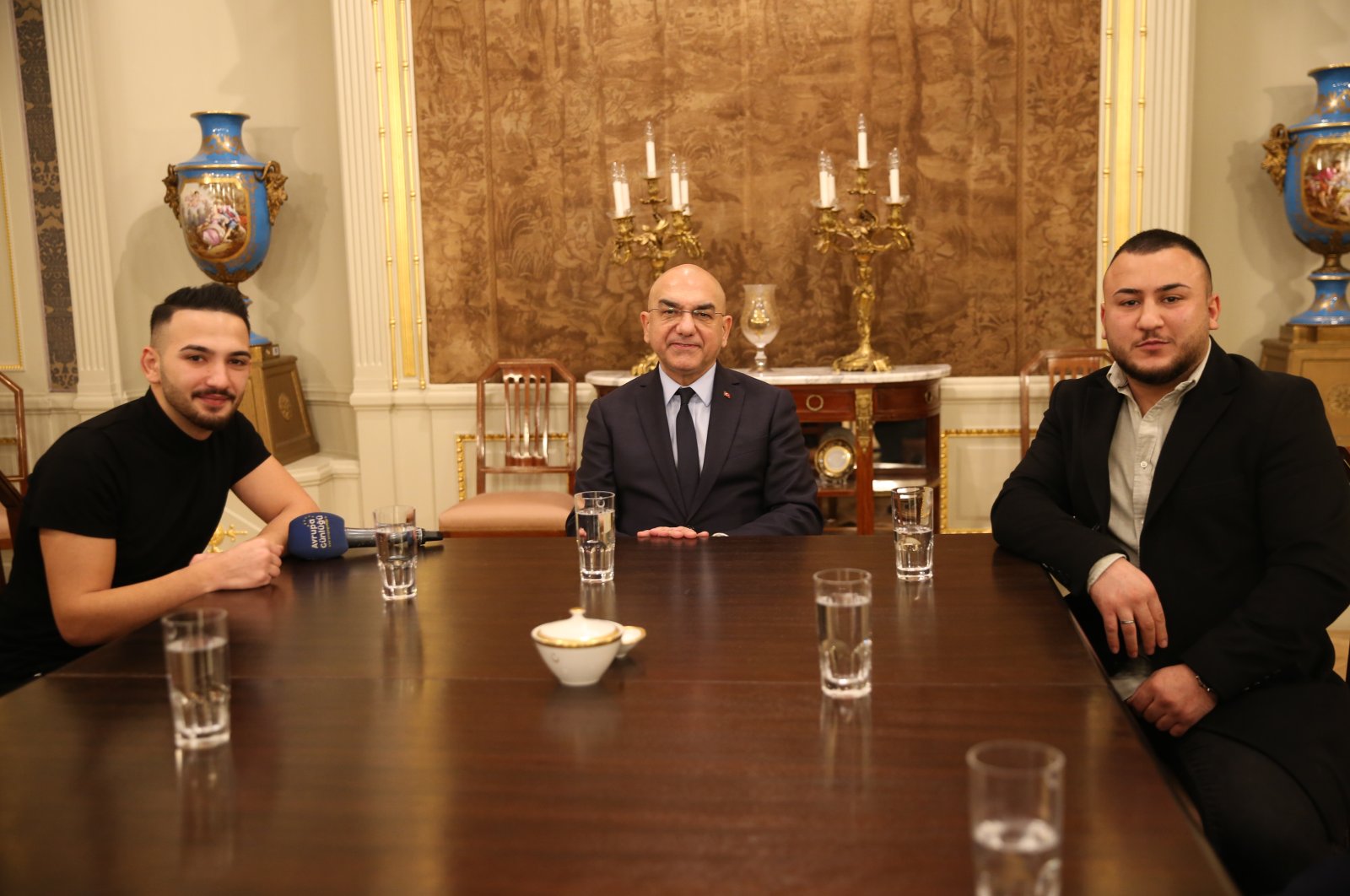 Turkish youth Recep Tayyip Gültekin and Mikail Özen, who helped the police officers and civilians injured in the terrorist attack that killed four people on Nov. 2, 2020, in Vienna, the capital of Austria, recalled what happened that night, as they met with Turkey's Ambassador to Vienna Ozan Ceyhun at the Turkish Embassy.

In the program, which also included representatives of different nongovernmental organizations (NGOs) and members of the press, Ceyhun stated that the terrorist attack, which killed four people last year, deeply affected everyone living in Vienna, and expressed that he respectfully commemorates the civilians who lost their lives in the attack.

Emphasizing that Recep Tayyip Gültekin and Mikail Özen are two valuable heroes that should not be forgotten, he said: "These two heroes should never be forgotten by the Turkish society in Vienna because they showed a very good example of citizenship against terrorism here a year ago."

Pointing out that the heroic attitude of Gültekin and Özen that night gave the necessary response to those who wanted to take advantage of the horrific terrorist attack, Ceyhun said: "Two young Turkish youths showed up heroically and rescued an Austrian, Viennese policeman and clearly stood up against the terrorist, and moreover, they stood tall under fire. Their stand showed many people that we are very clear on this issue, our stance against terrorism is clear. As Turks and Muslims, we are at the forefront of those who condemn terrorism."

Özen and Gültekin, who helped a seriously injured police officer by transporting him to an ambulance, also recounted what happened that night.

Özen stated that one of the most remarkable events they experienced was that his friend Gültekin came face to face with the terrorist, adding, "If he hadn't thrown himself to the ground, maybe he wouldn't be among us today."

Stating that they met with the Mayor of Vienna, Michael Ludwig, because of the heroism they showed in the face of terrorism, Özen said that both the mayor and the Vienna Police Department presented them with medals of honor and courage.

Gültekin also stated that every time they pass the place where the attack took place, they remember that night and that the events they experienced left their mark on them.

Expressing that President Recep Tayyip Erdoğan, Foreign Minister Mevlüt Çavuşoğlu and many state officials are very interested in them, Gültekin thanked each and every one of them for their support.