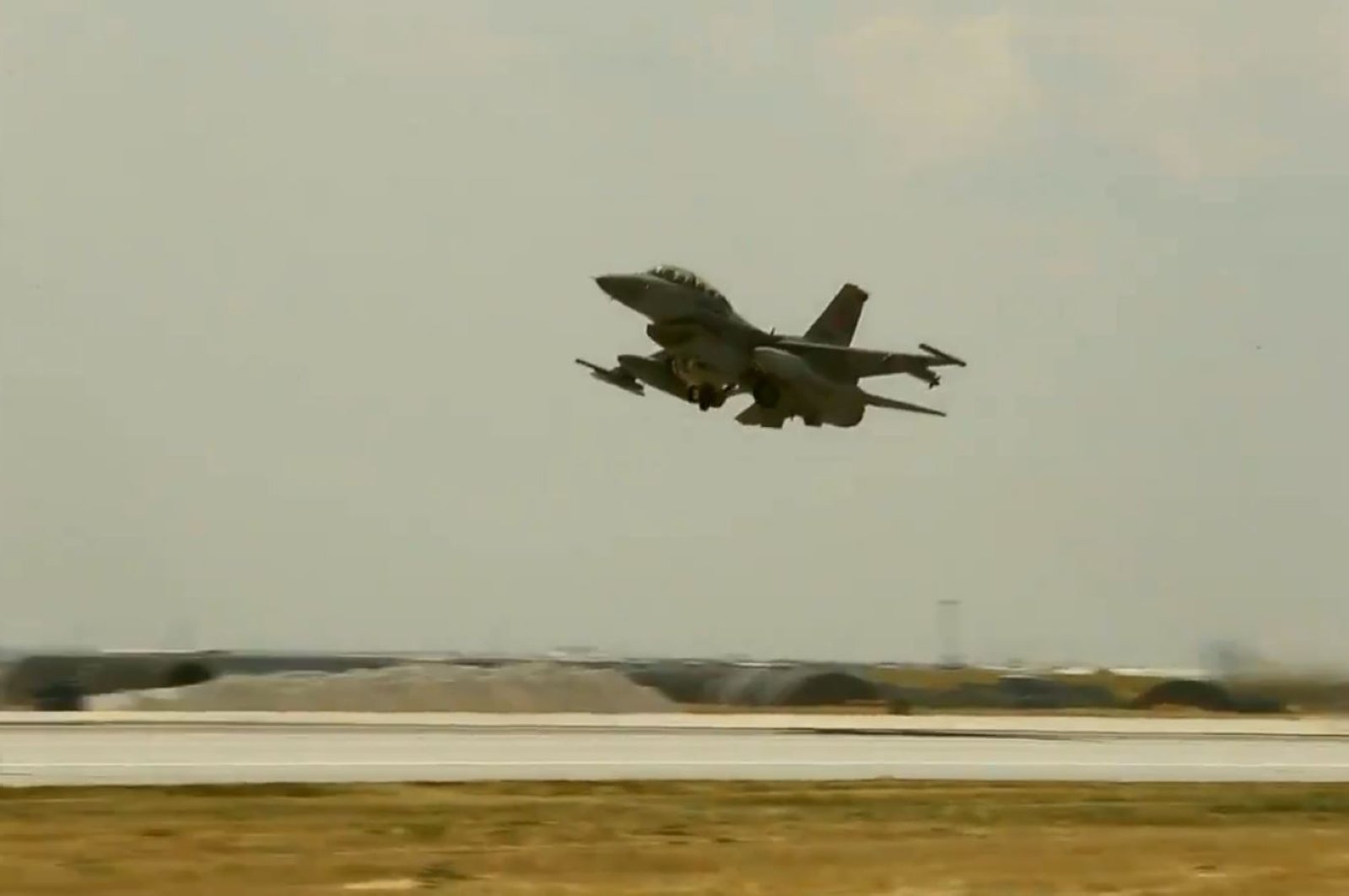 A Turkish fighter jet takes off to participate in counterterrorism operations in northern Iraq's Metina region in this undated file photo. (DHA File Photo)
by Daily Sabah Sep 09, 2021 11:52 am

The terrorists were killed in an operation in the Metina region in northern Iraq, security sources said.

They had been planning to carry out an attack against the security forces participating in Operation Claw-Lightning.

The Turkish military regularly conducts cross-border operations in northern Iraq. Turkey has long been stressing that it will not tolerate terrorist threats posed against its national security and has called on Iraqi officials to take the necessary steps to eliminate the terrorist group. Ankara previously noted that it would not shy away from targeting terrorist threats if the expected steps were not taken.