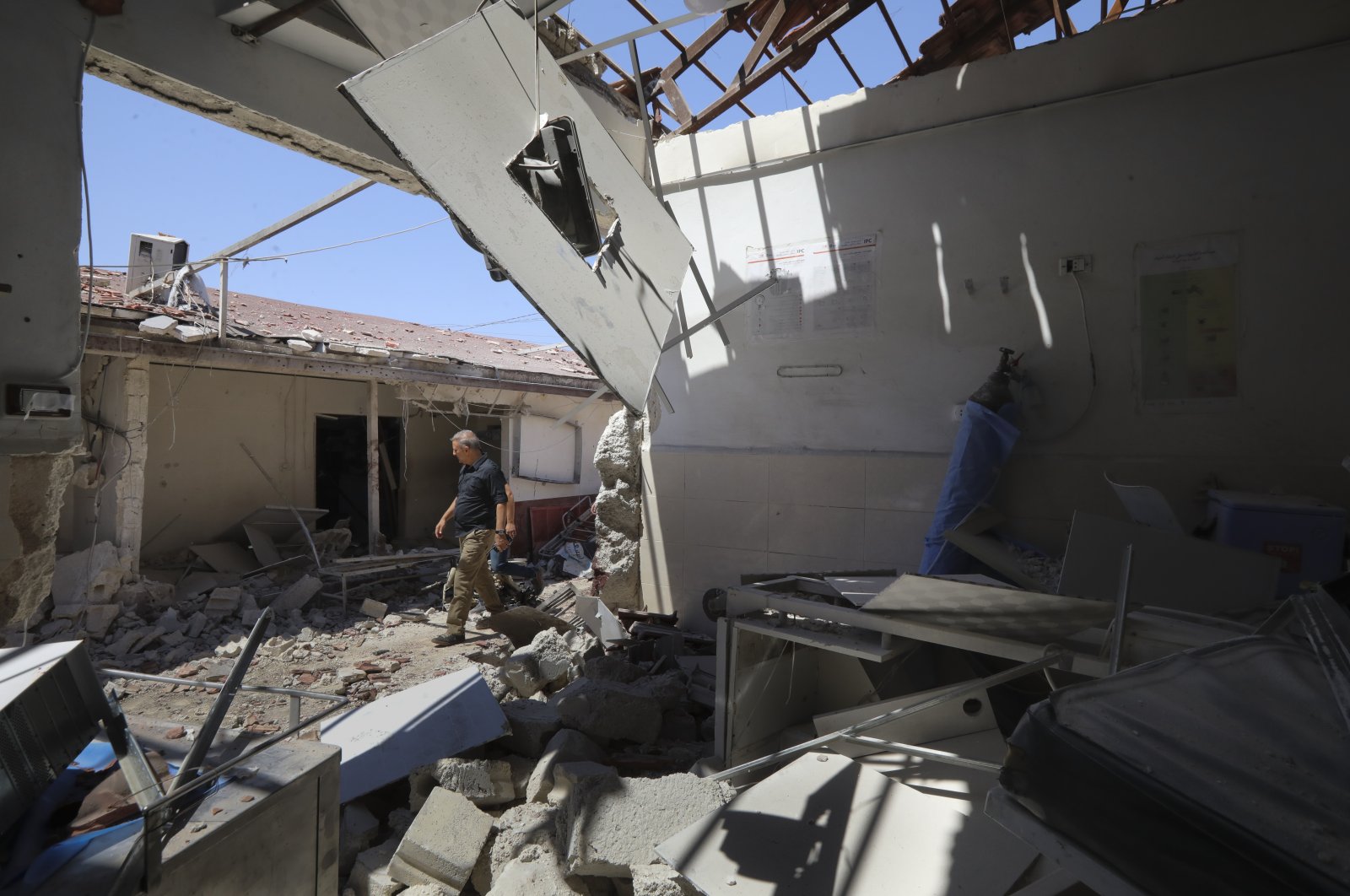 The hospital attack was carried out by YPG/PKK terrorists in Tal Rifaat.

Using Fırtına (Storm) Howitzers, Turkish forces destroyed three so-called headquarters buildings, a shelter, and a position used by terrorists, and killed many terrorists, said the sources on condition of anonymity due to restrictions on speaking to the media.

In a statement, the Governor's Office in Hatay, just across the border, said that grad missile and artillery shells fired by the YPG/PKK from the Assad regime-controlled Tal Rifaat region hit the emergency department of the private Shifa Hospital in the center of the Afrin district.

Afrin was largely cleared of YPG/PKK terrorists in 2018 through Turkey's anti-terror offensive Operation Olive Branch, but the terror group still targets the region to disturb the peace established by the Turkish forces.