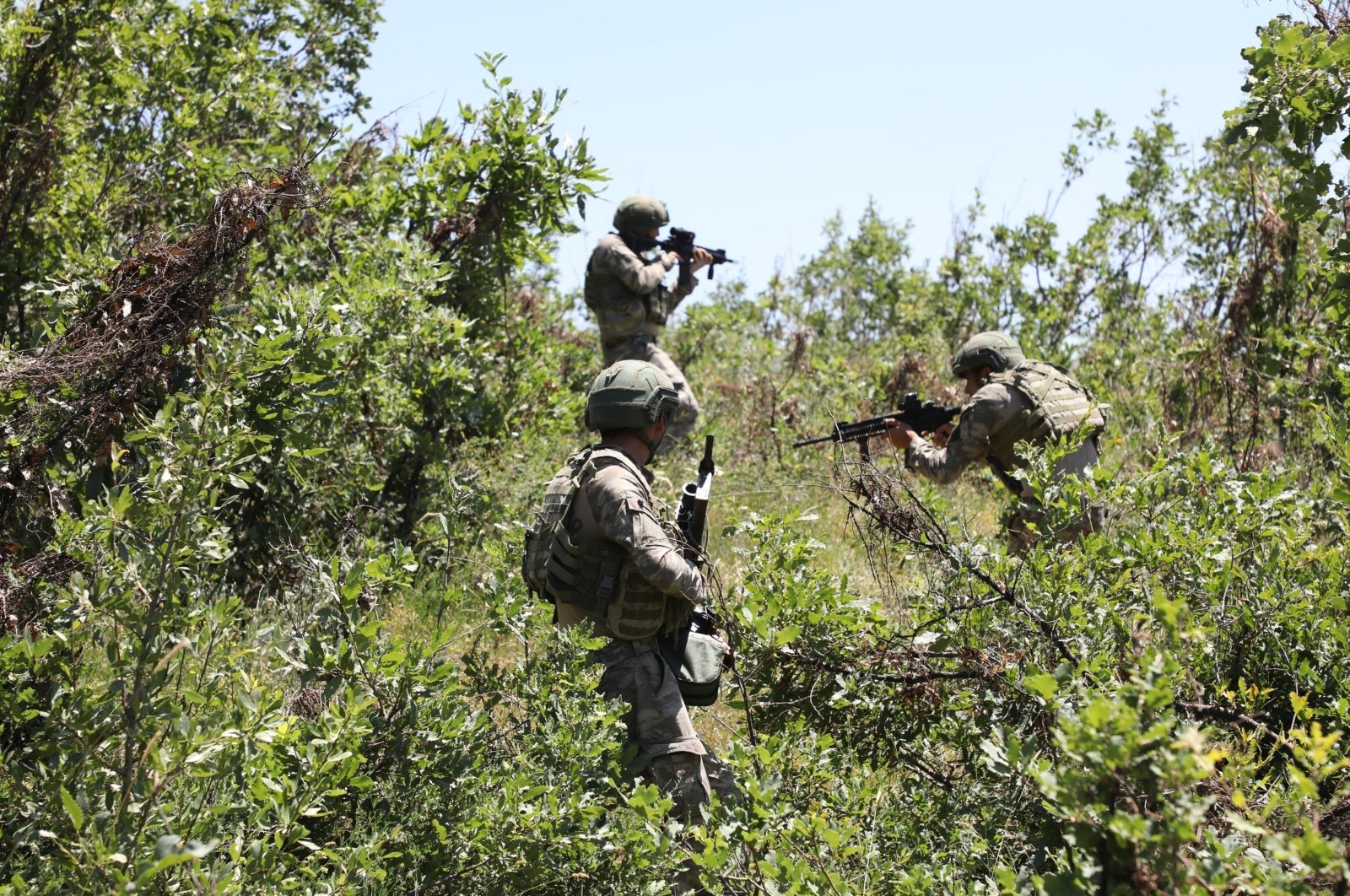 The Turkish military eliminated 3 PKK terrorists in northern Iraq's Hakurk region, a day after two Turkish soldiers were killed in the same region.

In a statement, the Defense Ministry noted that the terrorists were killed in an air operation, carried out in retaliation for the killing of the Turkish soldiers. "We will continue to to destroy all the hideouts of the terrorists," the ministry said.

In its more than 40-year terror campaign against Turkey, the PKK – listed as a terrorist organization by Turkey, the U.S. and the EU – has been responsible for the deaths of over 40,000 people, including women, children and infants.