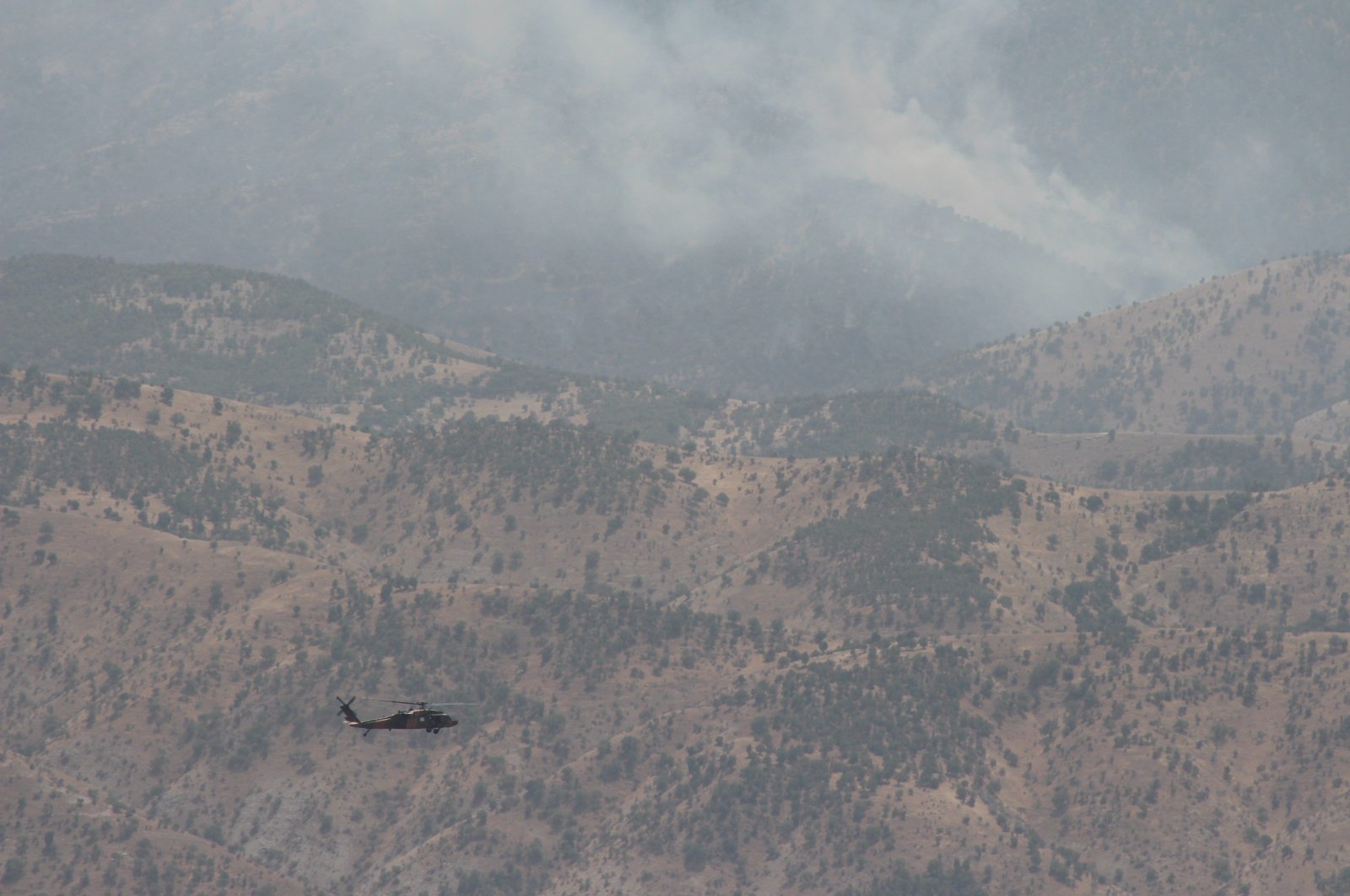 Aerial view of the Metina region in northern Iraq in this undated file photo. (IHA File Photo)
by DAILY SABAH WITH AA Jul 19, 2021 11:11 am
RECOMMENDED

In a statement, the ministry said the terrorists were destroyed by Turkish-made ATAK helicopters in the Metina region as part of Operation Claw-Lightning. Turkish forces continue to eliminate PKK terrorists in their lairs, it added.