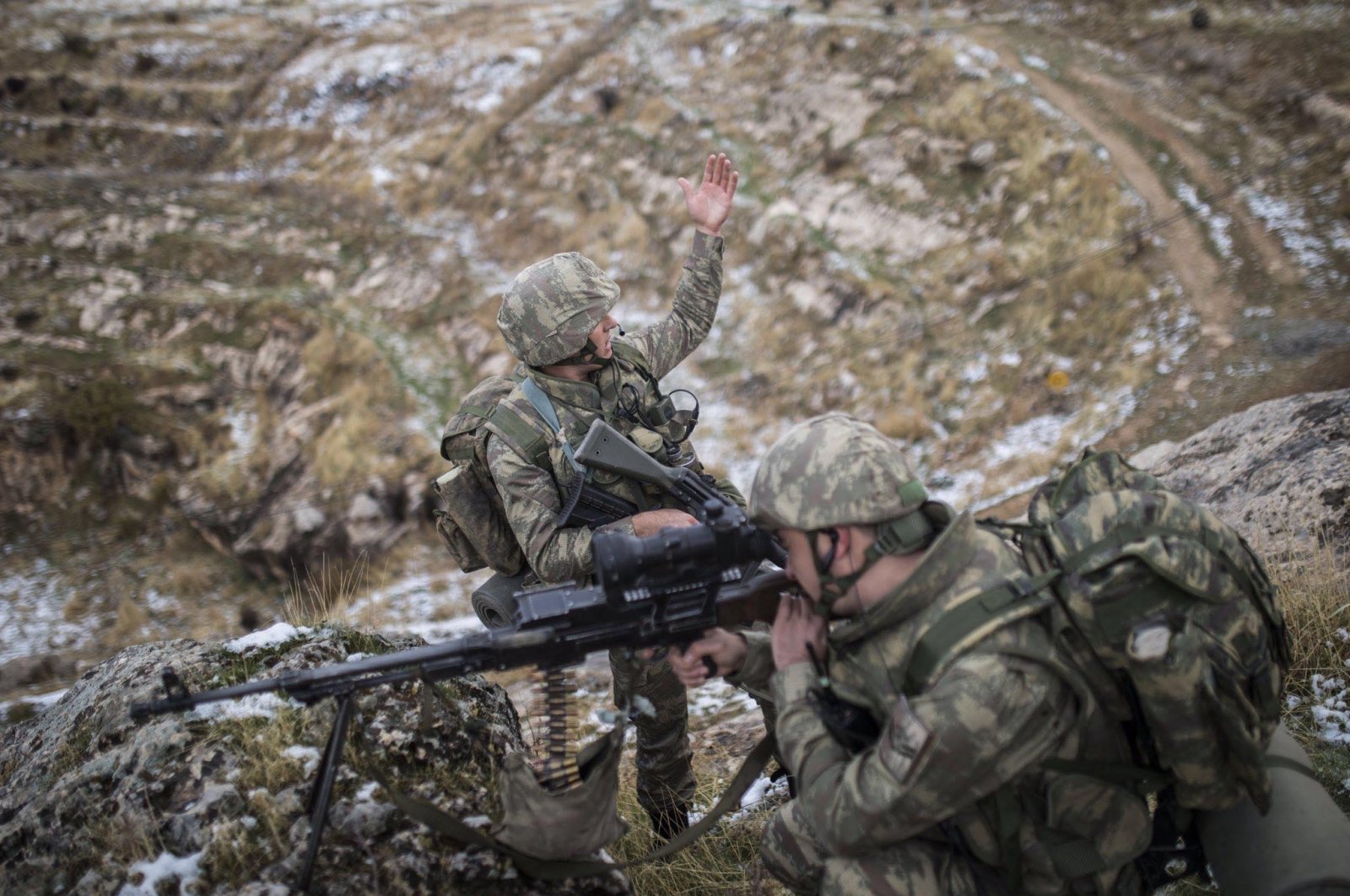 Turkish soldiers take part in a counterterrorism operation against PKK terrorists in the Metina region in northern Iraq. (DHA File Photo)
by DAILY SABAH WITH AA Apr 19, 2021 10:31 am

The terrorists were killed after surveillance and reconnaissance devices determined their location in the Metina region, the ministry said.

The statement continued by saying that the operations against the terrorists will continue resolutely.

PKK terrorists often hide out in northern Iraq, across Turkey’s border, to plan attacks in Turkey.

Turkey has long been stressing that it will not tolerate terrorist threats posed against its national security and has called on Iraqi officials to take the necessary steps to eliminate the terrorist group.

In its more than 40-year terror campaign against Turkey, the PKK, listed as a terrorist organization by Turkey, the U.S. and the EU, has been responsible for the deaths of at least 40,000 people, including women, children and infants.