Turkish mother searches for daughter abducted by PKK in Germany 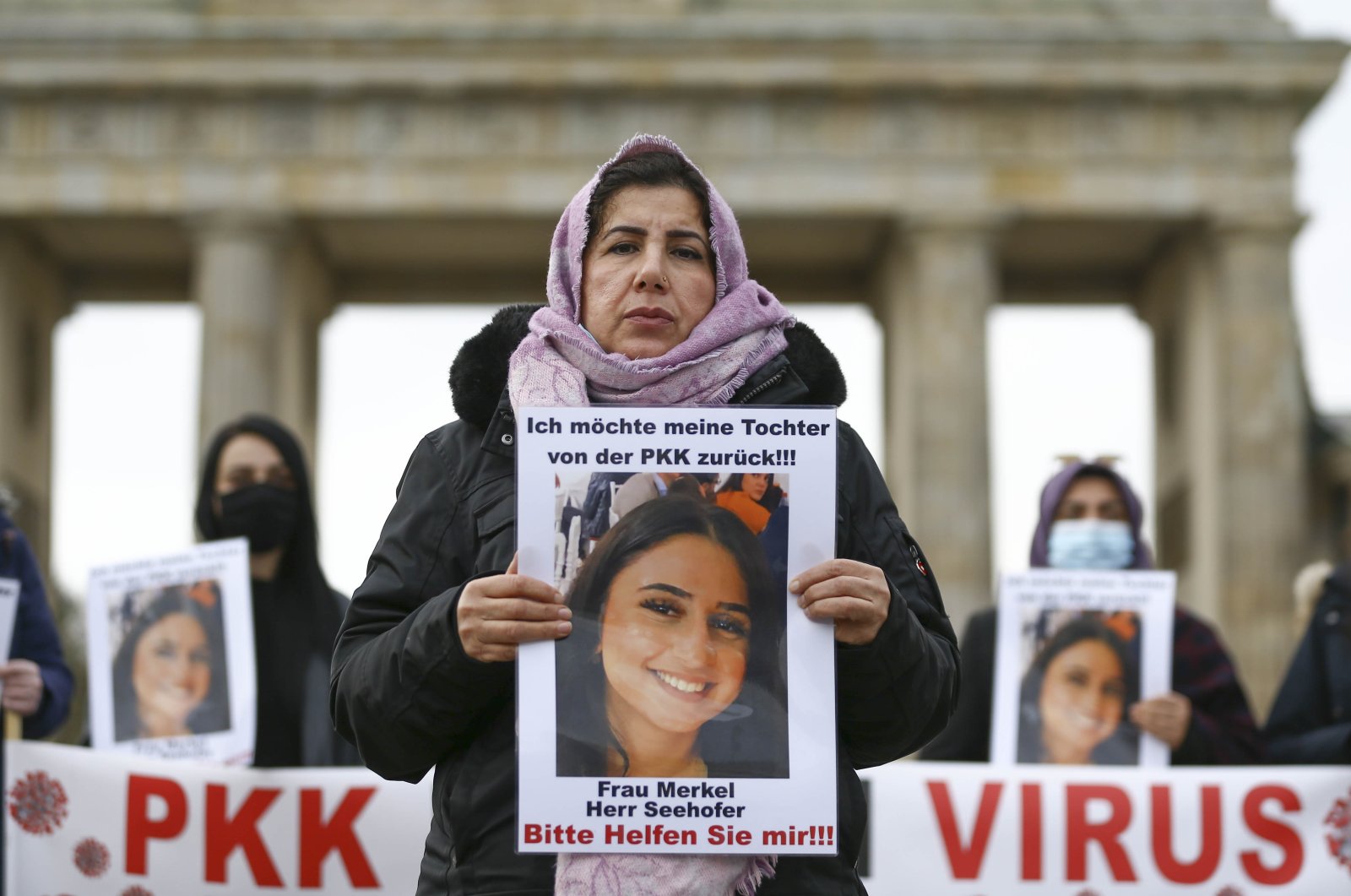 Maide T., whose daughter was kidnapped by the PKK terrorist organization in Germany, continues her protest in front of the German Chancellery.

The mother told Anadolu Agency (AA) that she last saw her daughter Nilüfer T. before she left the house on Nov. 12, 2019, to go to school.

Maide T. initially went to the pro-PKK "Navende Kurdistaniyen li Berlin" association in the German capital to learn about her daughter’s whereabouts. As her attempts brought no result, she launched a protest in February 2020 in front of Brandenburg Gate and the Bundestag.

Touching upon the killing of 13 Turkish civilians in northern Iraq’s Gara region, Maide T. said the PKK showed its real face once again with this action.

"I can understand the families of those who were killed in Gara. I cannot describe this pain. There is nothing as bad as losing your child," she said.

PKK terrorists executed 13 Turkish citizens in a cave in northern Iraq on Sunday after abducting them and shooting most of them in the head.

She added that people should stand firm and act in unity against the PKK terrorist organization.

Dozens of families have been carrying out sit-in protests against the PKK's abduction of their children in front of the People's Democratic Party (HDP) headquarters in southeastern Diyarbakır. The protest started when Hacire Akar turned up on the doorstep of the HDP’s Diyarbakır office one night, demanding to be reunited with her son. Akar’s son Mehmet returned home on Aug. 24, 2019, giving hope to other families. A week later, on Sept. 3, 2019, families inspired by Akar staged a collective sit-in protest.