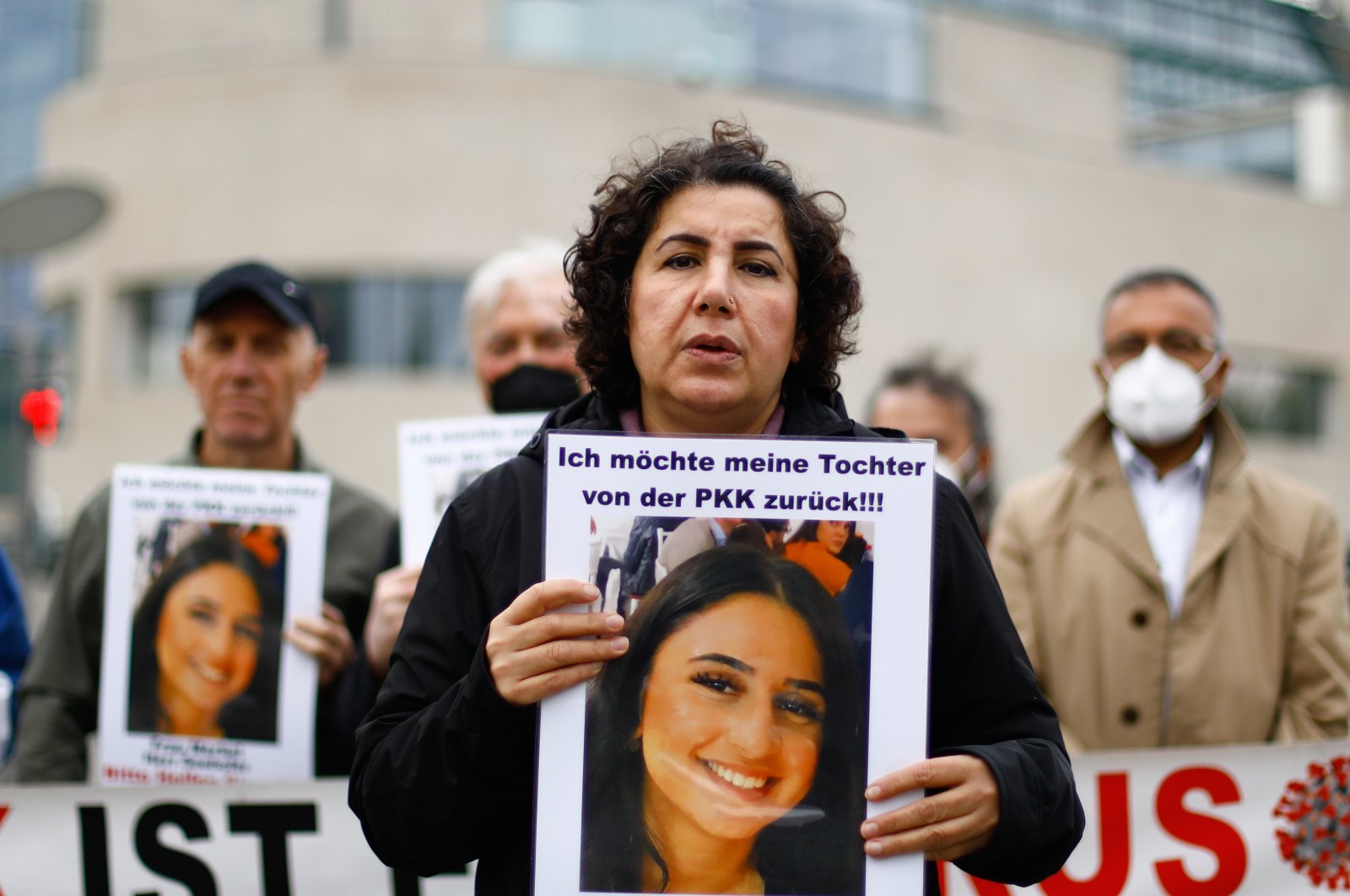 A Turkish German mother whose daughter was kidnapped by PKK terrorists criticized German authorities for their inaction amid her monthslong protests in front of the Chancellery in Berlin.

“Not a single German authority approached me to ask what my problem was,” mother Maide T. told Anadolu Agency (AA) Wednesday, adding that the German government refrains from taking concrete action against the terrorists and has left her calls unanswered.

She continued by saying that Germany only takes action on specific cases for the sake of show and to tell Turkey that they are taking action.

“If they hadn’t supported the PKK this much, the terrorists would not have been able to strengthen themselves the way they have,” the grieving mother said.

Meanwhile, the co-Chair of the Green Party Robert Habeck spoke with Maide T. and gave his contact information to keep in touch about developments on her daughter’s fate.

Maide T. initially went to the pro-PKK "Navende Kurdistaniyen li Berlin" association in the German capital to learn about her daughter’s whereabouts. As her attempts brought no result, she launched a protest in February 2020 in front of Brandenburg Gate and the Bundestag.

It has waged a terror campaign against Turkey for more than 40 years and has been responsible for the deaths of nearly 40,000 people, including women and children.

PKK supporters have been allowed to hold rallies, recruit terrorists and collect funds in Germany, which is home to some 5 million people of Turkish and Kurdish origins. The PKK is still active, with nearly 14,000 followers among the country's Kurdish immigrant population.