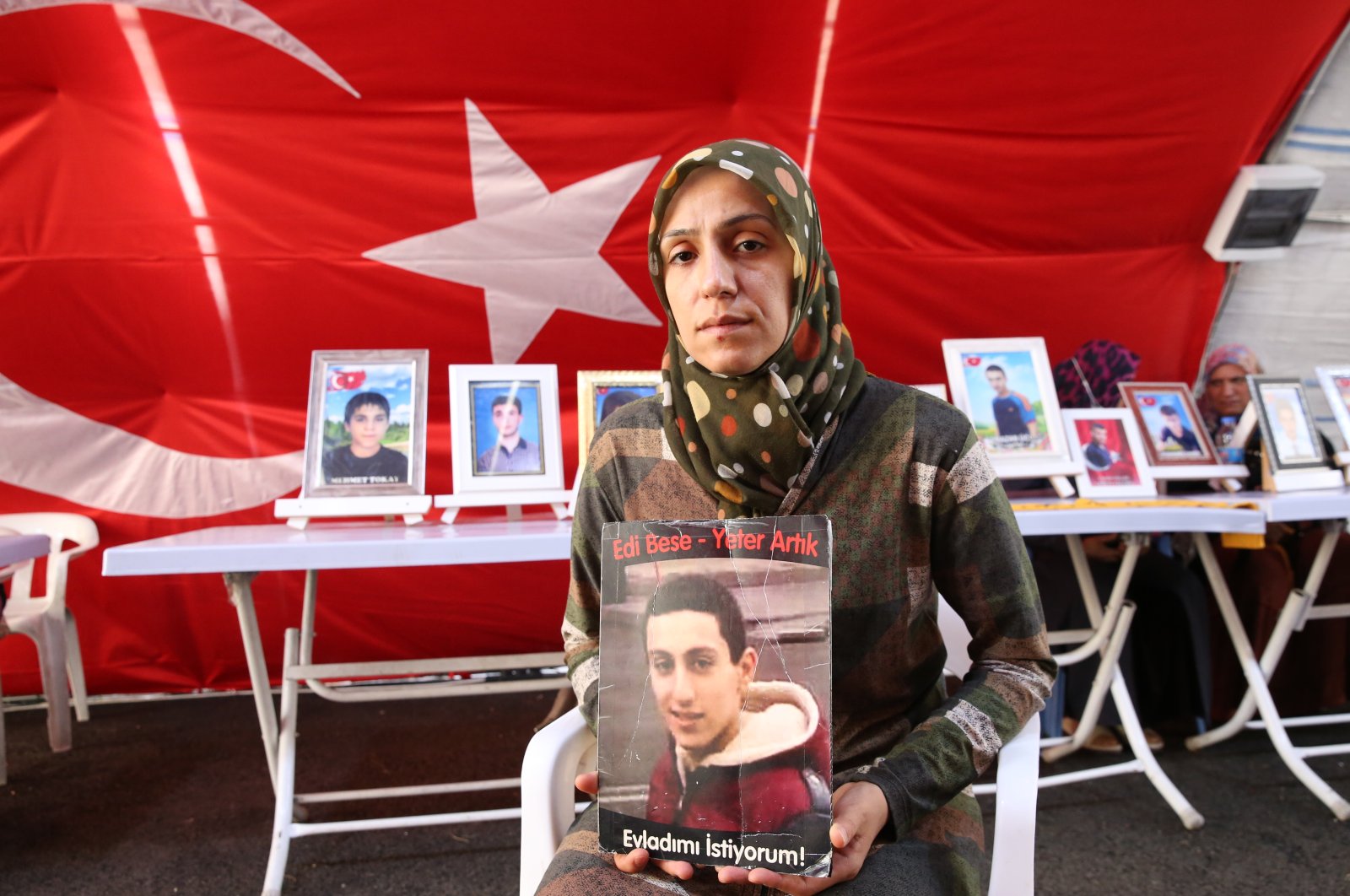 Three of the terrorists' parents have been protesting in front of the pro-PKK Peoples' Democratic Party (HDP) headquarters in southeastern Diyarbakır province for almost 11 months now. The ministry noted that the terrorists joined the PKK between 2014-2020.

With the latest additions, the number of terrorists who surrendered to Turkish security forces has reached 114 this year, the ministry said, adding that it will mark the 31st time a protesting family reunites with their child. President Recep Tayyip Erdoğan called mother Ayşegül Biçer to congratulate her for reuniting with her son Mustafa, who joined the PKK in 2018 at the age of 17.

"This is your victory. Both Hacire Akar and all of you stood upright, and your stance has thankfully paved the way for your children to return," the president told Biçer, as he noted that he was delighted to receive the news. Biçer responded by saying that the parents could not have waged their struggle without the president's support and that she will celebrate her son's return.

Meanwhile, announcing that three more families would reunite with their children, Interior Minister Süleyman Soylu hailed the mothers' victory. "The new era is the era of mothers. Down with terrorism, hail the mothers," Soylu said on Twitter.