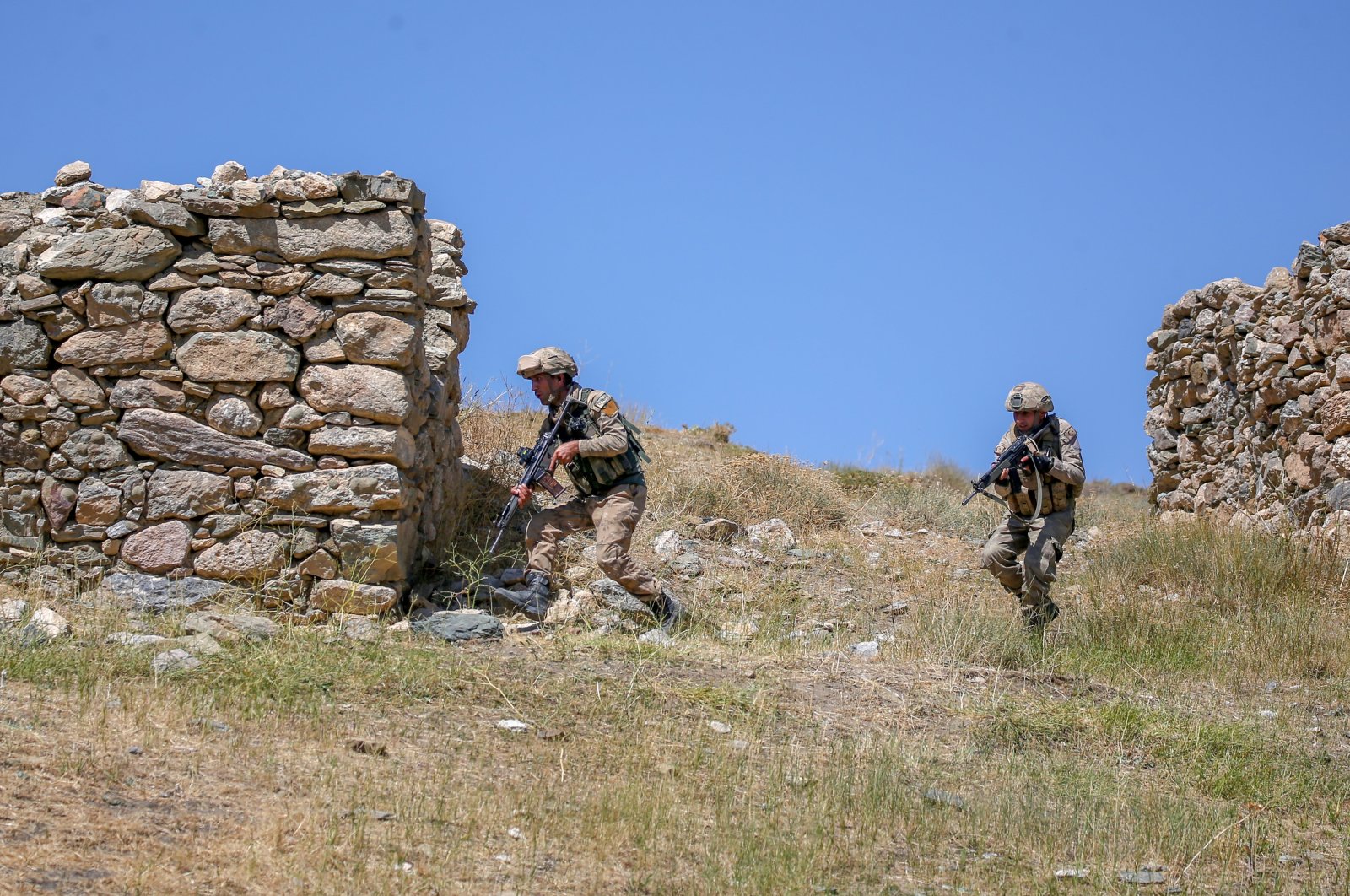 Turkish soldiers take part in a counterterrorism operation in eastern Van province. (AA File Photo)
by DAILY SABAH WITH AA May 06, 2021 11:43 am
RECOMMENDED

Operation Eren-15 Mt. Ağrı-Cemce Madur, named after Eren Bülbül, a 15-year-old teen killed by the PKK terrorist organization in 2017, was launched to eliminate the PKK presence in the country and eliminate terrorists in the region, the ministry said.

"The Operation Eren series, launched to eliminate terrorism from the country completely, continues successfully with faith and determination with the support of our public," the ministry added.