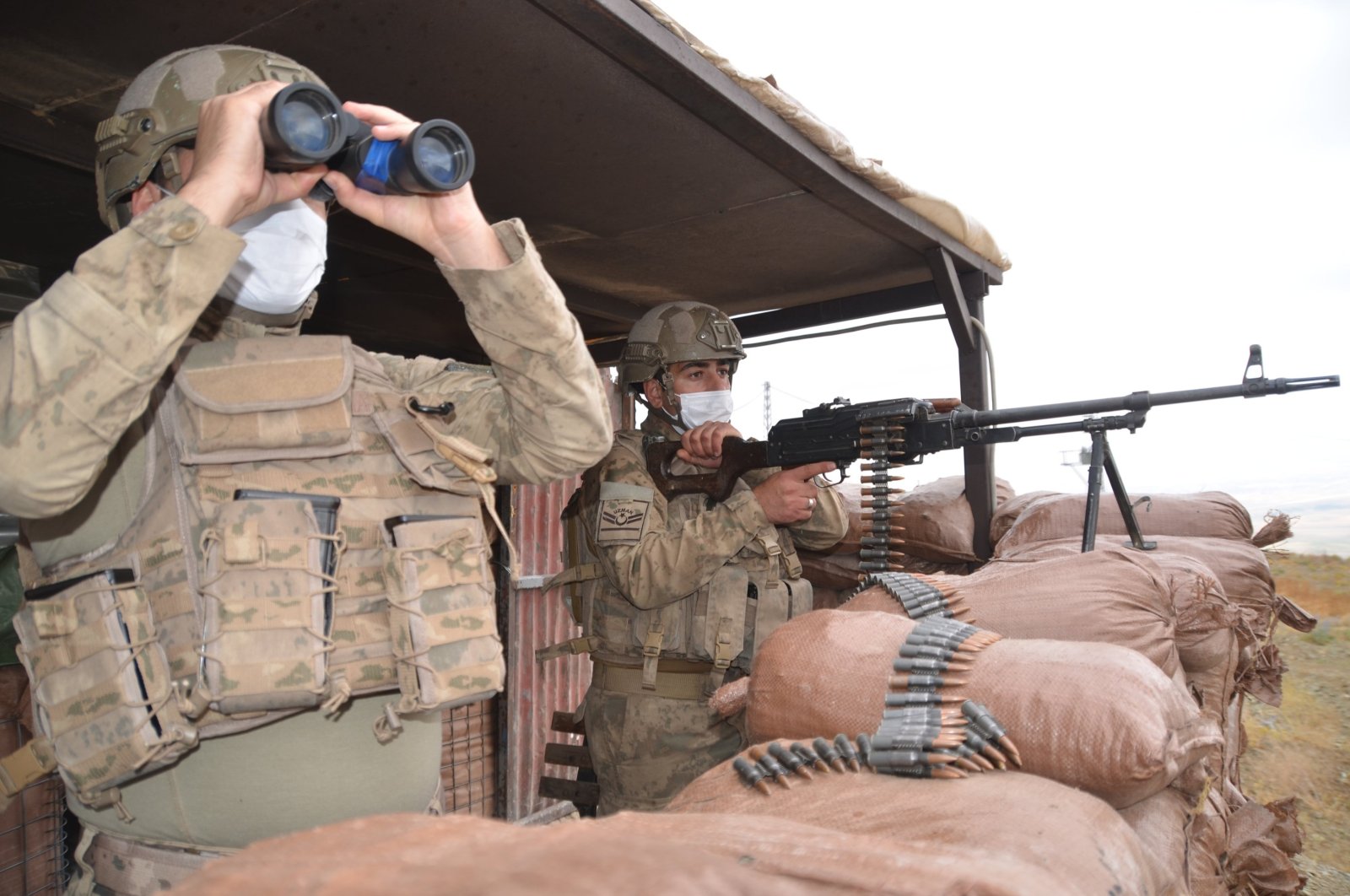 Three terrorists were targeted in a coordinated operation by the Turkish Armed Forces (TSK) and National Intelligence Organization (MIT) in the Haftanin region, the ministry said while the rest was eliminated in Iraq’s Metina.