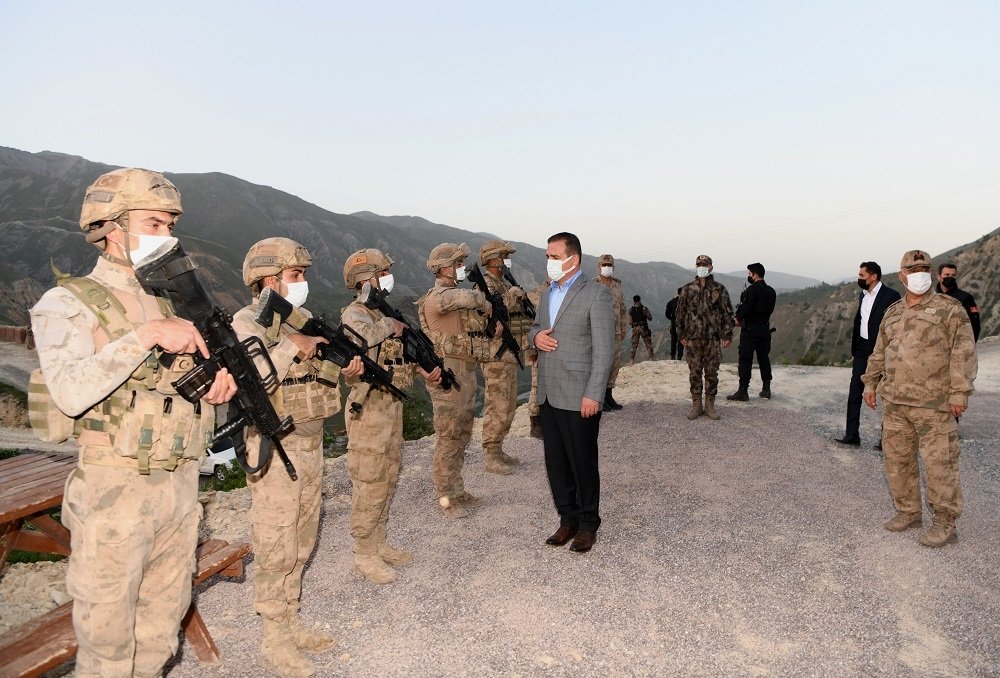 Turkish troops taking part in operations against the PKK are seen in the southeastern border province of Hakkari, Turkey, May 11, 2021. (AA Photo)
by Anadolu Agency May 19, 2021 1:01 pm

One of two PKK terrorists recently killed in southeastern Turkey was found to be on the country's wanted list, the ministry said.

Identified as Aydın Şimşek and code-named Agit Bismil, the terrorist was responsible for injuring and killing of many civilians since 2018 and was wanted in the red category by authorities with a bounty of up to TL 10 million ($1.2 million), the ministry said on Twitter.

The ministry's wanted list is divided into five color-coded categories, with red as the most wanted, followed by blue, green, orange and gray.

The terrorists were neutralized in the Lice district of Diyarbakır province as part of internal security operations following the reports from Turkey's National Intelligence Organization (MIT), it added.