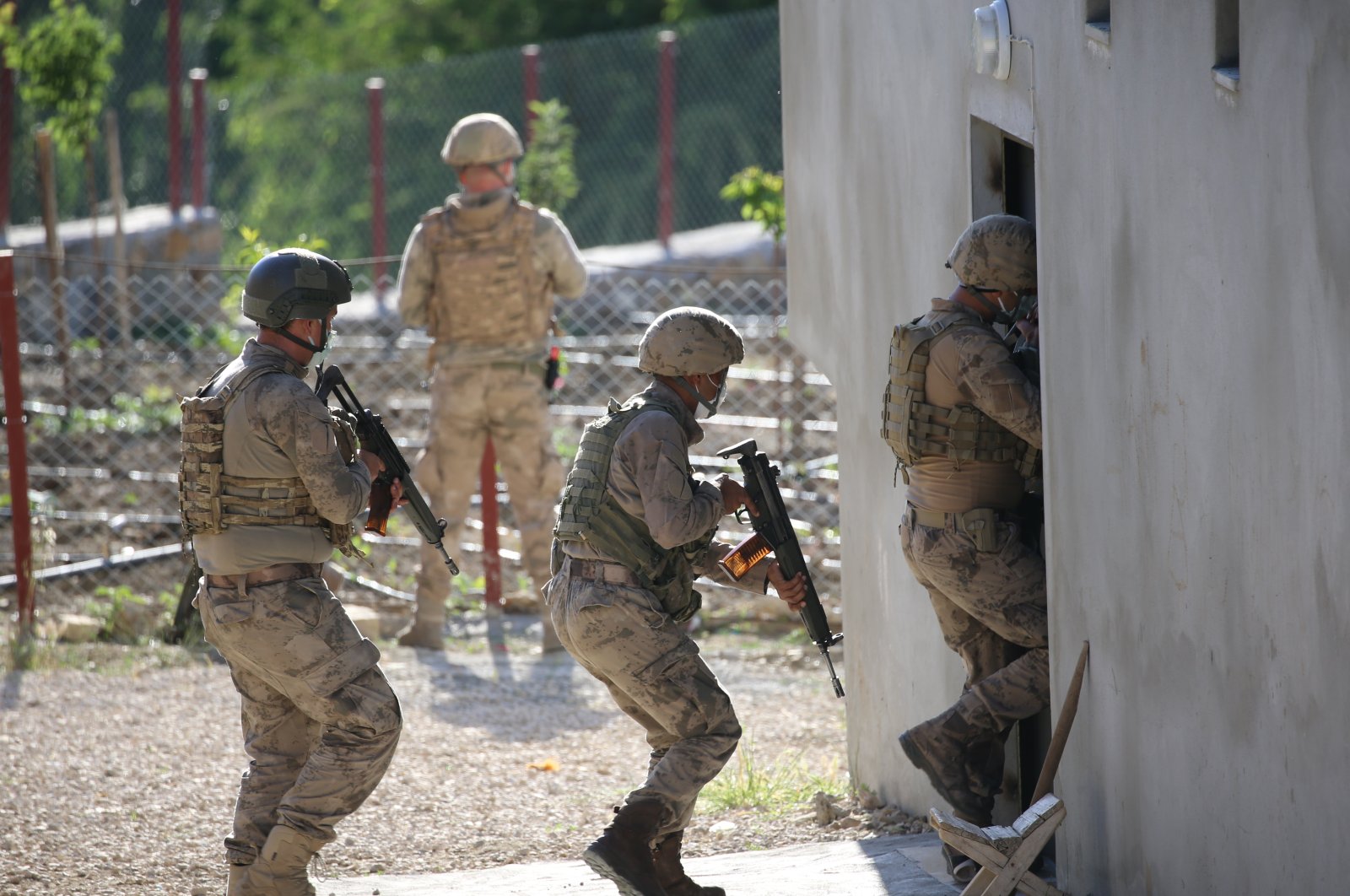 An operation was launched by the provincial gendarmerie command in eastern Diyarbakır province's Lice district, Turkey, May 26, 2021. (AA Photo)
by DAILY SABAH Jun 07, 2021 11:19 am
RECOMMENDED

The terrorist was among two others killed as part of Operation Eren-1 by the Turkish Gendarmerie Special Forces in a rural area in the Başkale district, a ministry statement said.

Among the terrorists was Gökhan Demir, code-named Agit, who was in the gray category of the Interior Ministry's wanted list, the statement said, adding he was the head of the terrorist group in Başkale.

Demir was among the perpetrators of the terrorist attack carried out in the Özalp district of Van in May 2020. A municipal employee and a civilian were killed and another municipal employee was injured in the armed attack targeting a vehicle of the Vefa Social Support Group.

In its more than 35-year terror campaign against Turkey, the PKK – listed as a terrorist organization by Turkey, the US, and the EU – has been responsible for the deaths of over 40,000 people, including women, children and infants.