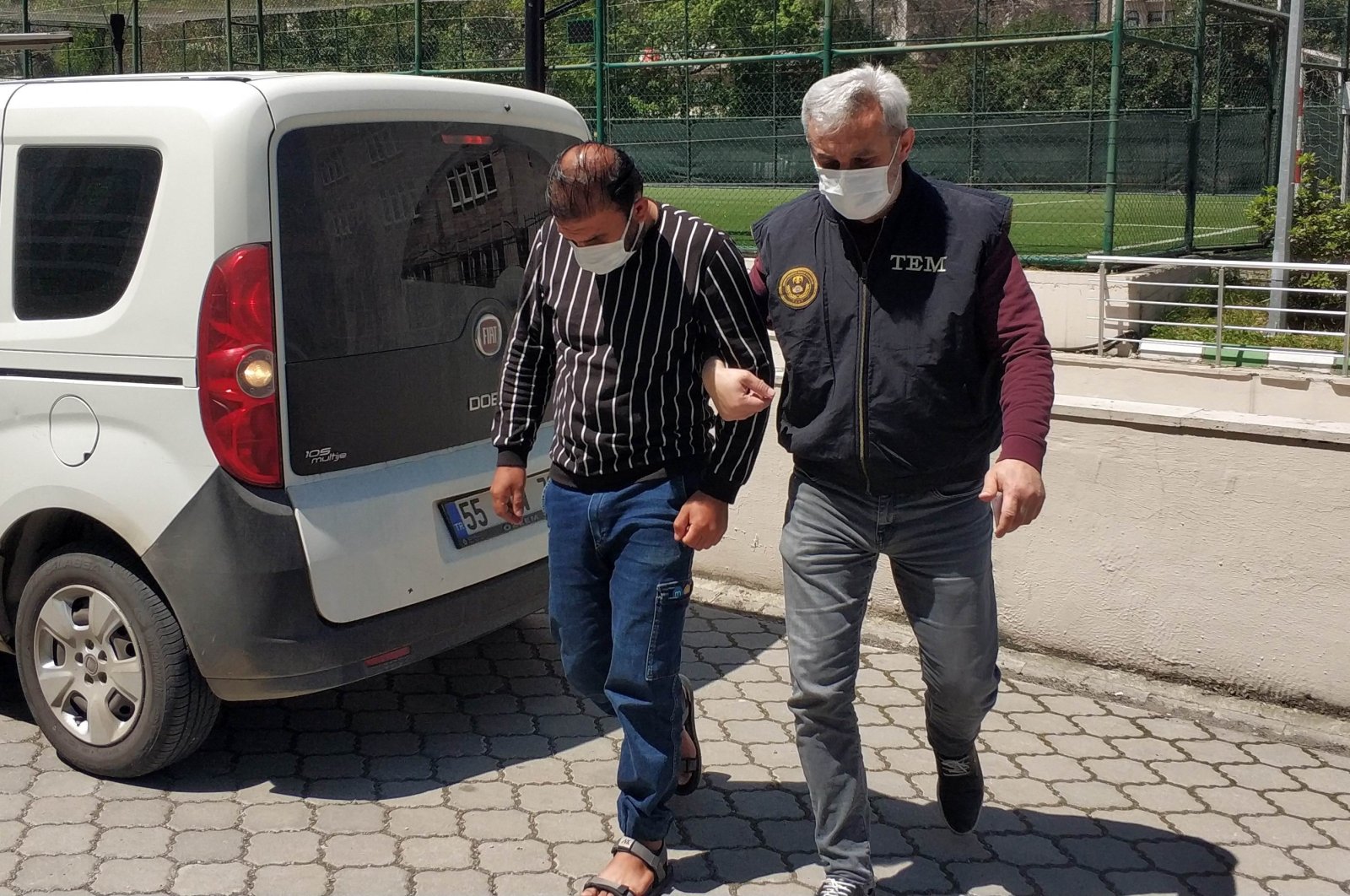 An Iraqi national (L) is taken into police custody under suspicion of having links to the Daesh terror group, northern Samsun province, Turkey, May 7, 2021. (IHA Photo)
by DAILY SABAH WITH AA May 07, 2021 12:54 pm

Turkish security forces on Friday detained at least eight individuals suspected of having links to the Daesh terror group in an operation in Turkey's most populated metropolis, Istanbul.

Provincial anti-terror units simultaneously raided 15 addresses across 10 Istanbul districts and made the arrests, according to a source who spoke on condition of anonymity due to restrictions on speaking to the media. The suspects are still currently under investigation.

Meanwhile, another Iraqi national suspected of being linked to Daesh was arrested in northern Samsun province and will be deported, security sources reported Friday.

Turkey detained 145 suspects last month in counterterrorism operations against the Daesh terrorist organization. Turkish security forces, who have mainly been conducting operations in the capital Ankara and Istanbul, dealt a heavy blow to the organization by preventing terror acts and arresting so-called high-ranking members.