US seeks $522M for aid program that includes YPG/PKK terrorists 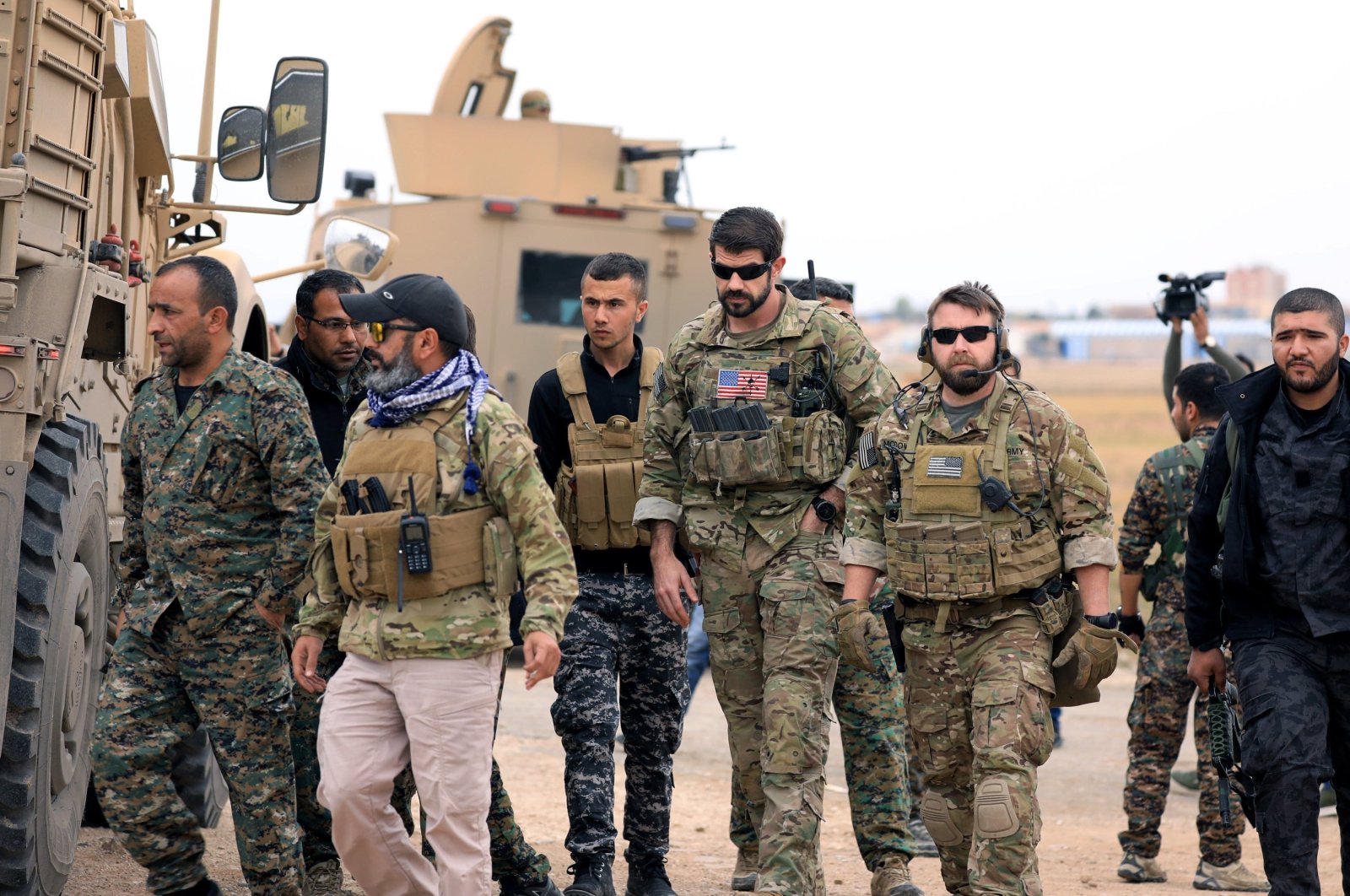 YPG terrorists and U.S. troops are seen together during a joint patrol near the Turkish border in Hassakeh, Syria, Nov. 4, 2018. (Reuters Photo)
by Anadolu Agency May 28, 2021 11:23 pm
RECOMMENDED

The United States Defense Department has requested over $500 million in aid Friday to be distributed to various groups, including the YPG/PKK terrorist group, which the U.S. is partnering with in Iraq and Syria under the pretext of fighting Daesh terrorism.

In all, the Pentagon is seeking $522 million from Congress to fund the groups for the fiscal year that begins in October, including $345 million to aid Iraqi security forces and an additional $177 million to assist what the Pentagon is referring to as "Vetted Syrian Groups and Individuals."

It does not break down how much of the nearly $180 million is going to be allocated to the YPG-led SDF, the U.S.'s main partner in Syria in the anti-Daesh fight, but it would presumably be the lion's share. The U.S. also works with Syrian opposition groups in Homs governorate at a garrison in at-Tanf near the Iraqi border.

U.S. support for the YPG-led SDF in Syria has been a major strain on bilateral relations with Turkey. The YPG is the Syrian offshoot of the PKK, a designated terrorist group in the U.S., Turkey and the European Union.

The funding levels for Iraqi and Syrian groups represent reductions from levels requested for the current fiscal year under former President Donald Trump. The Defense Department requested $645 million to aid partners in Iraq, and $200 million to assist the Syrian groups for the 2021 financial year.

Turkey has aimed to prevent the YPG from establishing a de facto autonomous region in northern Syria, which would border Turkey and connect the so-called northwestern Afrin "canton" to the so-called Ain al-Arab, also known as Kobani, and Jazeera "cantons" in the northeast. Ankara describes this as a “terror corridor” posing a grave security threat to its national security, underlining its possible impact on the PKK’s activity within Turkish borders.

The PKK, which is listed as a terrorist organization by Turkey, the United States and the EU, has waged a terror campaign against Turkey for more than four decades and has been responsible for the deaths of nearly 40,000 people, including women and children. The YPG is the Syrian derivation of the PKK terrorist group.