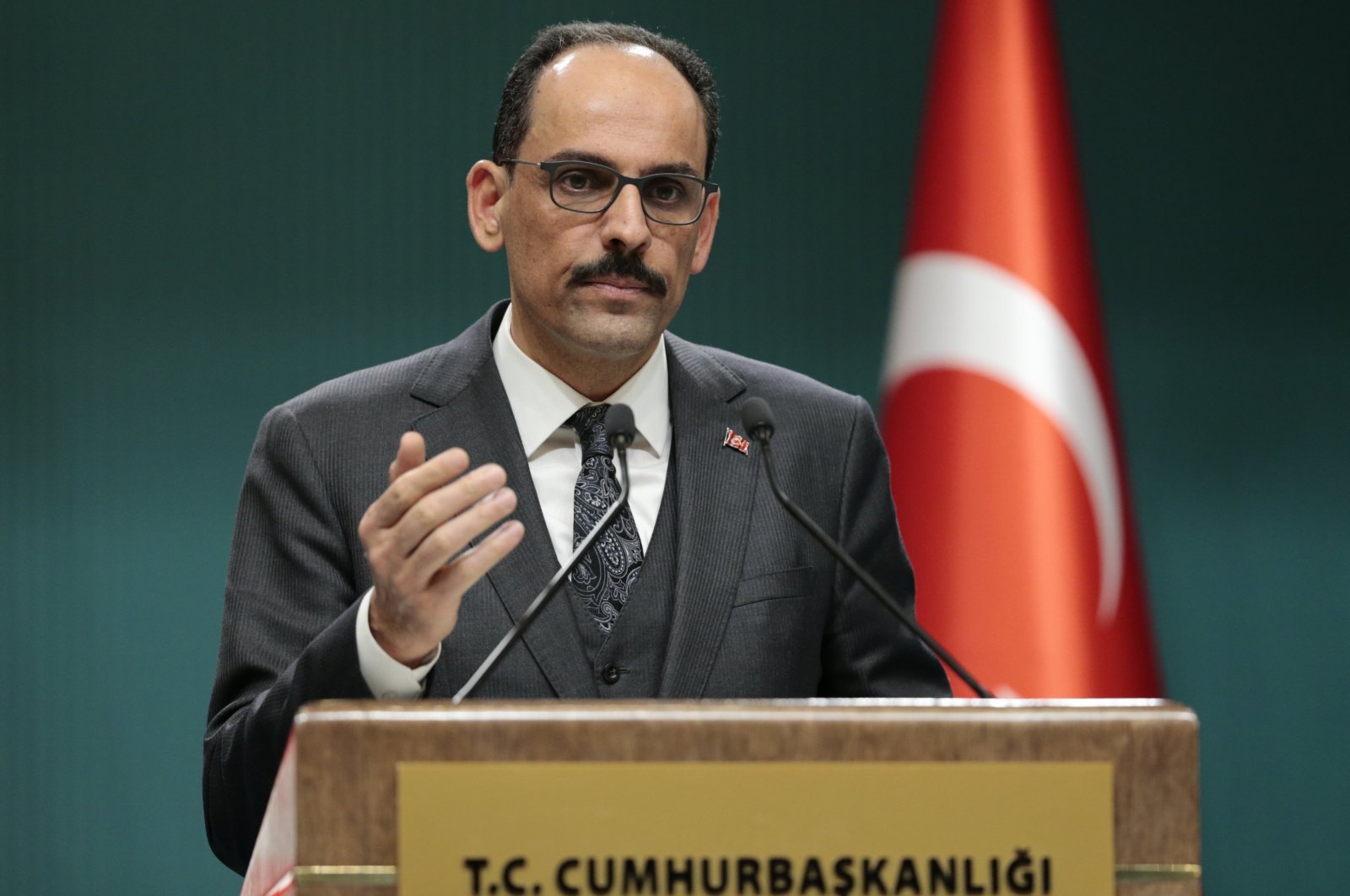 The world has turned a blind eye and remains silent to the bloody attacks by the PKK terrorist group, Presidential Spokesperson Ibrahim Kalın said in a tweet on Sunday, following the PKK executing 13 Turkish citizens by shooting them in the head in a cave in northern Iraq after abducting them.

"PKK executes 13 civilian captives in a cave in #Gara, Iraq. It attacks Turkish & Iraqi security forces & civilians. It continues its terrorist attacks in northern Syria. The world is silent. This silence is a shameful act of complicity. But we will not remain silent," Kalın said in a tweet.

“In preliminary investigations, it was determined that 12 of our innocent and unarmed citizens were shot in the head and martyred while another was shot in the shoulder and martyred,” Defense Minister Hulusi Akar said Sunday in a statement.

"While our activities in the Operation Claw-Eagle 2 area continue, in a search of a cave taken under control following intense clashes, the bodies of 13 of our abducted citizens were found," said Akar. According to the initial information obtained from the two terrorists captured alive, our citizens were martyred at the start of the operation by the terrorist responsible for the cave,” he said, adding that all the executors in the cave were either captured or killed.

“With the operation carried out mostly using domestically developed weaponry, the terror group was dealt a heavy blow in the (Gara) region,” Akar added. "The operation has been completed. Our land and air elements have returned to their bases and barracks safely," he said at the operations center on the border in southeastern Şırnak province.

Akar stressed the reason behind launching the operation was Turkey's right to self-defense, according to international law, to prevent the PKK/KCK terror groups' efforts to re-establish positions, which they often use to carry out cross-border attacks that target military personnel as well as civilians.