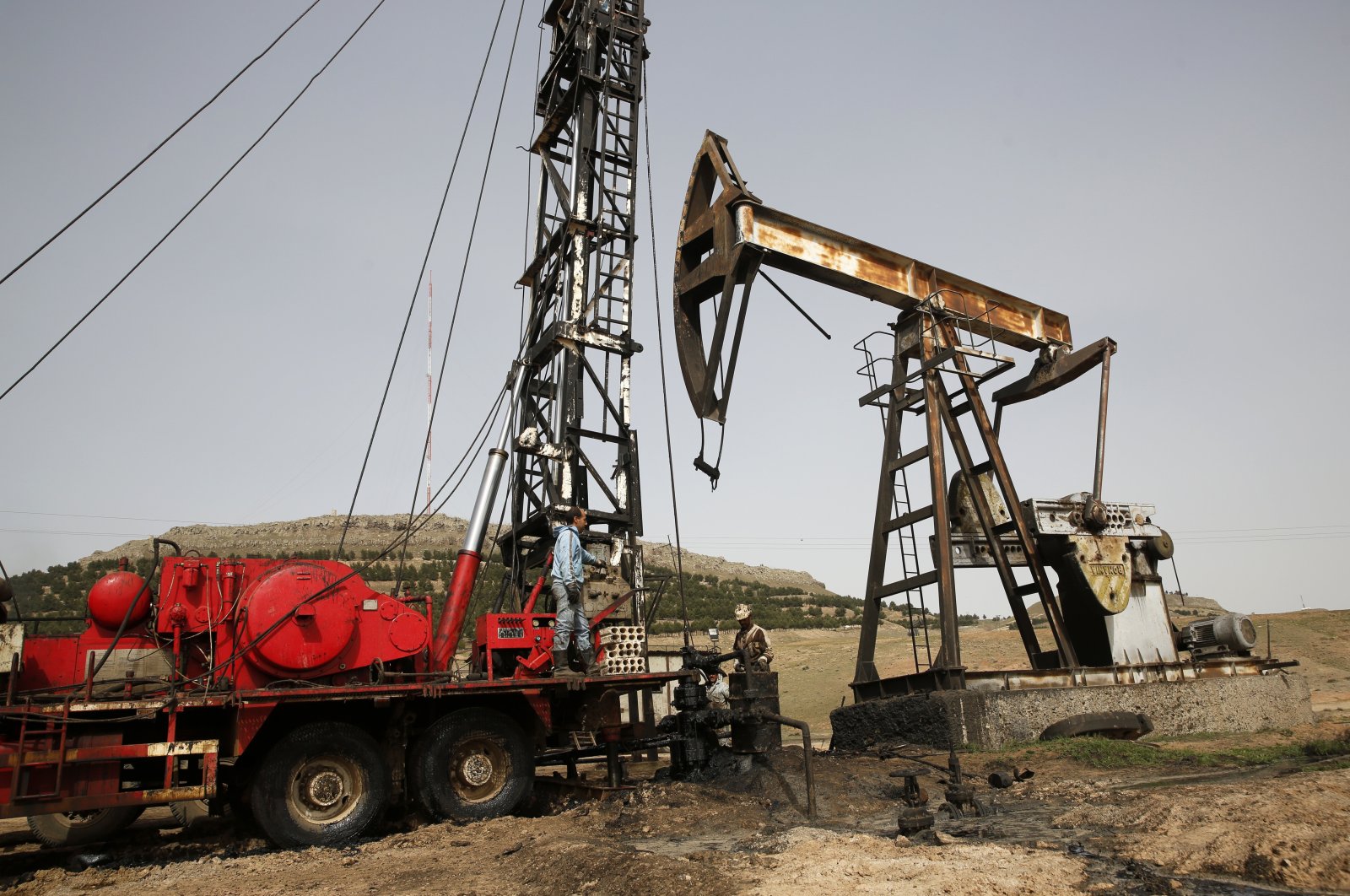 According to Anadolu Agency (AA), YPG terrorists, which control 70% of the oil resources in the war-torn country and also trade oil with the Syrian regime, deprive locals of their hometown’s fertile resources, ignoring the fact that winter is quickly approaching and oil is now becoming an utmost necessity.

Reports from the field say that diesel fuel, which was supposed to be distributed among people who held on to the ration cards they received in September, is still being denied to the public on the excuse that there is not enough of it or it is low quality.

Tricked by the YPG and left without any oil, locals are forced to turn to the black market to meet their needs.

The majority of the families who are suffering from the actions of the terrorist group are selling their ration cards cheaply to diesel fuel operators and are then compelled to buy the fuel off the black market for a price three times more expensive than its original value.

The Syrian pound, which held steady at around 500 to the dollar for several years, went into a free fall last year, hitting a low of 3,000 in June, in anticipation of fresh sanctions from the U.S.

Speaking to AA, a local who wished to remain anonymous said the YPG “deliberately” refuses to distribute diesel fuel among the people in order to force them to sell their ration cards to either merchants or oil operators in the region.

As far as the terrorist group’s oil trade with the Syrian regime is concerned, the local man said that if the oil is not being sold to the people at high prices, it is being “smuggled” to the regime-controlled area.

Approximately 500 trucks of oil are reportedly being sold to the regime authorities every day by YPG terrorists.

A quiet partnership has existed between the terrorists and the Syrian regime, whereby Damascus buys the surplus fuel through middlemen in a smuggling operation that has continued despite political differences. The oil was expected to be a bargaining chip for YPG terrorists to negotiate a deal with the Syrian regime, which unsuccessfully tried to reach the oil fields to retake them from Daesh.

At the beginning of the month, AA reporters recorded footage of the oil resources and tankers belonging to Hussam Katerji, who is a deputy listed on the U.S. sanctions list against Syrian officials.

On Nov. 9, the U.S. Treasury Department said in a statement that it slapped sanctions on Syrian military officials, members of the parliament and regime entities, as well as on Syrian and Lebanese people it accused of attempting to revive Syria’s petroleum industry.

The action aims to push Bashar Assad’s regime back toward United Nations-led negotiations and broker an end to the country’s nearly decadelong war.

Syria produced around 380,000 barrels of oil per day before the civil war erupted following a crackdown on protests in 2011, with Iran and Russia backing Assad’s regime and the U.S. supporting the opposition.

Deir el-Zour, located on the Iraqi border, has 11 oil fields. These oil fields make up around one-third of the energy resources of Syria.

Koniko, the biggest natural gas facility in the province, was captured by YPG terrorists on Sept. 23, 2017. The biggest oil field, al-Omar, was captured a month later on Oct. 22, 2017.

The U.S., which has designated the PKK as a terrorist organization, still allies itself with the YPG in Syria.

After announcing the withdrawal of U.S. troops from Syria twice, U.S. President Donald Trump has added more complexity to the U.S. military’s mission in the region by claiming a right to Syria’s oil.

In August, an oil agreement between an American company and the YPG in northern Syria was signed, eliciting harsh condemnation from Turkey, which accused the U.S. of “financing terrorism,” saying that the country’s natural resources belong to the Syrian people.