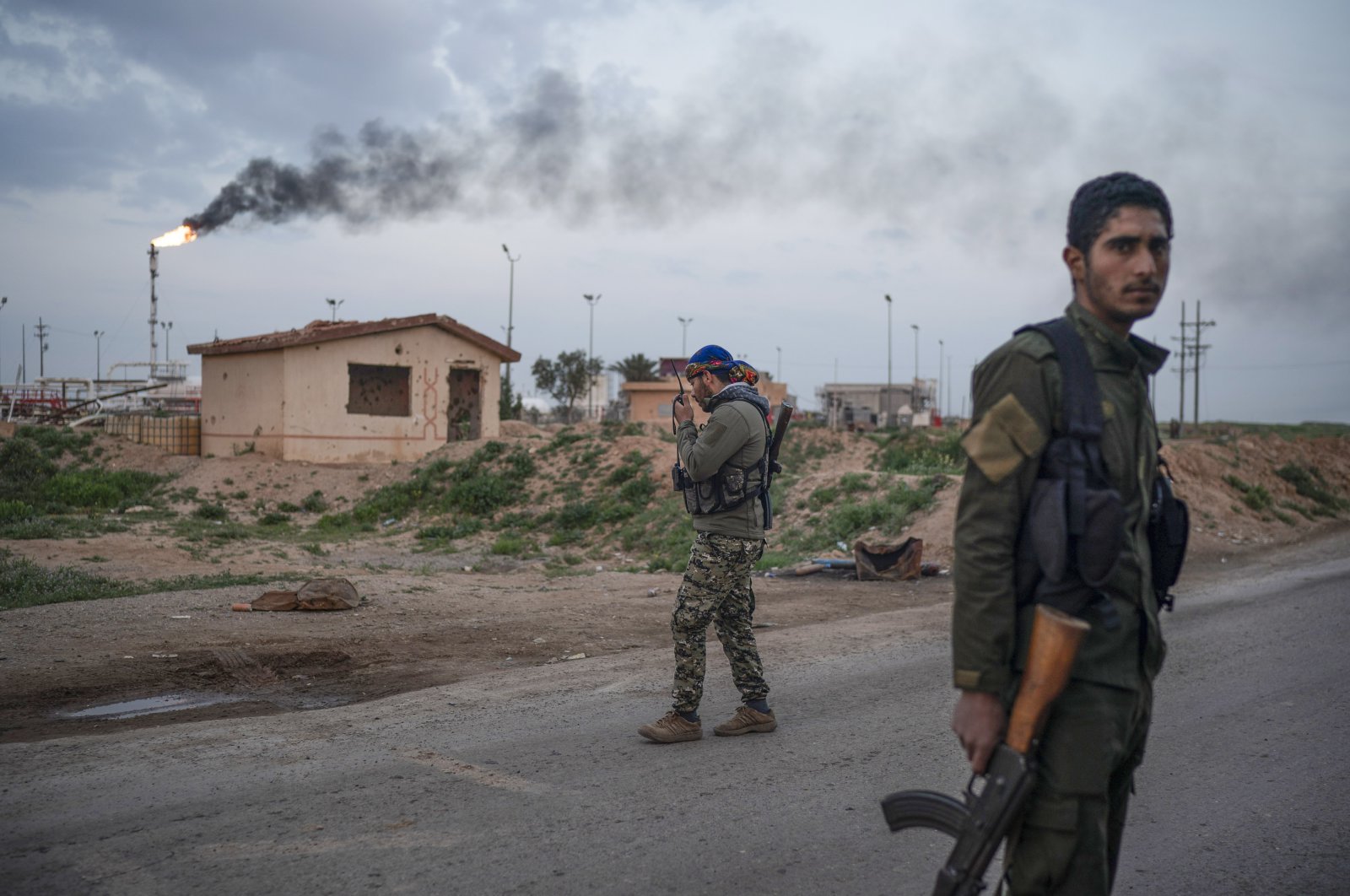 The YPG terrorist group, the Syrian wing of the PKK, closed Monday a border gate between northern Iraq and Syria to civilian crossings, according to local sources.

Before the terrorist group stopped the crossings, northern Iraq's Kurdistan Regional Government (KRG) had allowed civilians who applied online to go through the Semalka border gate from Hassakeh, a Syrian province under YPG/PKK occupation.

The KRG had enacted the system to counter the one in place that allowed only people on the lists of the U.S.-backed YPG terrorist group to cross.

But on Monday, the terrorist group reasserted control over the border, closing it to civilian crossings altogether.

On Sunday, on the eve of the YPG/PKK move, TV channel Kurdistan 24, based in the KRG's capital Irbil, ended its activities in regions under YPG/PKK occupation.

Tensions between the YPG/PKK and KRG have been rising since last December when the terrorist group PKK moved in Hassakeh against the Kurdistan Democratic Party (KDP), the largest party in the semiautonomous KRG region.

The terrorist group, disturbed by the Baghdad-Irbil agreement of Oct. 9, 2020, which will end PKK presence in the Sinjar region, is trying to spread the instability it has created in the occupied regions to the north of Iraq with terrorist acts and to divert attention from Sinjar.

On Oct. 9, the Iraqi prime minister's office announced it reached a "historic deal" with the KRG, an agreement that will bolster the Iraqi federal authority in Sinjar under the constitution in terms of governance and security. The Iraqi prime minister's spokesperson, Ahmed Mulla Talal, said in a Twitter statement that the agreement will end the authority of intruding groups in Sinjar, referring to the PKK.

Following the deal, the Turkish Foreign Ministry said in a statement that it hoped the agreement would be carried out in a way that enables the reinstatement of Iraqi control in Sinjar, the eradication of Daesh and PKK terrorist organizations and their extensions from the region, and ensure the safe return of Yazidis and the other people of the region who have been subject to grave oppression and persecution, first at the hands of Daesh and then by the PKK.

Serbest Lezgin, the KRG deputy minister of Peshmerga affairs, had said the terrorist YPG/PKK attacked KRG Peshmerga forces with heavy weapons along the Syrian border on the night of Dec. 15. He added that international coalition forces led by the U.S. have been providing weapons and aid to the YPG/PKK for years under the name of fighting the terrorist organization Daesh.

Later YPG/PKK terrorists attacked and set fire to some offices of the Syrian Kurdish National Council (ENKS) in Hassakeh, which is under the auspices of the KDP.

While the tension between the parties continued, three people, including the YPG/PKK's so-called representative in Irbil, Mustafa Osman Halil, were detained at Irbil airport in northern Iraq on June 10.

In its more than 40-year terror campaign against Turkey, the PKK – listed as a terrorist organization by Turkey, the U.S., and EU – has been responsible for the deaths of 40,000 people, including women, children, and infants. The YPG is the PKK's Syrian offshoot.