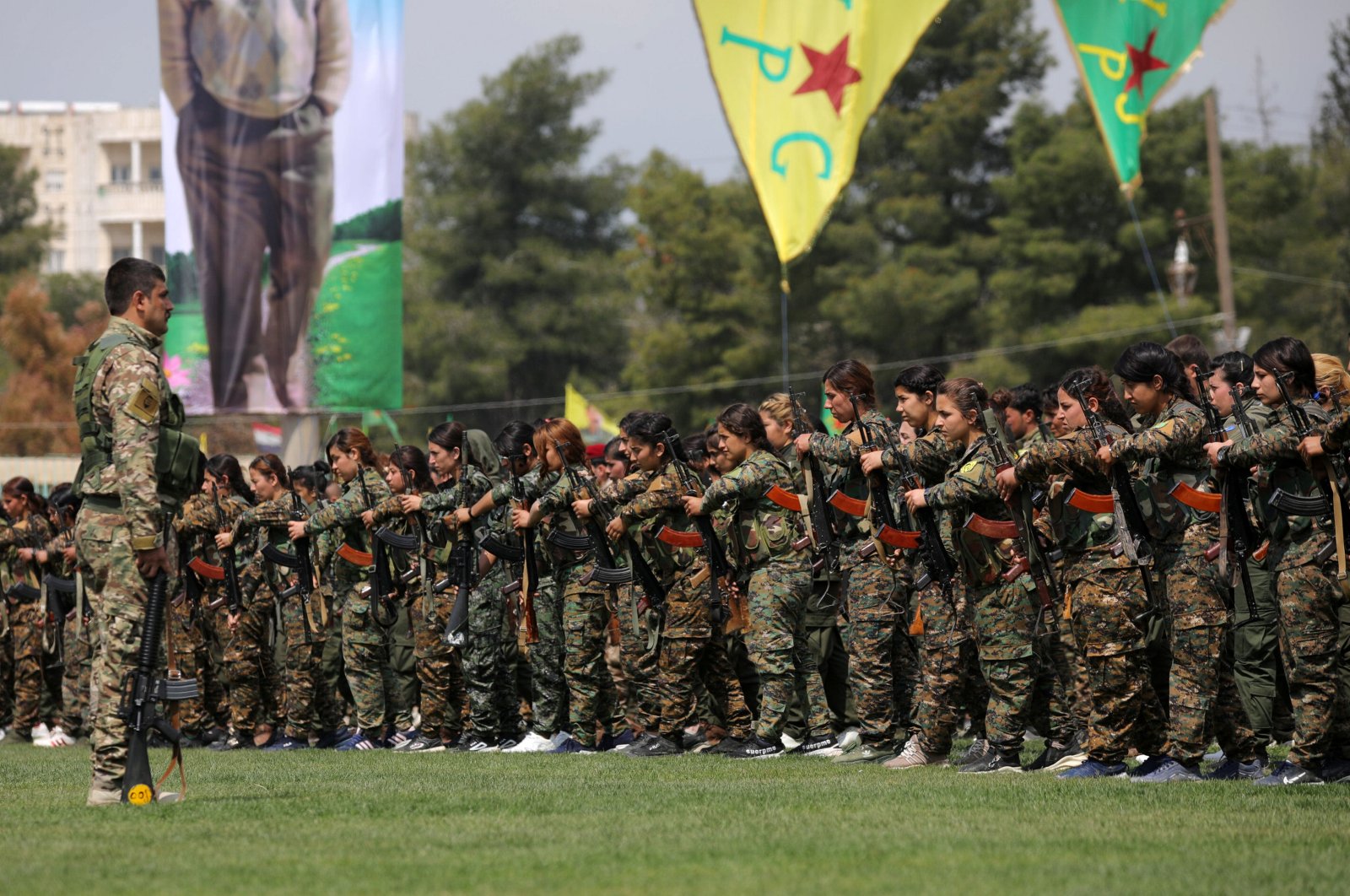 YPG terrorists stand near a banner depicting imprisoned PKK leader Abdullah Öcalan during a parade in Syria's Qamishli on March 28, 2019. (Reuters File Photo)
by Daily Sabah with Agencies May 01, 2021 12:57 am
RECOMMENDED

Syrian wing of the internationally recognized terrorist group PKK, the YPG has hired a lobbying company in the U.S., according to an article published on Foreign Lobby, a website that documents influence operations.

“Republican political operative Jim Dornan has registered his firm Jim Dornan Strategies as an agent” of the terrorist group, the website said in the report published late Friday.

According to Foreign Lobby, the lobbying deal is immediately effective as the date is set as April 30.

“Dornan is a longtime Republican campaign operative and former congressional staffer who notably served as chief of staff to Sen. Richard Burr (R-N.C.) when Burr served in the House of Representatives. Dornan declined to discuss his lobbying work for the YPG,” Foreign Lobby added.

The U.S. has primarily partnered with the YPG in northeastern Syria in the anti-Daesh fight. On the other hand, U.S.' NATO ally Turkey strongly opposed the terrorist group’s presence in northern Syria, which has been a major sticking point in strained Turkey-U.S. relations. Ankara has long objected to the U.S.' support for the YPG, a group that poses a threat to Turkey and terrorizes local people, destroying their homes and forcing them to flee.