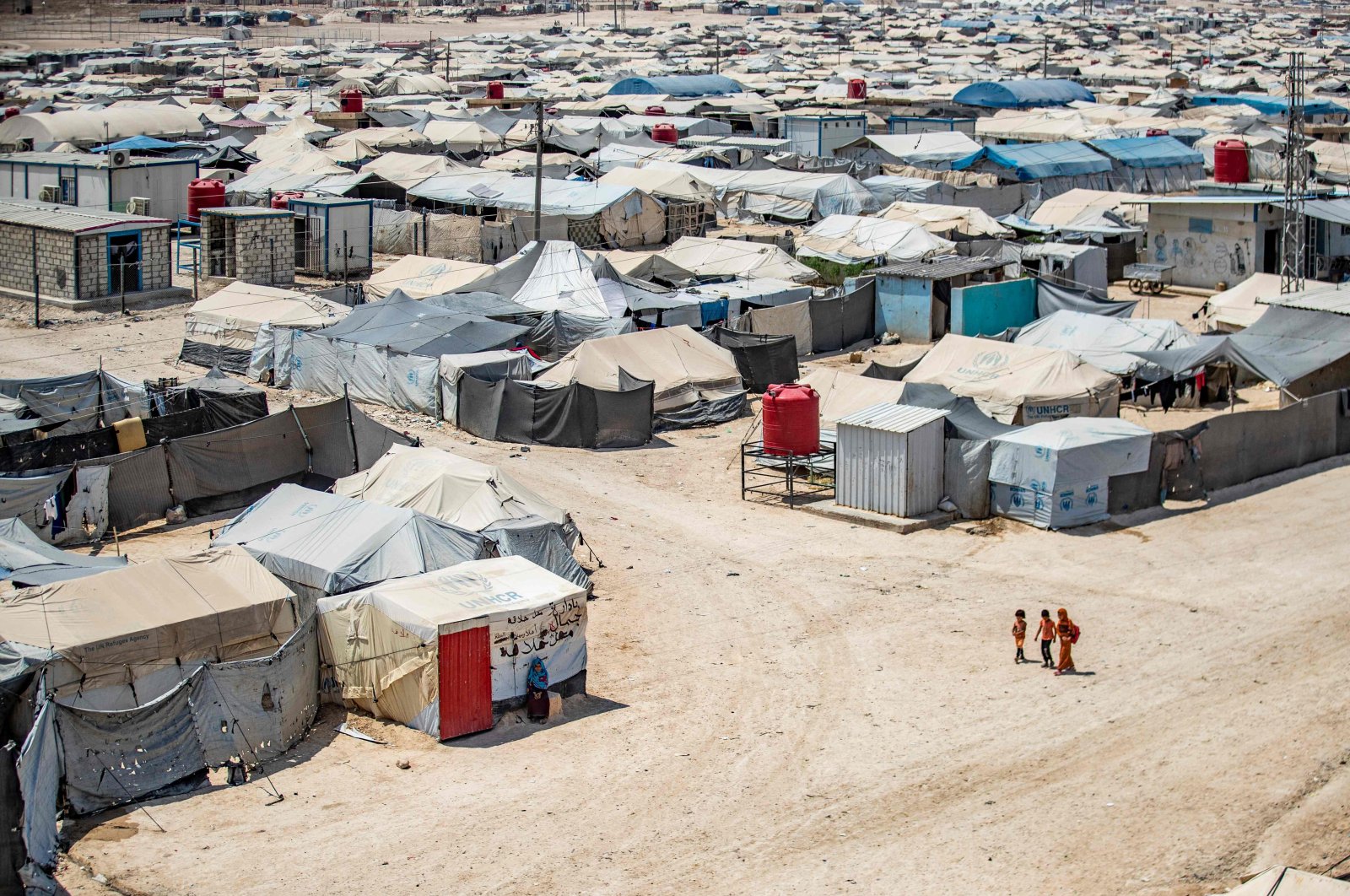 Former Daesh fighters are being released from prisons controlled by the PKK terrorist group's United States-backed Syrian affiliate in the country's northeast in exchange for money under a “reconciliation” scheme, reports said Monday.

The Guardian reported that prisoners jailed without trial can pay an $8,000 fine to be freed, citing interviews with two men who had been released and official documents.

As part of the deal, the terrorists sign a declaration promising not to join any armed organizations and to leave the parts of Syria under the YPG's control.

Speaking to The Guardian, two former Daesh fighters who had been freed from al-Hol detention camp under the deal said after their release they traveled to northwestern Idlib province, which is run by opposition groups, before crossing the border into Turkey.

Since the reconciliation scheme's implementation in 2019, it is not known how many people have been able to buy their freedom in this way, but the two men say that at least 10 people they knew from their time in Hassekeh prison had left the same way.

The releases pose a significant security risk inside and outside Syria and raise the prospect that individuals who committed grave crimes will not face true justice.

Abu Muhammad, from Deir el-Zour, led a Daesh fighting unit in the battle against the YPG for the town of Ain al-Arab, also known as Kobani, from 2014. He survived five years on the frontline until he was also arrested in Baghouz in 2019. He and his family were released in January this year. He described conditions in Hassakeh jail that amounted to torture and ill-treatment, which the YPG has previously denied.

“Guards used to hang us to the roof of investigations rooms to torture us, and leave us hungry and thirsty. They did the same thing that we did to the people we arrested when we were in charge as IS leaders," he said, using an alternate acronym for Daesh. "I really regret that now, but I can’t describe myself as a victim after everything I did."

“The releasing process wasn’t easy, but after contacting many SDF leaders my family was able to get me out of jail after paying $14,000 in bribes in addition to the official $8,000 to the SDF’s public finance department,” he explained, referring to the YPG-dominated forces.

It has become common knowledge in places such as Raqqa that local men with links to Daesh whose families can raise the funds are able to get their sons out of prison, but the development has been greeted with anger and anxiety from most of the city’s residents, who suffered some of the group’s worst atrocities.

“As Raqqa people, we believe that releasing those dangerous people is just a matter of money. The SDF doesn’t care about the crimes those people committed against us. It’s just a way for the SDF to gain more money,” said Mohab Nasser, a civil society activist.

Four years since Daesh was driven from Raqqa by the YPG and U.S. air power, much of the city still lies in ruins and residents are beginning to lose hope that Daesh will ever face true justice.

The YPG commits rights violations under the guise of fighting the Daesh terrorist group without anyone holding them accountable. Local people living in areas held by the YPG have long suffered from its atrocities, as the terrorist group has a notorious record of human rights abuses in Syria, ranging from kidnappings, the recruitment of child soldiers, torture, ethnic cleansing and forced displacement.

Turkey has aimed to prevent the YPG from establishing a de facto autonomous region in northern Syria, which would border Turkey and connect the so-called northwestern Afrin canton to the Kobani and Jazira cantons in the northeast. Ankara describes this as a “terror corridor” posing a grave security threat to its national security, underlining its possible impact on the PKK’s activity around Turkish borders.

The YPG also operates several camps hosting Daesh prisoners and their relatives in the region. The biggest one, the al-Hol camp, was home to nearly 60,000 people – most of them women and children – who were displaced by the U.S.-led coalition offensive against Daesh. Nearly half of those living in the sprawling camp are Iraqis facing dire living and security conditions. About 10,000 foreigners are housed in a secure annex in the camp, and many remain diehard Daesh supporters. The families have been living in the al-Hol camp in northeastern Syria since early 2019 following the military defeat of the extremist group in which it lost the last territory it held.

Several human rights organizations along with the United Nations have repeatedly warned that conditions in the al-Hol camp are worsening each day and have demanded access to the centers where the families of former Daesh members are being held.