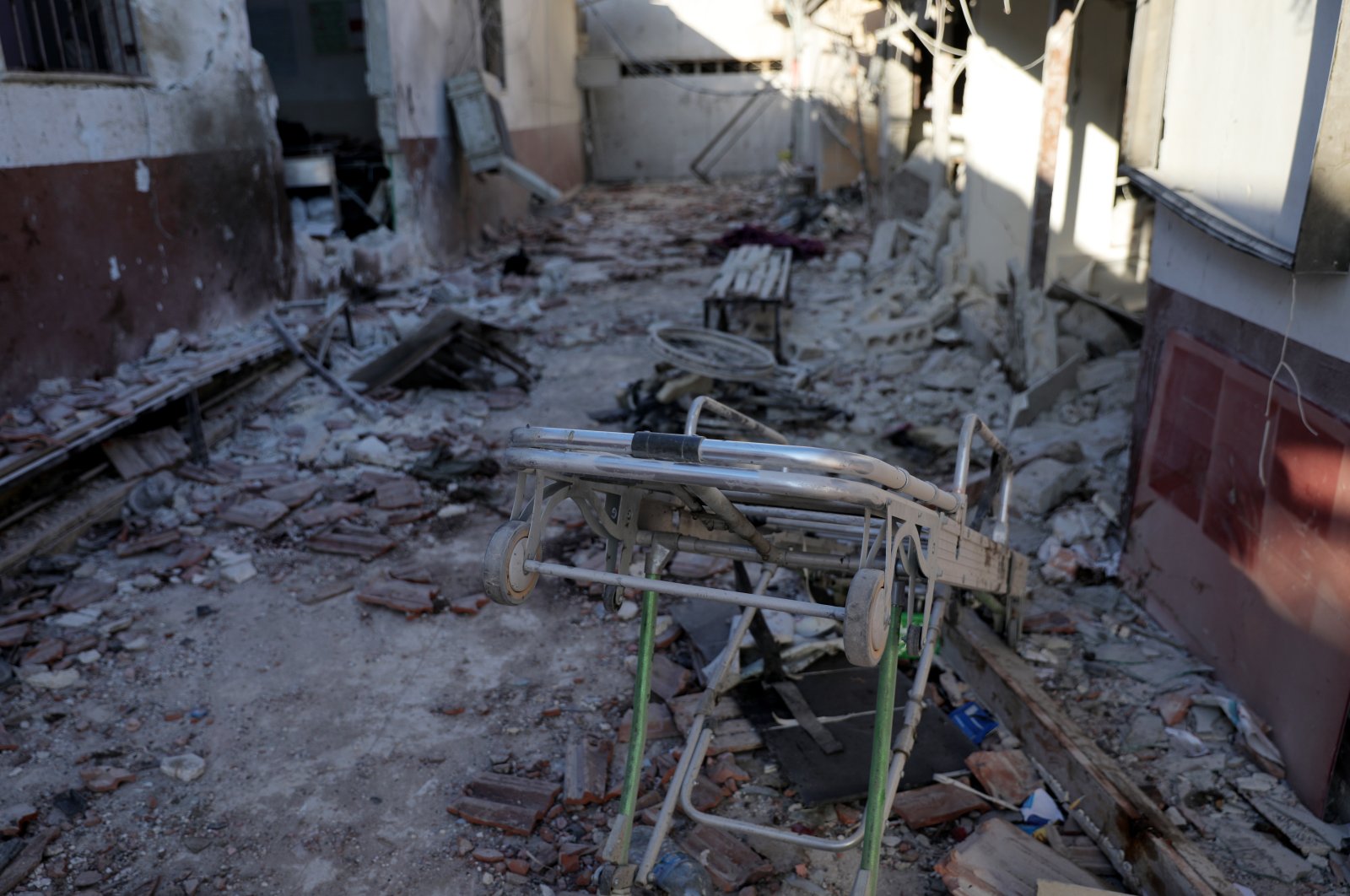 Destruction of Al-Shifa Hospital in the city of Afrin, northern Syria, 13 June 2021. The hospital was destroyed during missile shelling that came from areas controlled by the YPG terror group and left 18 dead and 63 wounded. (EPA Photo)
by DAILY SABAH WITH AGENCIES Jul 05, 2021 10:52 am
RECOMMENDED

The PKK terrorist group's Syrian branch, the YPG, commits rights violations under the guise of fighting the Daesh terrorist group without anyone holding them accountable.

Al-Jazeera visited northeastern Syria under the U.S.-backed YPG control and reported in a video that the YPG is taking advantage of the support of the anti-Daesh coalition to carry out violations, as people asserted in the region.

The video revealed a large network of tunnels running along the Syrian-Turkish border reaching the Iraqi border.

A specialist team evaluated the tunnels between Al-Malikiyah and Amuda. The tunnels stretched for more than 113 km (70 miles) and had more than 1,500 exit points – 1,200 alone in Qamishli – with one only 185 m (600 feet) from the Turkish border.

The YPG terrorists have been digging more tunnels near the Turkey-Syria border, according to sources.

The tunnels are being mostly dug in Qamishli, al-Darbasiyah, al-Malikiyah and Ain al-Arab, also known as Kobani. According to field correspondents, the YPG dig tunnels – a tactic it copied from the Daesh terrorist group – to infiltrate Turkey and launch terrorist attacks.

The terrorists dig temporary living space with electricity and water available in order to resist the Turkish military operations.

Turkey has aimed to prevent the YPG from establishing a de facto autonomous region in northern Syria, which would border Turkey and connect the so-called northwestern Afrin canton to the Ain al-Arab and Jazeera cantons in the northeast.

Ankara describes this as a “terror corridor” posing a grave security threat to its national security, underlining its possible impact on the PKK’s activity around Turkish borders.

As the video reported, some YPG members openly declare that they met PKK leaders in Syria's north and east.

The YPG controls about 25% of Syrian territory rich in petrol, yet the YPG's oil extraction efforts have been nothing but catastrophic to the environment and agriculture.

Satellite photos reveal the extent to which Syrian resources are being wasted through the crude oil extraction. Remote sensing also shows a significant increase in the proportion of polluting gases in the air, which is what may have led to the increase in cancer among the population.

Also, while journalists are allowed to enter the area to visit the camps housing detained Daesh members and their families, bringing up the topic of life and conditions at the camp is taboo, the video said.

The YPG operates several camps hosting Daesh prisoners and their relatives in the region. The biggest one, the al-Hol camp, is home to nearly 60,000 people – most of them women and children – who were displaced by the U.S.-led coalition offensive against Daesh. Nearly half of those living in the sprawling camp are Iraqis facing dire living and security conditions. About 10,000 foreigners are housed in a secure annex in the camp, and many remain diehard Daesh supporters.

The families have been living in the al-Hol camp in northeastern Syria since early 2019 following the military defeat of the extremist group in which it lost the last territory it held.