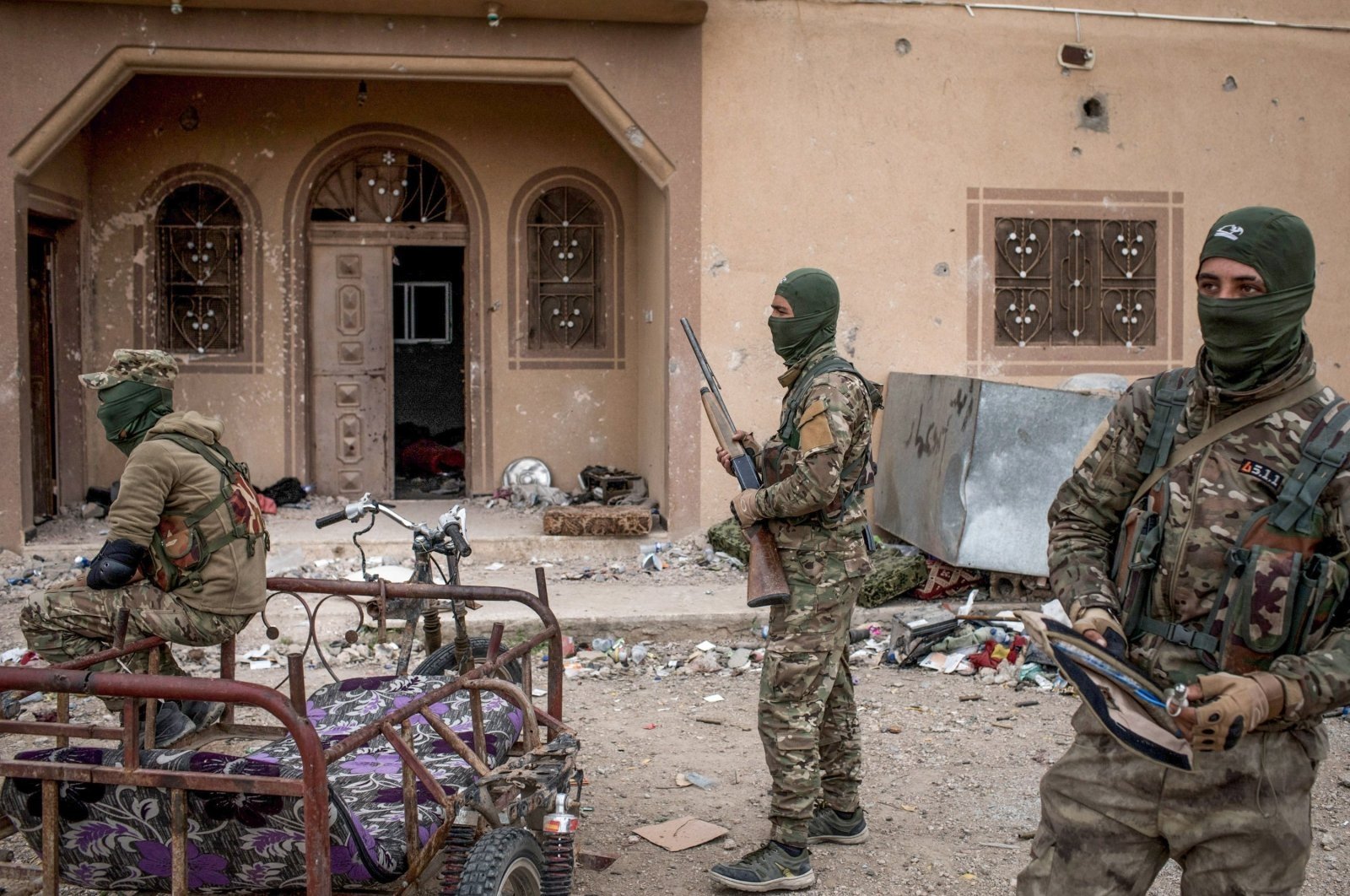 In a report, SNHR said the children include 10 girls, who are not allowed to see their families.

Families separated from their children are threatened by the group to keep them from speaking to United Nations organizations and other human rights groups.

The report said at least 156 children, of whom 54 are female, are still being recruited by the YPG, out of 537 cases of child recruitment.

The report also recorded the killing of at least 29 recruited children.

Locals living in areas held by the YPG have long suffered from its atrocities, as the terrorist organization has a notorious record of human rights abuse, ranging from kidnappings, recruitment of child soldiers, torture, ethnic cleansing and forced displacement.

The terrorist group's training and use of children as fighters for military purposes have repeatedly been documented in the U.N. reports.

A U.N. report, "Children and armed conflict in the Syrian Arab Republic," released on May 18, showed that the YPG/PKK used more than 400 children between July 2018 and June 2020.

Last month, parents of children who were kidnapped by the YPG staged a protest in front of the U.N. headquarters in Qamishli, northeastern Syria. Around 30 people gathered to demand action after several children, reportedly girls, were forcefully recruited by the YPG terrorists, a group primarily backed by the United States under the guise of fighting against Daesh.

On the other hand, Turkey strongly opposed the terrorist group’s presence in northern Syria, which has been a major sticking point in strained Turkey-U.S. relations. Ankara has long objected to the U.S.' support for the YPG, a group that poses a threat to Turkey and terrorizes locals, destroying their homes and forcing them to flee.

Since its foundation, the PKK has forcibly taken at least one child from a family who failed to "pay taxes" in support of the group. To fill its ranks, the PKK has continuously raided villages and kidnapped young adults from the ages of 15 to 20 through violent means. In addition to forced conscription, the PKK also carries out propaganda campaigns that mainly target university students. The terrorist group's approach has remained largely consistent, according to statements by captured or surrendered members of the organization.