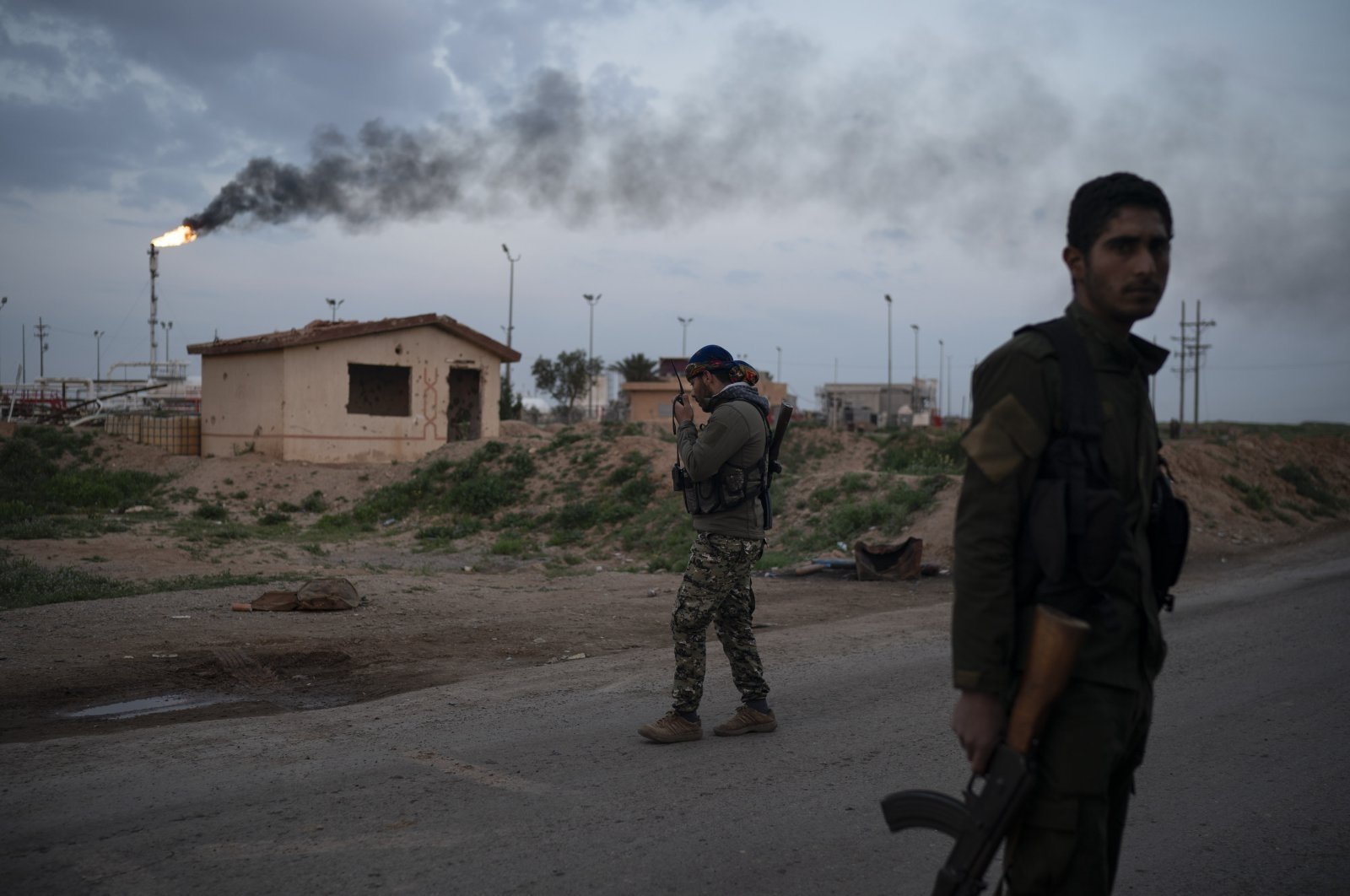 The PKK terrorist organization’s Syrian wing, the YPG, detained more than 50 civilians Tuesday in Syria's northeastern province of Raqqa who were protesting against the rising cost of living, according to local sources.

Last Friday, the terrorists conducted an armed raid on the village of As-Suwayda, where the protests were taking place.

The terrorists blocked the entrance and exit of the village and opened fire on villagers.

They detained seven civilians who participated in the protests on Jan. 8, the sources added.

On Monday, the terrorists detained 45 civilians who wanted to protest against the rising cost of living and corruption in the town of Al-Tabqah, west of Raqqa.

The detainees were taken to an unknown place.

Although the terrorist group holds over 70% of the country's energy resources, the queues for sugar, fuel and bread keep growing as the residents are crushed by poverty.

In its more than 40-year terrorism campaign against Turkey, the PKK – listed as a terrorist organization by Turkey, the United States and the European Union – has been responsible for the deaths of over 40,000 people, including women, children, and infants.