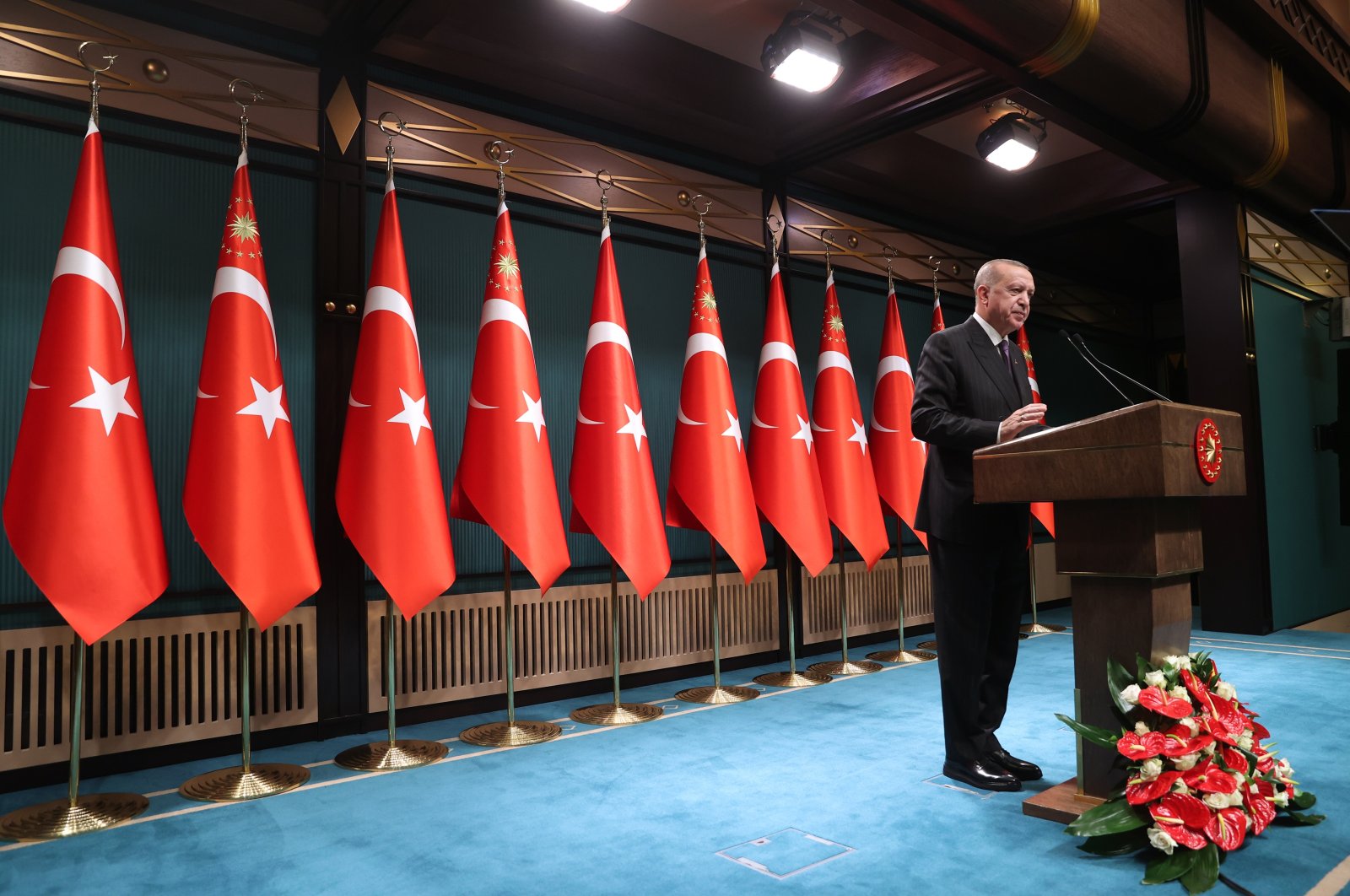 President Recep Tayyip Erdoğan will hold the final Cabinet meeting of the year on Monday.

The meeting will discuss Turkey's economy, foreign policy and reforms, as well as the COVID-19 vaccine, among other key issues.

Treasury and Finance Minister Lütfi Elvan and Justice Minister Abdulhamit Gül are expected to make a presentation on the reforms, which are set to pick up pace in early 2021.

Last month President Erdoğan declared that his administration would reform the economy and judiciary through steps that would improve democratic rights and freedoms in the country.

Another critical issue will be the Chinese COVID-19 vaccine to be administered in Turkey. Health Minister Fahrettin Koca will provide an update on the pandemic and the vaccination process.

The first shipment of the COVID-19 vaccine, developed by the Chinese biopharmaceutical company, Sinovac, will be dispatched to Turkey Sunday night and will arrive Monday, the minister confirmed last week.

Turkey will initially receive 3 million doses of the CoronaVac, Koca told a press conference after a meeting of the country's Coronavirus Scientific Advisory Board.

Nearly 9 million people in Turkey are set to get vaccinated in the first stage, starting with health workers and risk groups.

Defense Minister Hulusi Akar's recent visit to Libya and the Turkey-Russia joint observation center in Nagorno-Karabakh will also be on the agenda.

In November, Turkey and Russia signed an agreement to establish the joint center to monitor the Nagorno-Karabakh cease-fire that ended 44 days of fighting between Yerevan and Baku.

The recent earthquakes that rocked Elazığ and Muğla will also be discussed.