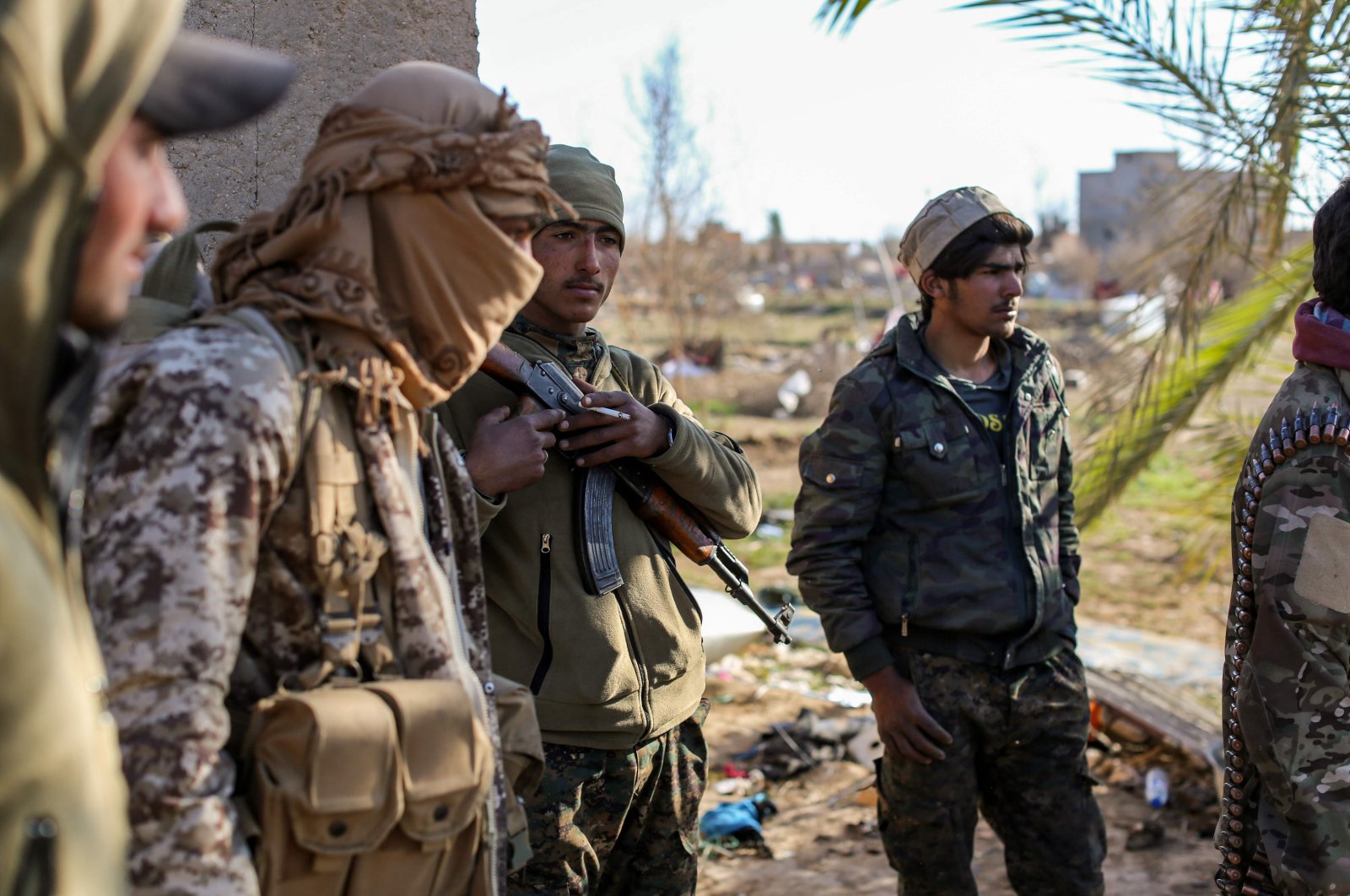 SDF terrorists check a makeshift camp for Daesh terrorists and their families in the town of Baghouz, in the eastern Syrian province of Deir El-Zour, on March 9, 2019. (AFP File Photo)
by Anadolu Agency May 14, 2020 9:17 am
Edited By Nurbanu Tanrıkulu Kızıl
RECOMMENDED

The Defense Intelligence Agency (DIA) and U.S. Central Command (CENTCOM) gave a conflicting analysis of the YPG/PKK's exclusion of Arabs from decision-making positions, according to a report Wednesday.

"The DIA and USCENTCOM provided differing assessments about the SDF's willingness to include Arabs in military and political discussions," said the Pentagon's report that is released every three months.

According to the report, the DIA told the Pentagon that YPG/PKK, which uses the name of SDF, "demonstrated an 'unwillingness to share power with Arabs, even in the Arab-majority regions of the northeast where Arab fighters probably represent a majority of the SDF's front line forces."

"The DIA said that the YPG's efforts to 'constrain aligned Arab militias' within the SDF, appear to indicate an attempt by the YPG to 'eradicate what little remained of Arab autonomy within the SDF."

But the report said USCENTCOM reported the terror group "made 'great strides' toward incorporating Arab military and civil leaders, as well as Syriac Christians, into military and political deliberations."

It also said YPG/PKK confronted backlash for "forcibly conscripting young men in the areas under its control."

The State Department "expressed concern over allegations that the SDF has detained Arab civil society activists – including individuals working on U.S. funded programs," according to the report.

In its more than 30-year terror campaign against Turkey, the PKK – listed as a terrorist organization by Turkey, the U.S., and EU – has been responsible for the deaths of 40,000 people, including women, children and infants. The YPG is the PKK's Syrian offshoot.