YPG/PKK to move Syrians out of overcrowded al-Hol camp 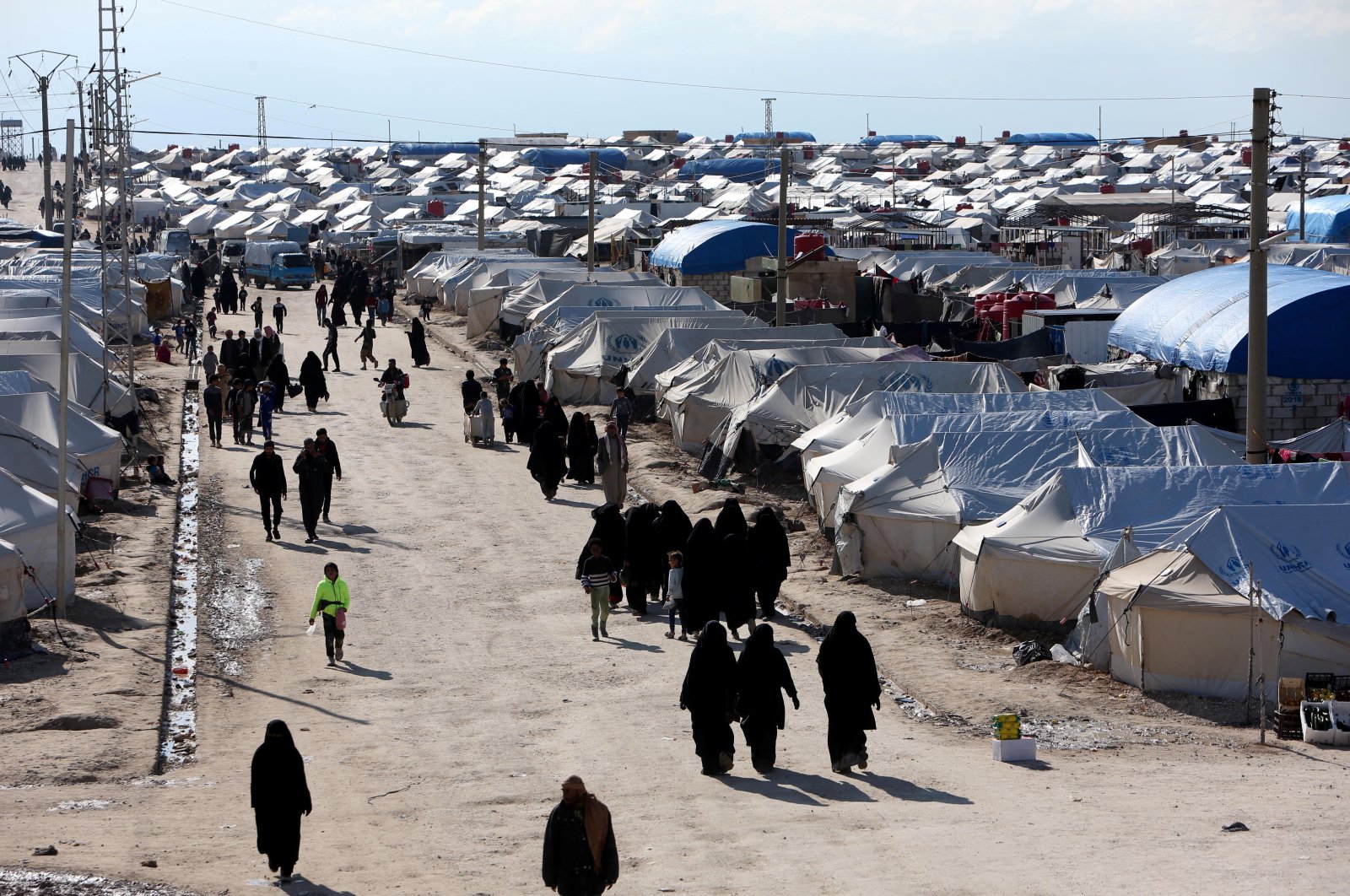 Members of the YPG/PKK said Monday up to 15,000 Syrians could be moved out of the overcrowded al-Hol camp in northeast Syria which holds displaced people and families of Daesh terrorists.

The YPG, which is the Syrian branch of the PKK terrorist group, seized much of northern and eastern Syria from Daesh with U.S. backing. They have since held thousands of Daesh terrorists in prisons, while their wives and children – numbering tens of thousands, many of them foreigners – are living in camps.

"A decision will be issued to empty the Syrians from the camp completely," YPG/PKK leader Ilham Ahmed said in a video published by the political arm of the YPG/PKK.

"Those who want to remain in the camp, this would not be the responsibility of the administration," he said.

United Nations Children's Fund (UNICEF) said in August eight children had died in al-Hol, where it said children from 60 countries were languishing and COVID-19 infections among camp workers had worsened conditions.

The detainees “lack access to basic services and have to contend with the sweltering summer heat and the trauma of violence and displacement,” the UNICEF said in a statement.

Badran Jia Kurd, a so-called vice president of the authority that runs the YPG/PKK-held region, said some Syrians had already left the camp and that the process would be sped up.

He cited a need to reduce the burden on the camp and step up measures to curb security incidents which he said had risen.

Jia Kurd said that of the estimated 28,000 Syrians in the al-Hol camp, about 15,000 were from the mainly Arab areas of Raqqa and Deir el-Zour, which the YPG/PKK captured from Daesh, and would be able to return if they chose to.

Many of the rest may not be able to leave if they have nowhere to go or do not want to return to territory under the Bashar Assad regime's rule, he added.

Foreign governments have hesitated to repatriate their citizens being held in al-Hol.

The United States said last week all known Americans allegedly supporting Daesh and being held in Syria had been returned, some to face criminal charges. It urged European countries to account for their citizens.