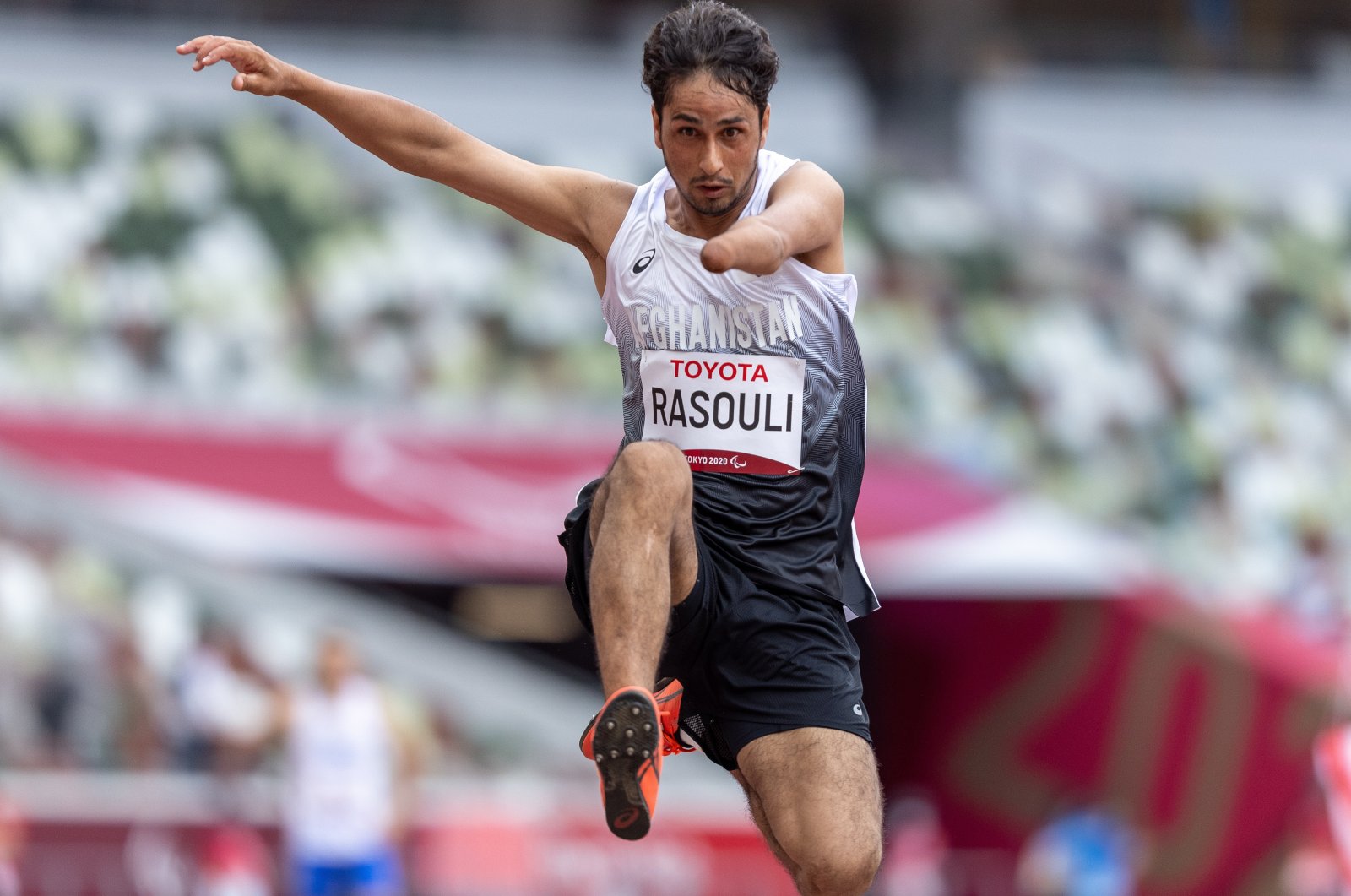 Afghan Paralympian Hossain Rasouli beat the odds Tuesday to compete in a men's long jump event at the Tokyo Paralympics, following a dramatic evacuation that saw him and a fellow athlete fly out of Taliban-held Kabul last weekend.

It was not the event he had been expecting to contest, after qualifying for the 100-meter T47, but then just about everything in his world was turned upside down with the militants' capture of his homeland.

After the Taliban overran the capital, he and fellow Afghan Paralympian Zakia Khudadadi found themselves trapped, with no way to get to Tokyo.

At first, it seemed their Paralympic dream was over. A Tokyo 2020 volunteer symbolically carried the Afghan flag during the Games opening ceremony, with no athletes on the ground to take part.

Over the weekend though, officials revealed the Afghan pair had been successfully flown out of the country.

After a stop in Dubai, they were taken to Paris and spent a week at the French sports ministry's high-performance training center before flying to Tokyo, where they arrived on Saturday evening.

The pair are being kept away from the media, with the International Paralympic Committee saying the athletes needed space to focus on their sport.

But IPC spokesman Craig Spence said Tuesday that Rasouli was "super excited to be competing today."

The Afghan emerged from the athletes' entrance Tuesday with a wave to team officials dotted around the mostly empty Olympic Stadium.

Rasouli, whose left hand was amputated as the result of a mine explosion, then proudly pointed towards the Afghanistan Paralympic Committee logo on his vest.

The 26-year-old finished last, reflecting his comparative inexperience in the discipline – it was his first time taking part in long jump in a major competition.

Still, Spence said, "it was great to see him" on what was "a very special occasion."

Khudadadi will compete in taekwondo Thursday.

"I've been preparing for this race for such a long time. The time trial is probably one of my favorite events," she said afterward.

"It's the 'race of truth'. It's you against the clock, and trying to pick off your competitors as you see them."

Storey, who was born without a functioning left arm, has broken 76 world records and shows no sign of slowing down.

The 43-year-old competes next in Thursday's road race, where she will have the chance to break Kenny's record, though she said she was not making any assumptions.

"So Thursday morning I'll come out and try to have some fun and see which way the cookie crumbles."

There was also joy for Cuba's "queen of speed" Omara Durand Elias, who took her sixth Paralympic gold in the 400-meter T12.

The 29-year-old, who is visually impaired and runs with a guide, said there was no magic recipe to her track dominance.

"My secret is sacrifice for training and good coaching. That is all," said the Cuban, who will compete in the 100-meter finals tomorrow and is also aiming to make Saturday's 200-meter final.

On a day with 61 golds up for grabs across five sports, there was a bitter disappointment for U.S. "armless archer" Matt Stutzman, who is one of the world's most recognizable Paralympians.

He missed out on a medal in the men's compound open class Tuesday when he fell in the last 16, with a performance that was far below his best.

"I felt like crap. That's the polite way to say it," he admitted afterward.

"That was one of my worst scores I've shot in probably five years."

But the 2015 world champion said he was down but not out.