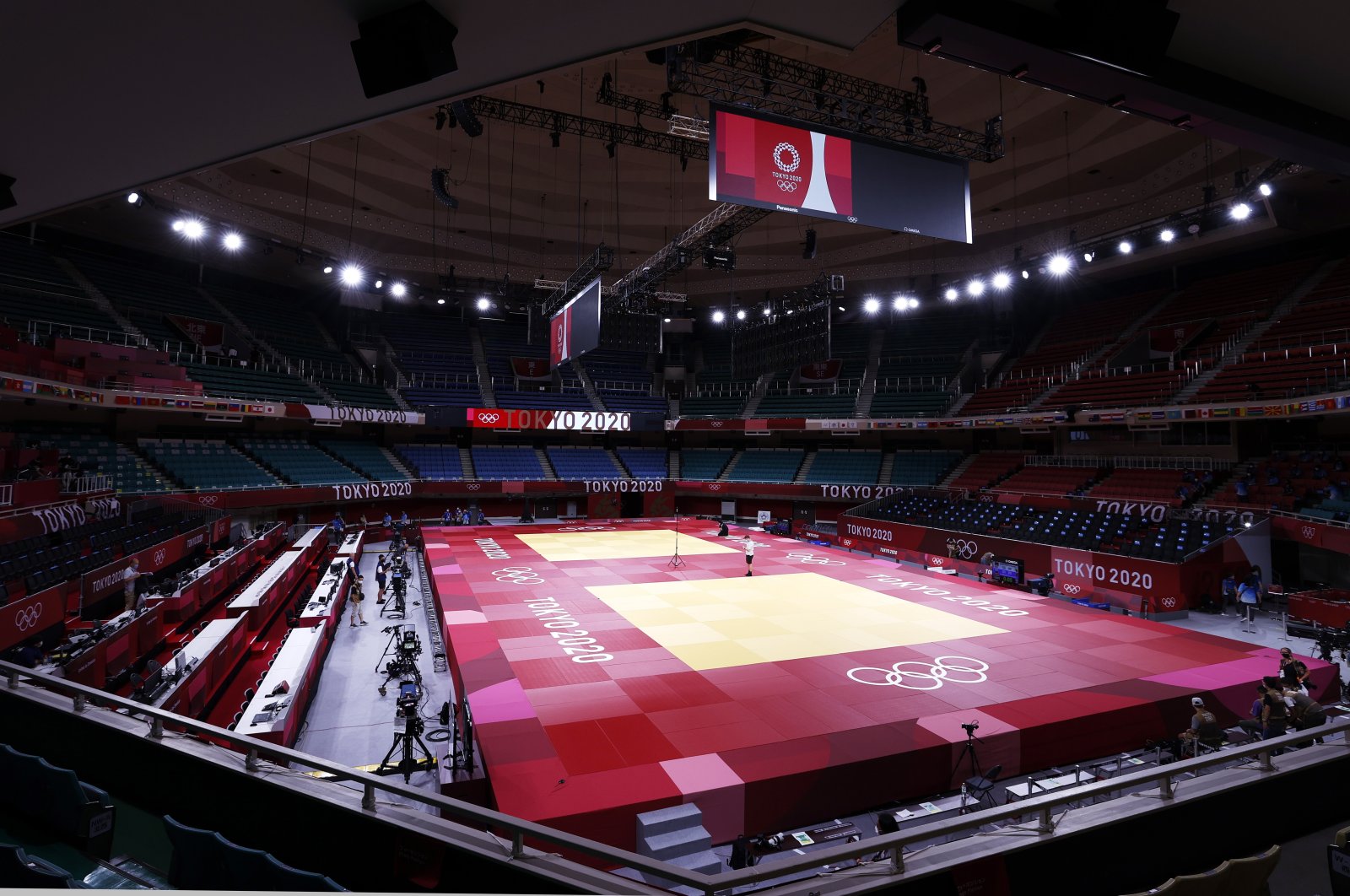 An Algerian judo athlete will be sent home from the Tokyo Olympics after he withdrew from the competition to avoid potentially facing an Israeli opponent.

Fethi Nourine and his coach, Amar Benikhlef, told Algerian media they were withdrawing to avoid a possible second-round matchup with Israel's Tohar Butbul in the men's 73-kilogram division on Monday. Nourine was drawn to face Sudan’s Mohamed Abdalrasool in the opening round, with the winner facing Butbul, the fifth seed.

The International Judo Federation's executive committee has temporarily suspended Nourine and Benikhlef, who are likely to face sanctions beyond the Olympics, which began Saturday. The Algerian Olympic committee then withdrew both men's accreditation and made plans to send them home.

The IJF said Nourine's position was “in total opposition to the philosophy of the International Judo Federation. The IJF has a strict non-discrimination policy, promoting solidarity as a key principle, reinforced by the values of judo.”

Nourine and Benikhlef attribute their stance to their political support for Palestinians. Tensions in the Israeli-Palestinian conflict flared again this year as confrontations in contested Jerusalem triggered cross-border clashes.

“But the Palestinian cause is bigger than all this.”

Nourine’s coach Amar Benikhlef said: “We were not lucky with the draw. We got an Israeli opponent and that’s why we had to retire. We made the right decision.”

Nourine also quit the World Judo Championships in 2019 right before he was scheduled to face Butbul, who is a much more accomplished judo athlete than Nourine. Those world championships were held in Tokyo at the Budokan, the site of the Olympic judo tournament.

Judo's world governing body has been firm in its anti-discrimination policies and strong support of Israel's right to compete in recent years. Athletes from other countries such as Iran and Egypt have also previously refused to compete against Israelis.

In April, the IJF suspended Iran for four years because the nation refused to allow its fighters to face Israelis. The IJF said Iran's policies were revealed when former Iranian judoka Saeid Mollaei claimed he was ordered to lose in the semifinals of the 2019 world championships in Tokyo to avoid potentially facing Israeli world champion Sagi Muki in the finals.

The IJF called Iran's policy “a serious breach and gross violation of the statutes of the IJF, its legitimate interests, its principles and objectives.” Iran's ban runs through September 2023.

The IJF aided Mollaei's departure for Germany after the controversy, and he now represents Mongolia. He will compete Tuesday at the Olympics.