Athletes voice growing concerns over coronavirus ahead of Olympics 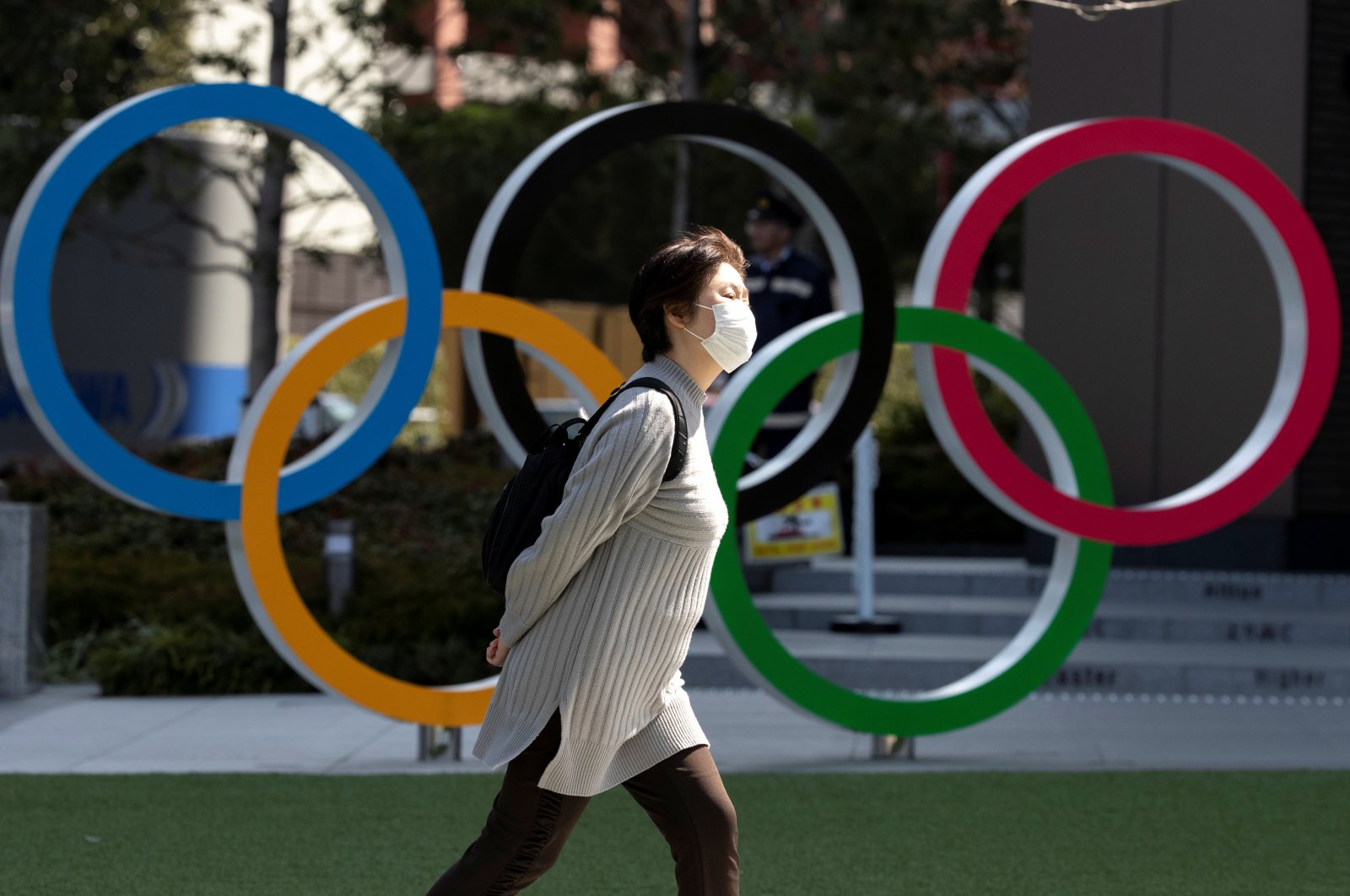 A woman wearing a protective face mask amid the coronavirus outbreak walks past the Olympic rings in front of the Japan Olympics Museum in Tokyo, Japan, March 13, 2020. (Reuters Photo)
by Compiled from Wire Services Mar 18, 2020 11:34 am

Olympic pole vault champion Katerina Stefanidi says athletes are being forced to risk their health as competitors start to speak out about the holding of the Tokyo Olympics at the height of the coronavirus crisis.

Stefanidi and British heptathlete Katarina Johnson-Thompson both voiced concerns after the International Olympic Committee said it was "fully committed" to running the Games as scheduled from July 24.

An IOC member called the body's stance "insensitive and irresponsible," saying athletes were facing "anxiety and heartbreak" as they try to train during the virus emergency.

Stefanidi, one of Greece's most prominent athletes, was scheduled to hand the ceremonial flame to Japanese officials before the Greek leg of the torch relay was scrapped over COVID-19 fears. The athlete tweeted: "The IOC wants us to keep risking our health, our family's health and public health to train every day?" She added, "You are putting us in danger right now, today, not in 4 months,"

On Tuesday, minutes before the IOC statement, an announcement came postponing the Euro 2020 football tournament for a year, bowing to the crisis that has paralyzed Europe and drastically curtailed international travel. Olympic qualifying tournaments are among the swathe of sports events that have been canceled or postponed, with only 57% of athletes booking their places so far.

"It's unbelievable," said Stefanidi. "What about team sports in which you have to train together? What about swimming? What about gymnasts who have to touch the same objects?"

"There is zero consideration of the risk they are putting us in right now."

Johnson-Thompson, the world heptathlon champion, criticized the IOC for telling athletes to train "as best they can," saying this was at odds with stringent government health measures.

"I feel under pressure to train and keep the same routine, which is impossible," she wrote on Twitter. "It's difficult to approach the season when everything has changed in the lead-up apart from the ultimate deadline," added the Briton.

'Bigger than the Olympics'

Doubts are increasingly being expressed about holding the Olympics on time, after the outbreak that first exploded in China spread to Asia and then worldwide, infecting almost 200,000 people and killing 7,900. On Wednesday an Olympic gymnastics qualifier in Tokyo, doubling as a test event, became the latest competition to be canceled.

"Due to the impact of the spread of coronavirus infections in Europe and cancellations of World Cups in other countries, many athletes and judges decided not to participate in the event," the Japan Gymnastics Association said in a statement. A day earlier, the deputy head of Japan's Olympic committee said he had tested positive for coronavirus.

But the IOC insisted "there is no need for any drastic decisions at this stage," adding that "any speculation at this moment would be counter-productive."

Hayley Wickenheiser, a Canadian IOC member with four ice hockey gold medals, warned: "This crisis is bigger than even the Olympics."

"From an athlete perspective, I can only imagine and try to empathize with the anxiety and heartbreak athletes are feeling right now," Wickenheiser said. "The uncertainty of not knowing where you're going to train tomorrow as facilities close and qualification events are canceled all over the world would be terrible if you've been training your whole life for this. Athletes can't train, attendees can't travel plan. Sponsors and marketers can't market with any degree of sensitivity. I think the IOC insisting this will move ahead, with such conviction, is insensitive and irresponsible given the state of humanity."

In a later tweet, Wickenheiser expanded on her criticism, saying: "Should the Olympics be cancelled? No one knows at this point and that IS my point."

"To say for certain they will go ahead is an injustice to the athletes training and global population at large. We need to acknowledge the unknown."

Middle-distance runner Jess Judd also criticized the IOC advice on training, while fellow British track athlete Guy Learmonth has told The Guardian that the Olympics should be postponed.