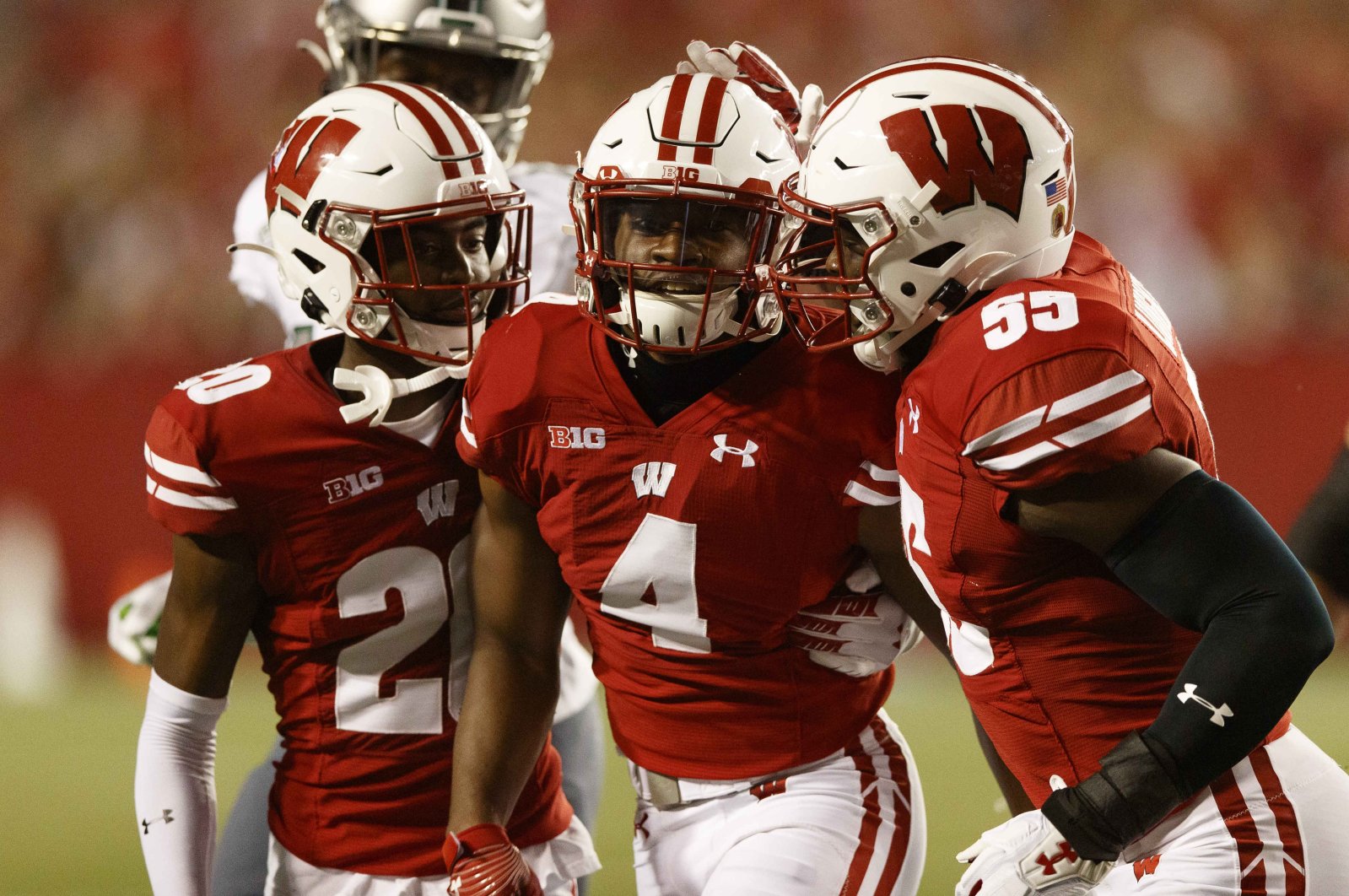 When No. 18 Wisconsin and No. 12 Notre Dame meet at Soldier Field in Chicago on Saturday, it will be the first meeting between the two teams since 1964, and the first where both are ranked.

The teams were supposed to meet at Lambeau Field in Green Bay last year, but the game was canceled because of the pandemic.

The game has an intriguing backdrop with Notre Dame quarterback Jack Coan playing against his old teammates. Coan left the Badgers last year after Graham Mertz was named the starter. Mertz is yet to live up to the lofty expectations that came with him being ranked as the best pocket passer coming out of high school in 2019.

The Badgers lost their opening game of the season to No. 6 Penn State, so they are looking to come out on top against a Notre Dame team that has managed to stay undefeated through the first three weeks, albeit barely. The Irish were taken to overtime by Florida State in Week 1 and then only won by a field goal against a Toledo team that was a 16 1/2-point underdog in Week 2.

The Southwest Classic between longtime rivals Arkansas and Texas A&M has been one-sided, with the Aggies having won nine straight. Before the season, the teams' SEC opener looked like just another game Saturday.

Turns out, it's a Top 25 matchup in CBS' prime afternoon time slot at AT&T Stadium in Arlington, Texas.

The national stage provides an opportunity for the No. 16 Razorbacks to show they're the real deal after being picked second to last in the SEC West and that their impressive win over Texas two weeks ago was no fluke.

For No. 7 Texas A&M, it's a chance to calm fans made nervous by a harder-than-it-should-have-been tussle with Colorado two weeks ago and having Zach Calzada take over at quarterback for the injured Haynes King.

The Aggies are 5 1/2-point favorites.

The Wake Forest transfer has gone from anonymity to national rushing leader over three games and is a big reason the No. 20 Spartans unexpectedly have become a factor in the Big Ten East.

Walker creates excitement with his shiftiness – he forced 20 missed tackles against Miami last week, according to Pro Football Focus – and he's averaging 8.7 yards per carry.

He goes against Nebraska at home this week.

2 – Consecutive wins by Texas Tech at Texas' Darrell K. Royal-Memorial Stadium. The Red Raiders head there in search of their first 4-0 start since 2013.

No. 14 Iowa State at Baylor

The Cyclones got all they could handle from Baylor at home last year, and they're looking to build on last week's easy win at UNLV. Baylor is 3-0 against extremely light competition.

The Bruins, coming off a loss to Fresno State, are playing the Stanford team whose win at Southern California got Clay Helton fired two weeks ago. The Cardinal beat UCLA in a 48-47 two-overtime thriller last year.

The Hoosiers have lost two games to ranked teams after coming into the season with high expectations. With a loss here, the season really goes south.

Second-year Florida State coach Mike Norvell is 3-9 with a loss to Jacksonville State and a 21-point loss to Wake Forest on his tab. The Seminoles enter their home game against Louisville with the possibility of starting 0-4 for the first time since 1974.

Athletic department finances might buy Norvell time. The school will be paying more than $3 million to the previous coach, Willie Taggart, each of the next two years. There could be hesitancy to cut bait on a coach who is only in his second year of a $26.5, six-year contract.