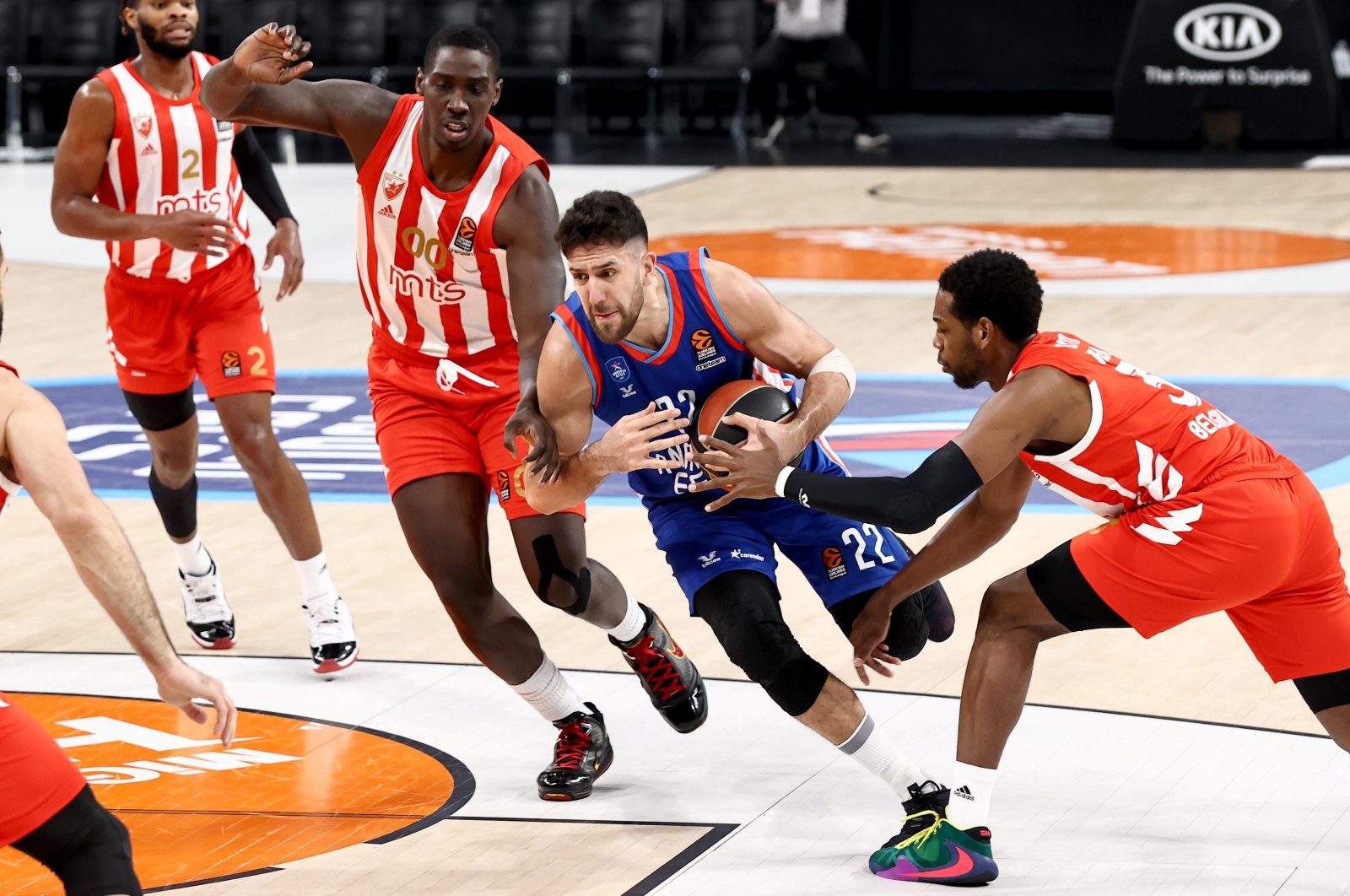 The other Turkish team in the tournament, Fenerbahçe, will want to keep its outstanding momentum going and extend an eight-game winning streak against Zenit

Turkey’s basketball powerhouse Anadolu Efes (12-10) is traveling to Barcelona (17-6) to take on the league leader in the Round 24 action of THY EuroLeague on Thursday.

Both sides are on the up. Barca is currently on a six-game winning streak after defeating Olympiacos 74-76 last week. Efes, meanwhile, has won four of its last five games. It beat Zvezda 86-72 in Round 23.

Efes may be without its star Shane Larkin, after he suffered an injury during a domestic league game over the weekend.

Barcelona and Efes have faced each other 22 times in the EuroLeague. The Spanish team leads the series 12-10, even though Efes won the last two bouts.

Their last face-off was in Round 16 when Efes won at home, 86-79. Larkin led the way in another of his legendary games against Barca with 23 points, seven rebounds, eight assists and two steals. For Barcelona, Nikola Mirotic posted 18 points and eight boards, according to the official THY EuroLeague website.

Nick Calathes and Vasilije Micic will be the key characters of one of the finest head-to-head backcourt duels that the EuroLeague can offer. Calathes has averaged 8.4 points, 3.7 rebounds and 7.6 assists, the latter of which is second in the league, in 23 appearances for Barcelona. His Efes counterpart Micic has been worth 15.0 points, 2.5 boards, 5.0 assists and 1.0 steal. Two of the best point guards in the league will try to lead their respective teams to victory.

FC Barcelona leads the standings and it has shown that it can win in the tightest games, even in the most difficult situations. That gives a team with many things going for it an even bigger mental edge. The hosts have the fourth-best offense in the league and the best defense. Barcelona is also third in average performance index rating (PIR), so it is clearly a consistent team.

Nevertheless, Efes is not that far away on many fronts and it has a group of players that plays with heart. If the hosts stick to their game plan, they should be the favorites to win this game. But, the doubt around Larkin can put that plan in jeopardy, as Barcelona is a team that ranks among the top five teams in the league in virtually all stats categories. Efes will have to try to disrupt the hosts' style of play with its trademark defense and then try to run in the transition to get as many easy baskets as possible.

The other Turkish team in the tournament, Fenerbahçe (13-10 ), will want to keep its outstanding momentum going and extend an eight-game winning streak against Zenit St. Petersburg on Friday.

On the other hand, Zenit St. Petersburg (13-8) comes off back-to-back losses for the first time this season and looks to avoid a third one. Kevin Pangos, Arturas Gudaitis (10.7 ppg) and Will Thomas (8.3 ppg, 5.1 rpg) has been its mainstays this season.

Vesely was chosen as the EuroLeague MVP for January after averaging 16.0 points on outstanding shooting percentages, 5.5 rebounds, 2.8 assists, and 1.4 steals over the six wins Fenerbahçe had last month. Vesely may need all of his aggressiveness and experience against Gudaitis, a strong, dynamic big man who has averaged 16.2 points and 6.3 rebounds in Zenit's last six games.

Earlier in the season, Fenerbahçe edged Zenit 65-73 at Sibur Arena on Dec. 3, 2020. Vesely led the way with 17 points, Danilo Barthel added 15 and Ali Muhammed scored 11 for Fenerbahçe. The Turkish powerhouse has averaged 78.0 points this season and raised that number to 93.6 in the last five games. Vesely has been unstoppable in the paint, but Fenerbahçe has dramatically improved its three-point shooting, making 58 of 122 shots from downtown (47.5%) in those five games.

For Zenit, it all starts with defense. The Russians have allowed just 74.2 points and opponents have made just 35.4% of their three-point shots. That should be critical against a team with very good shooters all around its backcourt.