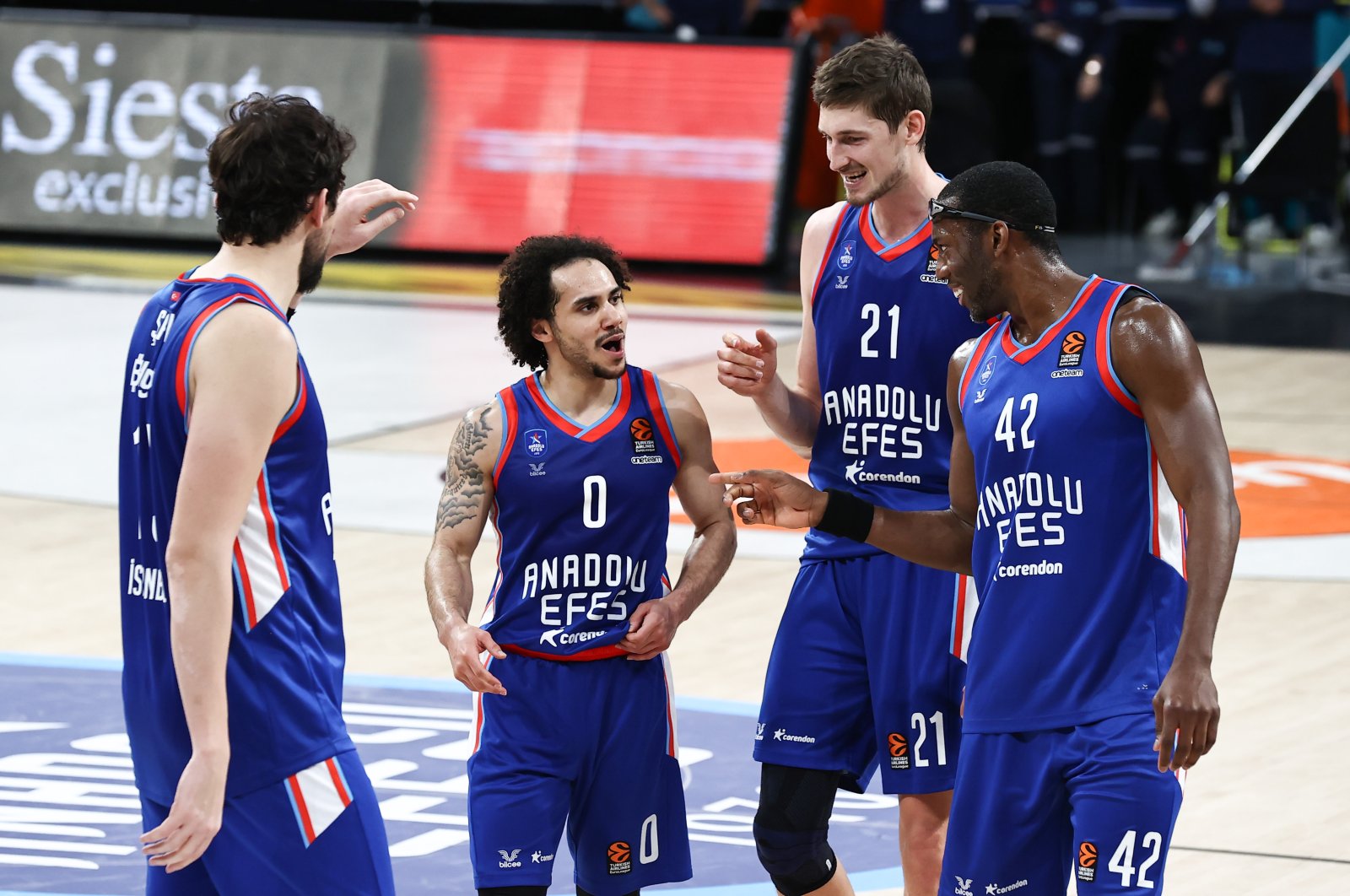 The lineup for this year’s Final Four also features FC Barcelona vs AX Armani Exchange Milan, who are returning to continental basketball's brightest stage after a lengthy layoff.

The first semifinal tie will be a repeat of the 2019 championship game in which CSKA outlasted Efes.

While Efes brings back the same core of players from that game, led by All-EuroLeague guards Vasilije Micic and Shane Larkin, CSKA has a different look with Toko Shengelia and Iffe Lundberg having joined, though 2019 Final Four MVP Will Clyburn remains.

These two teams have the top offenses in the league with CSKA at 84.4 points per game (ppg), a nose ahead of Efes’ 84.1 ppg, according to the EuroLeague’s official website.

Micic has been Efes's most productive player all season, alternating between a lead scorer and elite playmaker based on the team's needs.

Daniel Hackett started the season for CSKA as a role player who could help facilitate the offense and play tough defense, but he rose to the challenge when CSKA needed more and in the playoffs, he led the team in assists, was second in Performance Index Rating (PIR) and third in scoring.

Both also use their height to their advantage, but not against each other, since each stands 1.96 meters. It should be an interesting backcourt duel.

Efes has won two of the last three games between the teams, but before that CSKA had won 10 in a row. Efes heads to its fourth Final Four and seeks to make it to the championship game for the second time.

The Turkish powerhouse has never won the title before; the only Turkish club to reign atop Europe was Fenerbahçe Istanbul in 2017.

CSKA has made the most Final Four appearances (20) in EuroLeague history and its eight crowns are second only to Real Madrid's 10. CSKA remains the reigning champion after winning in 2019.

Earlier this season, CSKA and Efes split their two regular-season meetings this season with each winning big at home.

CSKA trashed Efes 100-65 in Round 14 in December with Clyburn scoring 22 off the bench and Darrun Hilliard adding 16.

When they squared off in Round 28 in March in Istanbul, Micic led six Efes scorers in double figures with 21 points and eight assists in a 100-70 victory. Sertaç Şanlı had score 14 for the winners.

Barcelona, in the meantime, will play its first semis in seven years while Milan will end a 29-year Final Four drought as it seeks a fourth EuroLeague crown and first since 1988.

Barcelona relied on its defense to beat Milan twice in the regular season. Mirotic and Brandon Davies combined for 40 points and 16 rebounds in an 87-71 victory in Round 13 in December.

The Spanish giant forced 17 turnovers in winning 56-72 in Round 30 in March, which was the lowest scoring output for Milan all season.

When it comes to the numbers, these two teams are among the best in the league at making 3-pointers. Milan ranked second at 40.7% and Barcelona third at 40.1%. Barcelona finished the season with the best defense in the league (73.2 points allowed per game).

Milan took care of the ball better than anyone else with just 10.9 turnovers per game, but also delivered the second-fewest assists (15.8 apg.).