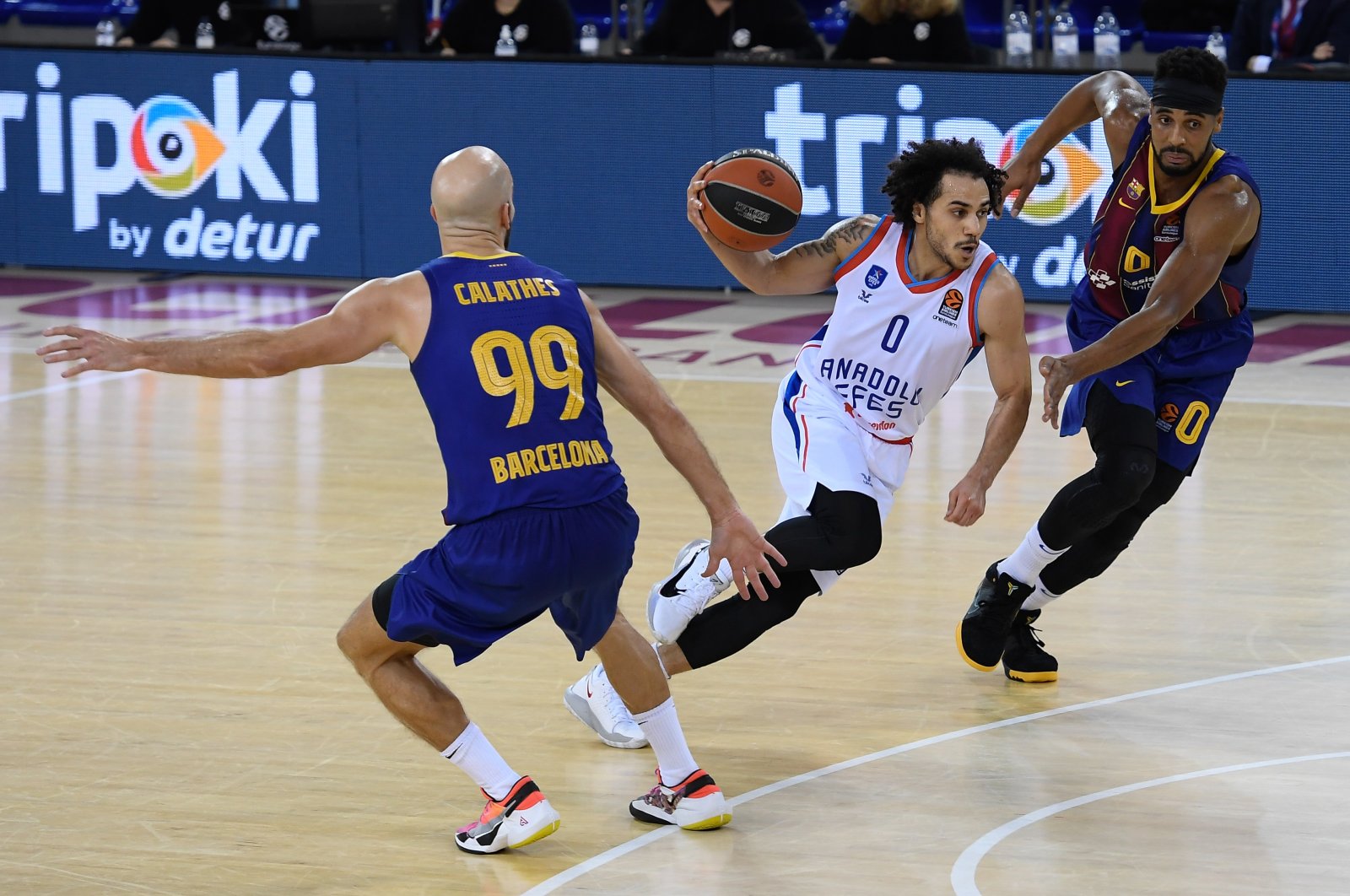 With the win, the Istanbul side became the first and only team to defeat Barcelona twice so far this season

With the win, Efes became the first team to defeat Barcelona twice this season. The visitors led by 13 at one point in the fourth quarter, before surviving a late Barcelona scare as the club tried to improve a 13-10 season record, according to the EuroLeague official website.

It was Efes' fifth win in its last six games. Vasilije Micic led the winners with 26 points and five assists, and Shane Larkin, whose presence on the court was in doubt ahead of the match due to an injury, tallied 19 points and three steals. Chris Singleton added 13 points and four steals, while Sertaç Şanlı posted 12 points and eight rebounds.

Micic scored twice as Efes jumped out to a 2-7 start. Mirotic scored Barcelona's first eight points to keep the hosts on track. Şanlı's second basket put Efes ahead at 10-15, and Rodrigue Beaubois's jumper made it 13-19.

Adam Hanga scored a jumper and a 3-pointer to reduce the deficit, but Efes responded through Beaubois, whose 3-pointer extended the Efes advantage to 18-25 and prompted a Barcelona timeout.

Higgins free throws made it 22-27 after 10 minutes. Kyle Kuric drained a 3-pointer to start the second-quarter scoring, but Efes pulled away again with 3s by Larkin and Singleton stretching the margin to 28-36.

Singleton added free throws and a 3-pointer for the game's first double-digit margin, 34-44. A 3 by Nick Calathes and free throws by Davies carried Barcelona to within six.

Davies scored first in the second half to get Barcelona within just one point. Larkin connected from deep for the visitor, but the Efes guard was called for a technical foul, and a Mirotic jumper tied the game at 58-58.

Krunoslav Simon fed Şanlı for a slam and scored the next four points as Efes regained control. Larkin topped a 0-9 run with a 3-point play. Free throws by Micic then restored a double-digit lead for Efes at 61-71. Higgins free throws made it 65-72 through three quarters. Baskets by Micic and Şanlı had Barcelona on the ropes.

The host team needed nearly five minutes to get its first points of the fourth quarter. However, a four-point play by Larkin extended the margin to 67-80. Efes moved into a clock-killing mode and was able to burn a minute through 2 offensive rebounds before Adrien Moerman made it 73-84 with two minutes, 30 seconds to go.

A 3-pointer by Higgins and free throws by Davies got Barcelona within 6 points with a minute remaining. A 3 by Leo Westermann made it 84-86 with 17 seconds left. Micic sank two free throws with 15.2 seconds on the clock, and Barcelona's comeback ran out of time.

Micic played all but four minutes to lead Efes with 26 points. He made seven of nine 2-pointers, made a career-high nine free throws and set a personal best with 12 free throws attempted. He also added three rebounds, five assists and two steals. Micic scored six points in the fourth quarter, including Efes's last four points, all from the free-throw line.

In a game that was ultimately decided by 2 points, Barcelona's 18 turnovers were an own goal, especially when compared to Efes' six lost balls. Efes scored 17 points off turnovers, compared to just two for Barcelona.

Efes center Bryant Dunston climbed into eighth place on the career EuroLeague charts in offensive rebounding. His two offensive rebounds in the second quarter lifted his all-time tally to 440, taking him past Ioannis Bourousis.

The climb from here will be tougher given the next three players on the list, namely Jan Vesely of Fenerbahçe, Othello Hunter of Maccabi Tel Aviv and CSKA Moscow's center Nikola Milutinov, are all active.