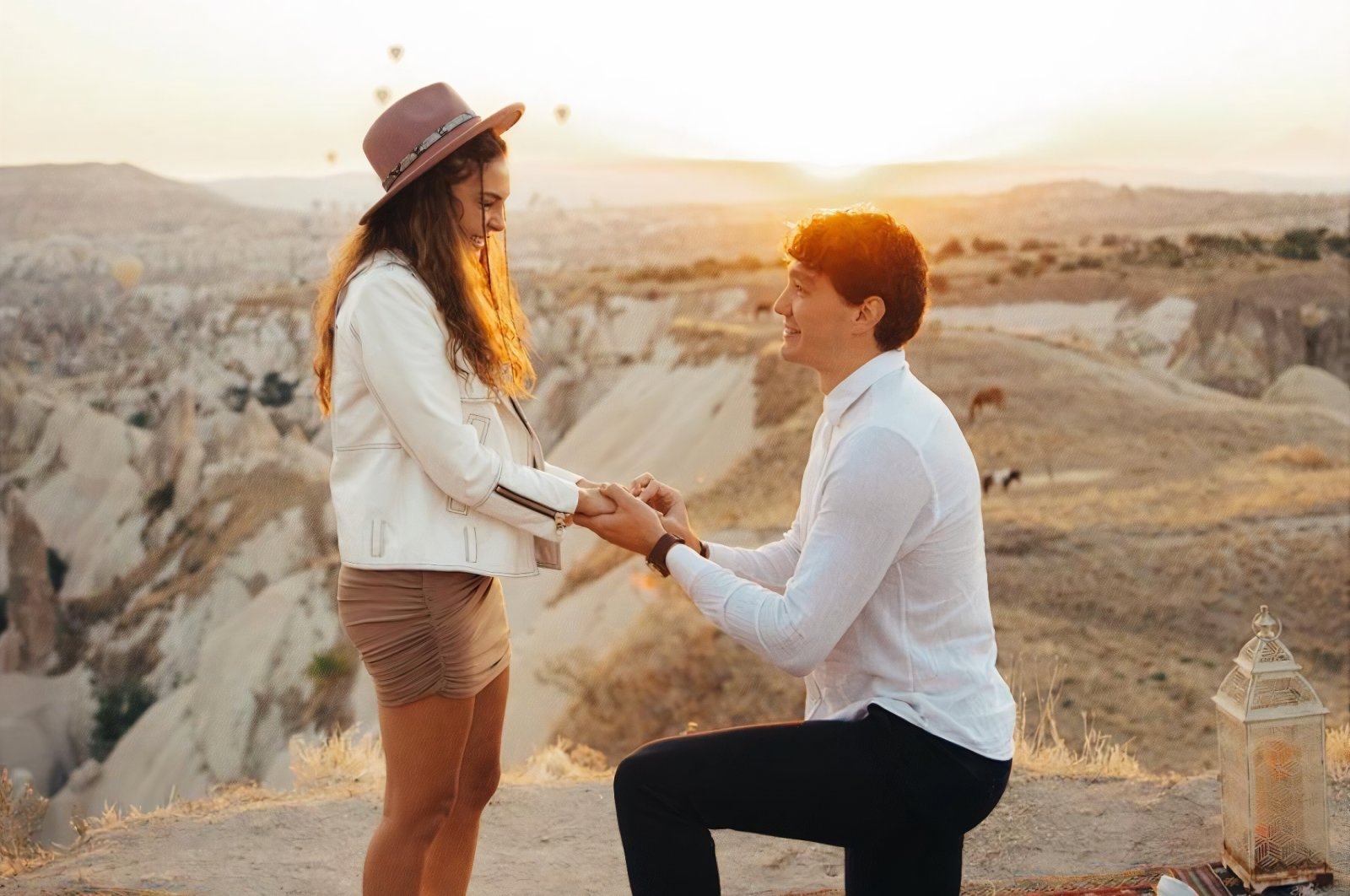 The Cleveland Cavaliers forward shared photos of the occasion on Instagram, with the caption – “She said ‘Yes!’”

Şahin in her reply to the post wrote, “Said Yes!”

The Nevşehir Governorate also chimed in with a tweet, “Cappadocia is the right choice for a dream marriage proposal. The best place to “Yes.’”

Cappadocia, located in central Turkey’s Nevşehir, is famous for its natural and historic sites. It attracts millions of tourists each year with its renowned underground cities, "fairy chimney" volcanic cones, hot air balloon trips, houses carved into rocks and churches, chapels and shelters used during the early years of the Christian faith.

Before the coronavirus pandemic hit, the region attracted more than 3.8 million visitors in 2019, making it one of the most popular tourist destinations in the country.