Curry fires Warriors with 50 over Hawks, Nuggets bring down Heat 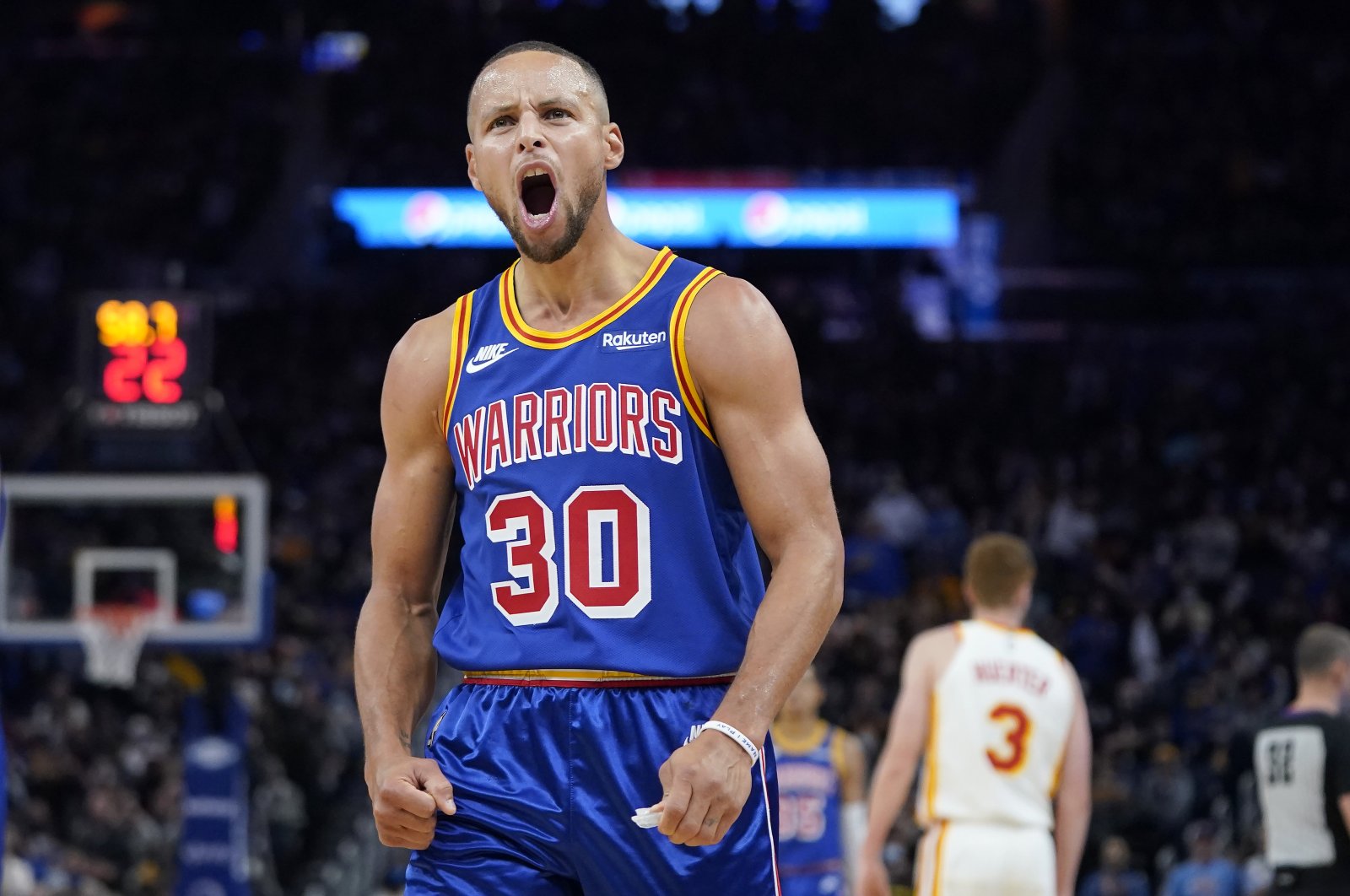 Golden State Warriors star Stephen Curry netted a season-high 50 points and made 10 assists to lead his side in a 127-113 thumping of the Atlanta Hawks on Monday.

With the win, the Warriors improved to an NBA-leading record of 9-1 this season.

It was the 10th career 50-point game for the 33-year-old Curry, who passed Wilt Chamberlain to become the oldest player in NBA history with a 50-point, 10-assist game. Chamberlain did it when he was 31.

Curry basked in the glory of the moment, electrifying the Warrior crowd by waving his arms and dominating during several stretches of the game.

He scored the Warriors' first 13 points and also delivered a 10-point unanswered scoring burst in the third quarter.

Curry gave the Chase Center fans in San Francisco a scare in the first quarter when he appeared to injure his shoulder. After seeking medical attention on the sidelines during a timeout, he decided to stay in the game.

Jordan Poole chipped in 16 points, while Andrew Wiggins had 13 for the Warriors. Trae Young scored 28 points and added nine assists to lead the Hawks.

Elsewhere, Nikola Jokic had 25 points, 15 rebounds and 10 assists for his first triple-double of the season before being ejected late in the game as the Denver Nuggets beat the Miami Heat 113-96.

Jokic could face possible suspension for retaliating against the Heat's Markieff Morris and shouldering him hard in the back during a dust-up late in the game. Morris was also ejected.

"I feel bad. I am not supposed to react that way. He bumped me. It was a dirty play and I needed to protect myself," said Jokic.

The drama started when Morris shouldered Jokic in the midsection at half court with just under three minutes left.

Jokic returned the favor with a shoulder check from behind that sent Morris crashing to the floor. Medical personnel brought out a stretcher but Morris was able to get up and walk off the floor on his own.

The teams meet again on Nov. 29 in Miami.

In Chicago, DeMar DeRozan scored a team-high 28 points as the Chicago Bulls halted the Brooklyn Nets' five-game win streak with a 118-95 victory.

Chicago, who were coming off consecutive single-digit losses to the Philadelphia 76ers, won comfortably after falling behind in the third quarter at United Center.

The Nets had their successful run snapped by the Bulls despite Brooklyn's Kevin Durant scoring 11 of his game-high 38 points in the final quarter.

DeRozan took over early in the fourth, scoring seven points during a key scoring burst by the Bulls.

He hit 10 of 20 shots and scored at least 25 points for the fifth consecutive contest as Chicago defeated the Nets for the third time in the past 14 meetings.

Zach LaVine added 24 as Chicago shot 46.9% and outscored Brooklyn 42-17 in the fourth quarter.

In Philadelphia, Julius Randle finished with 31 points and 12 rebounds and made several clutch plays on defense as the New York Knicks beat the short-handed 76ers 103-96.

"He was a monster all the way around, the way the game started, the energy he was playing with, he set the tone defensively," Knicks coach Tom Thibodeau said of Randle. "When he plays like that, it makes us a different team."

Philadelphia was missing Joel Embiid, who earlier tested positive for the coronavirus. He is expected to be out for at least 10 days.

In Los Angeles, Anthony Davis scored 32 points in overtime and added 12 rebounds as the Los Angeles Lakers halted a two-game losing skid with a 126-123 victory over the Charlotte Hornets.

Veteran Carmelo Anthony came off the bench to score 29 points and Russell Westbrook had a triple-double with 17 points, 12 rebounds and 14 assists as the Lakers won for the first time in three tries since LeBron James went on the injury list with an abdominal strain.