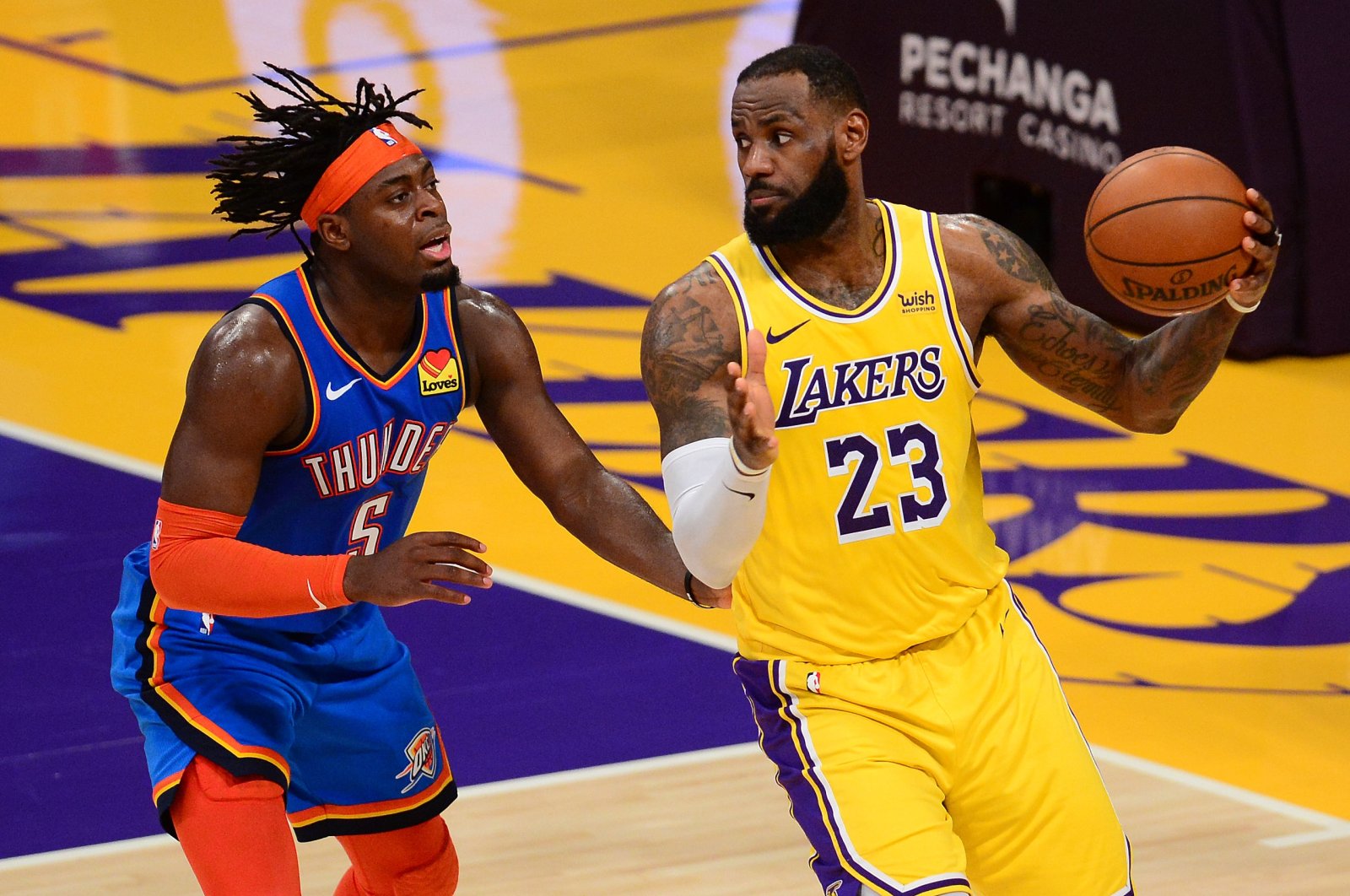 It was the third straight overtime contest for the Lakers, the last two against the Thunder.

Montrezl Harrell scored 20 points, Dennis Schroder contributed 19 and Kyle Kuzma added 15 for the Lakers, who played without Anthony Davis, out for an Achilles injury, and Alex Caruso, who has a hand injury, for the second game in a row.

Al Horford had 25 points, eight assists and eight rebounds, and Kenrich Williams scored 24 points for the Thunder, who have lost three of their past four games. Shai Gilgeous-Alexander, who leads Oklahoma City in scoring and assists, missed the contest due to a knee injury.

Meanwhile, Devin Booker made the decisive free throw with 32.6 seconds left to cap a 30-point performance as the Phoenix Suns nipped the visiting Milwaukee Bucks 125-124.

Chris Paul added 28 points and seven assists as Phoenix earned its fourth straight win and its seventh in the past eight games.

Antetokounmpo also had 11 rebounds and five assists. He made 15 of 23 field-goal attempts and knocked down 17 of 21 from the free-throw line as the Bucks dropped to 3-1 on a six-game road trip.

Luka Doncic recorded his NBA-leading seventh triple-double and helped the Dallas Mavericks overcome a 13-point, second-half deficit in a 118-117 victory over visiting Atlanta. The Hawks' Danilo Gallinari missed a 20-foot shot in the final seconds.

Doncic had 28 points, 10 rebounds and 10 assists for the 32nd triple-double of his career. He extended his streak of 25-point games to a career-best 12 straight.

Toronto Raptors' Norman Powell had 15 of his 28 points in the first half, and Toronto defeated host Washington 137-115, for the eighth straight time.

Pascal Siakam added 26 points – including 18 in the first half – for the Raptors, who are 4-1 with one game left on a road trip that ends Thursday against the Boston Celtics. Kyle Lowry added 21 points for the Raptors.

Kyrie Irving scored 35 points as host Brooklyn took control in the second quarter and ended a three-game losing streak with a 104-94 victory over Indiana.

Irving shot 8 of 17 from the field, hit a career-high 17 free throws without a miss and handed out eight assists. James Harden added 19 points and 11 rebounds for the Nets, who led by as many as 36 points.

Domantas Sabonis scored 18 points but shot 7 of 20 from the field as the Pacers saw their losing streak reach a season-high four games. Malcolm Brogdon added 15 on 5-of-17 shooting as Indiana lost for the 11th time in 17 games.

Los Angeles Clippers' Kawhi Leonard scored a season-high 36 points, and Lou Williams added 27 off the bench to lift Los Angeles to a 119-112 victory over Minnesota in Minneapolis.

Leonard and Williams combined to make 23 of 40 shots from the floor and 7 of 9 from 3-point range for the Clippers, who snapped a two-game losing skid despite playing without Paul George. The six-time All-Star did not make the two-game road trip due to a foot injury.

Minnesota's Naz Reid scored 23 points off the bench and Karl-Anthony Towns added 18 in his return from a 13-game absence that followed testing positive for COVID-19 in mid-January. Towns also had 10 rebounds while playing in just his fifth game of the season.

Nikola Jokic had 12 points and 12 assists and Will Barton scored 16 points for Denver, which snapped a three-game skid.

Kyle Anderson made a career-high six 3-pointers, part of a Memphis franchise-record 23 made from deep, and the host Grizzlies routed Charlotte 130-114.

The Grizzlies clung to a 70-68 lead at halftime, but Anderson opened the second half with four consecutive 3-pointers. Dillon Brooks, who shot 4-for-8 from long range en route to 20 points, added a fifth, and Memphis was off to the races in a 31-15 third quarter.