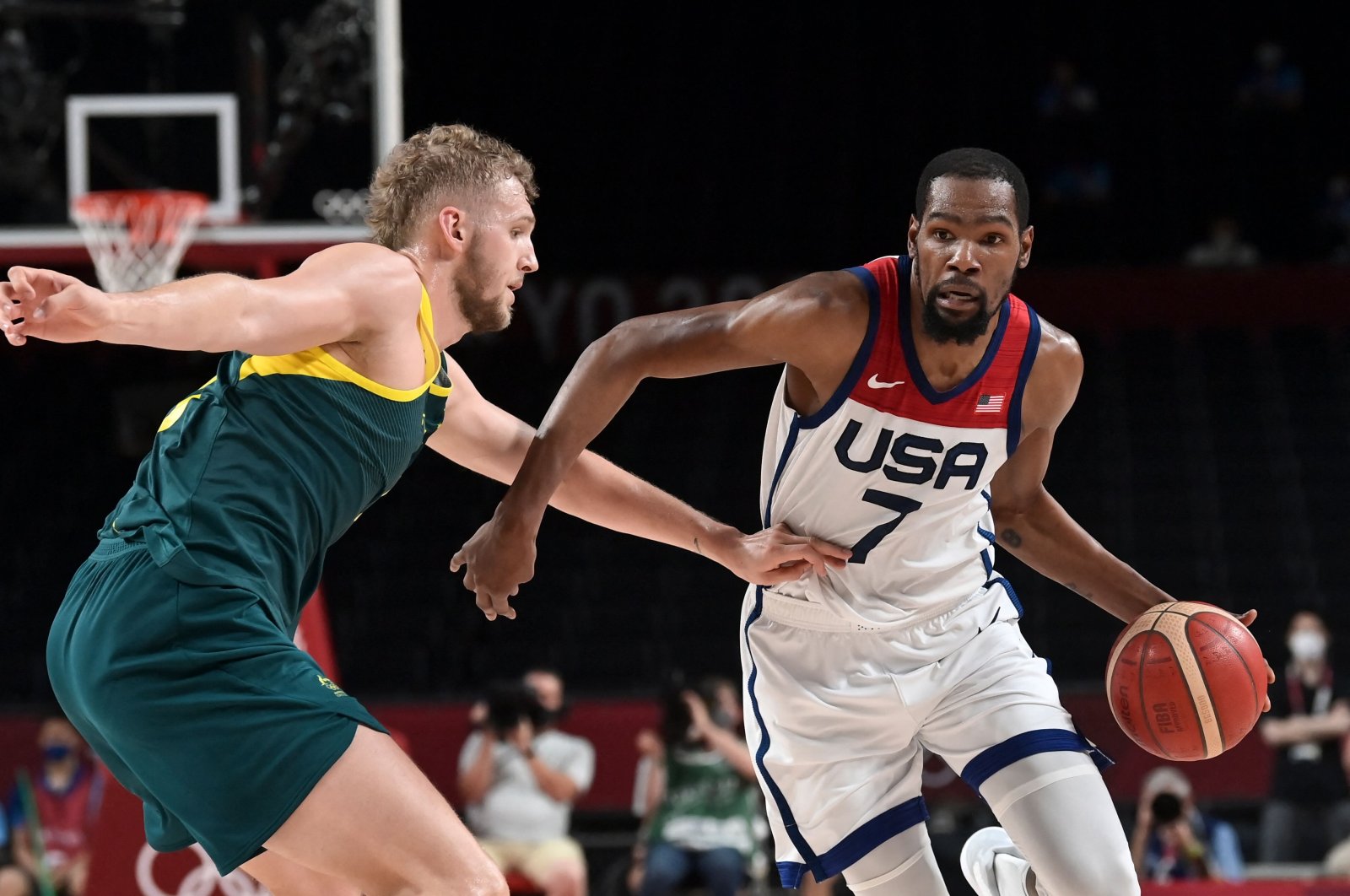 Team USA won the semifinal tie 97-78 and will face France who beat Slovenia in the other semifinal.

The Americans were 24-18 behind after the first quarter and 42-45 adrift at halfway but stormed back during a dominant third term to stay on track for a fourth consecutive gold medal.

It was revenge for Gregg Popovich's men who had crashed to Patty Mills' Boomers in their past two meetings, including a demoralizing 91-83 defeat in Las Vegas last month.

But when it comes to the Olympics the U.S. is dominant and stretched its lead over their long-time foes at the Games to 9-0, crushing Australia's title dreams.

The world's third-ranked team has never finished on the Olympic podium despite boasting some of the best players in the world, playing in the top leagues.

And they now face another bronze medal match, having contested four previously and lost the lot.

The Americans opened their Tokyo campaign with a shock defeat to France but have slowly found their groove, with the Brooklyn Nets' Durant again pacing their offense.

He was averaging 18 points, 4.3 rebounds and 4.3 assists a game heading into the semifinal and once more proved authoritative, with the USA's all-time top Olympic scorer adding nine rebounds and two assists.

The Boomers' Utah Jazz center Joe Ingles sunk seven points, including two 3-pointers, in the first quarter to send his team into the second term with a six-point cushion.

Outside the arc, shooting had been the U.S. team's primary weapon in Tokyo, but they struggled early against the Australians, with Phoenix Sun guard Booker only nailing their first seven minutes into the second quarter.

The Boomers opened a 15-point lead as they took charge on the fast-break, but another 3-pointer, this time from Jayson Tatum, helped pull the U.S. back into contention to be 45-42 down at half-time.

The reigning champions then blew the game open in the third quarter, dominating it 32-10.

They took the lead for the first time since the opening minute when Damian Lillard nailed two points inside the paint as part of a 12-point run.

It helped open a 19-point buffer going into the final stretch and they never looked back.