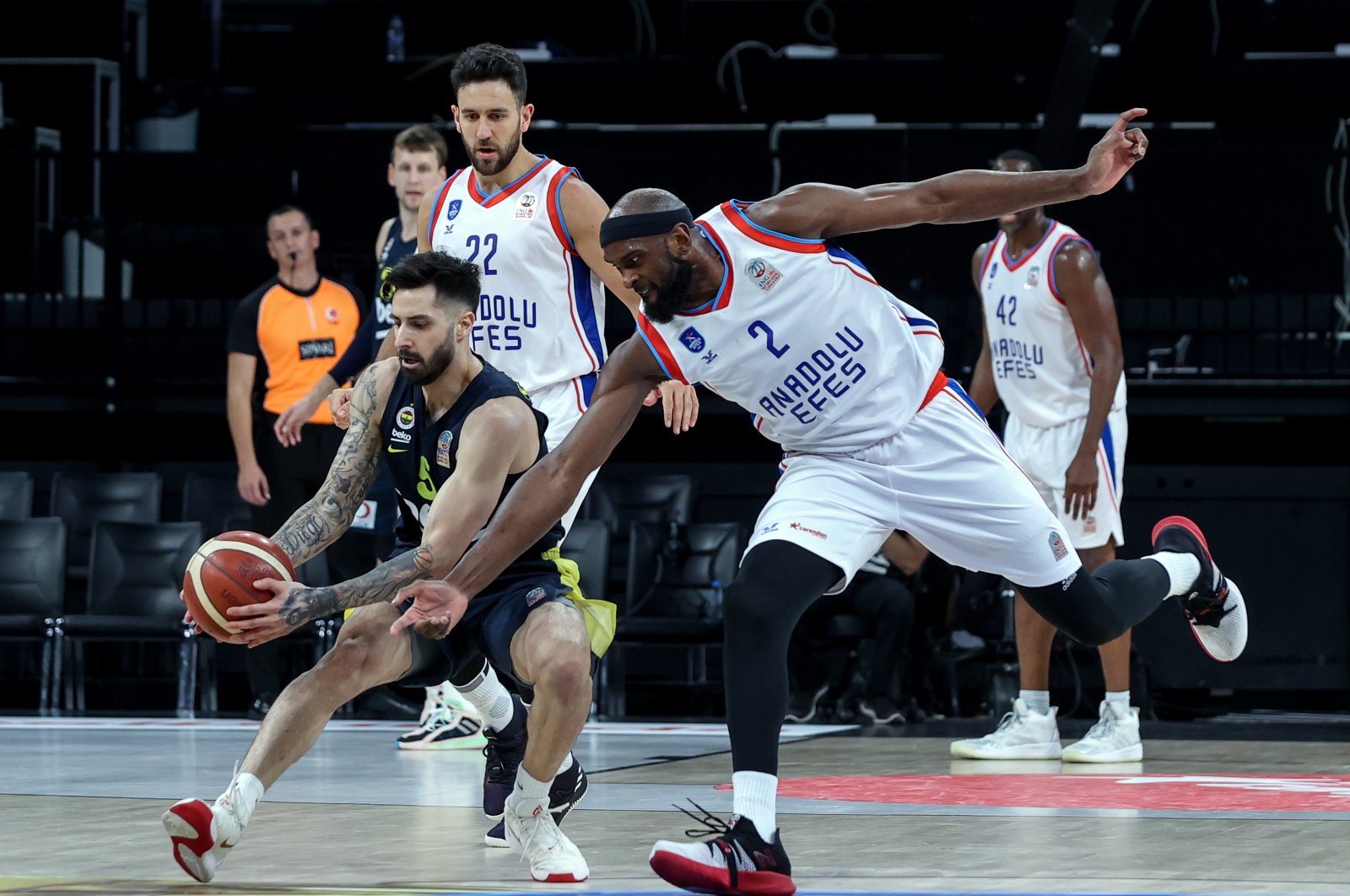 The second finals match of the Turkish basketball playoff series was marred with fights and discharges as Anadolu Efes clinched its second win over powerful rival Fenerbahçe Beko.

Both players were disqualified, alongside Fenerbahçe's Yiğit Onan, Ahmet Düverioğlu and Alex Perez. As Jan Vesely was disqualified four minutes earlier, Fenerbahçe Beko only produced two points in the remaining minutes against 22 for Efes.

Anadolu Efes had clinched a commanding 111-71 win against Fenerbahçe Beko Thursday in the opening game of the ING Basketball Süper Lig playoff finals.

As part of a Turkish tradition following domestic and European titles, flags of Anadolu Efes were hung on Istanbul's bridges crossing the Bosporus on Saturday.

Flags were hung on the July 15 Martyrs' Bridge, also known as the Bosporus Bridge, along with Fatih Sultan Mehmet Bridge and Yavuz Sultan Selim Bridge and will be displayed for 10 days.

Meanwhile, fans also get to see their first EuroLeague trophy in an exhibition inside an Istanbul mall in the upscale Levent district.