Efes faces Valencia, Fener goes to Milan in THY EuroLeague 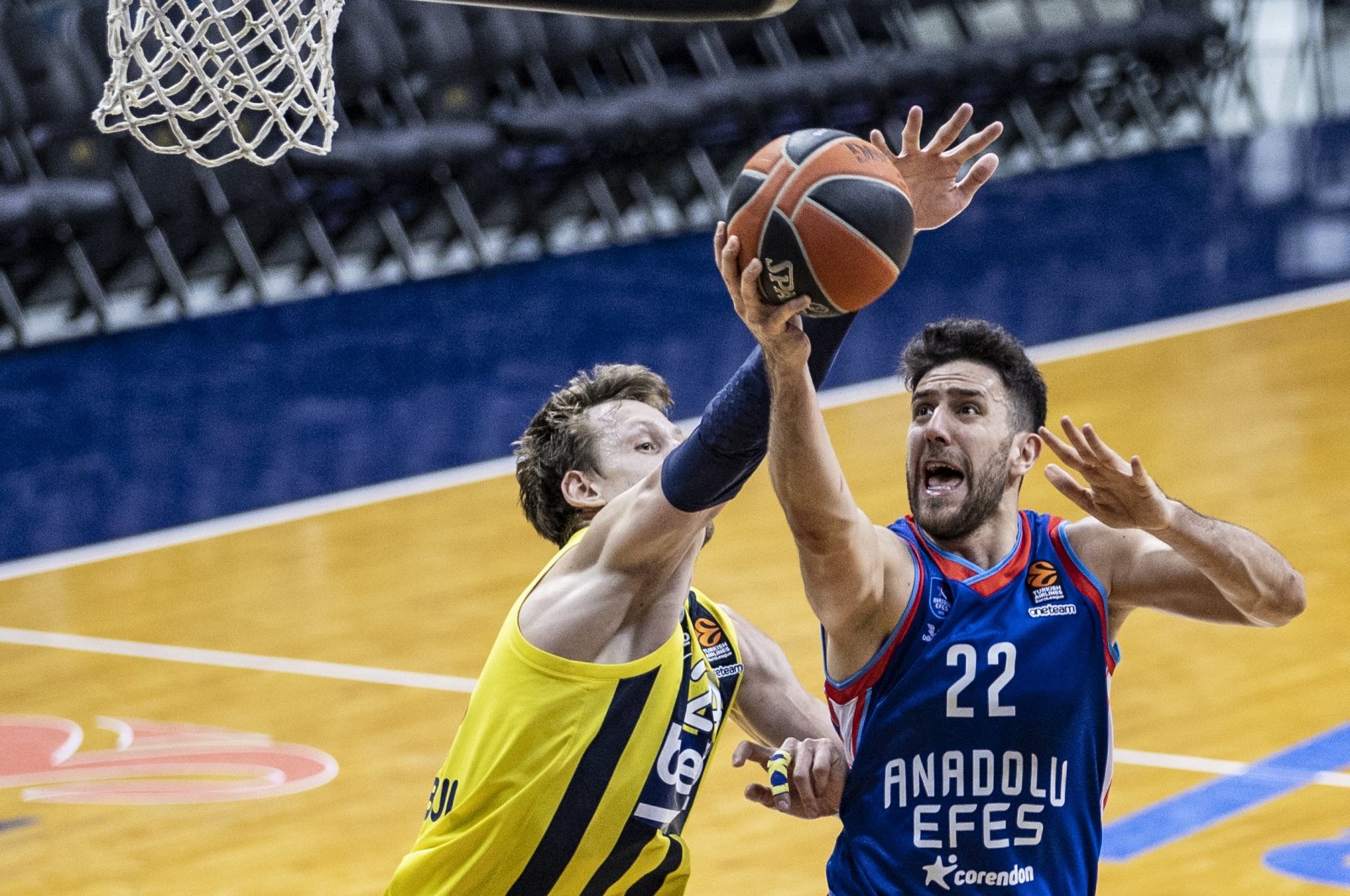 The Round 27 actions in the Turkish Airline EuroLeague will begin Tuesday as Turkish powerhouse Anadolu Efes hosts Spain’s Valencia Basket in Istanbul.

The match at Sinan Erdem Sports Complex will begin at 8:30 p.m. local time.

Efes is currently seventh in the league table with 15 wins and 10 losses. It has however played a match less.

Valencia, on the other hand, is ninth in the table with 14 wins and 12 losses.

It had won (76-74) the previous match between the two sides in the first half of the season.

The Spanish side’s club record for points scored in a EuroLeague game came when it beat Efes 107-103 in overtime in February 2004. That was Valencia's first win over Efes. It made 31 two-point shots, which – entering this season – was the only game this century in which Valencia made 30 or more two-pointers in a single game.

The other Turkish powerhouse Fenerbahçe will travel to an in-form Milan for its Round 27 match Wednesday.

Fenerbahçe is currently eighth in the league with 15 wins and 11 losses. Milan, in comparison, is placed third with 17 wins and only nine losses.

The Italian side’s Sergio Rodriguez and Fenerbahce's Nando De Colo were backcourt mates at CSKA Moscow for two seasons, from 2017 to 2019, and lead the team to the EuroLeague title in 2019.