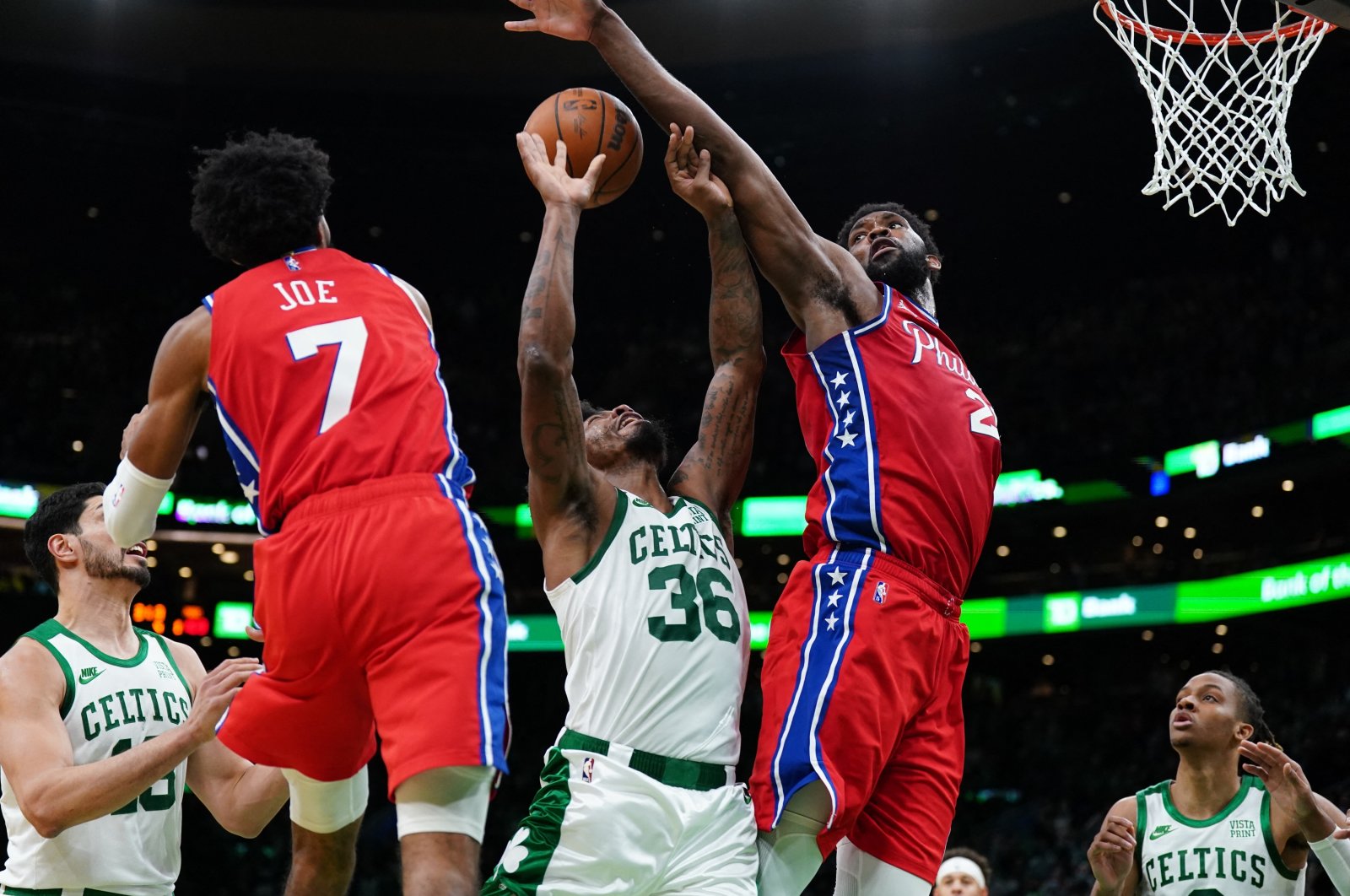 Embiid also delivered 10 rebounds, five assists, four blocked shots and his last of two steals in the dying seconds to deny the Celtics a chance at a tying 3-pointer in powering the 76ers over Boston 108-103.

The impressive all-around performance together with 26 points by Seth Curry and 25 by Tobias Harris enabled the Sixers (16-15) to snap a three-game losing skid despite being down Shake Milton due to COVID-19 protocols and Tyrese Maxey with a quad injury.

"I thought we had a calm tonight," said 76ers coach Doc Rivers. "The guys were in a great mental place. They really wanted it. You could sense it."

At Memphis, Oklahoma City guard Shai Gilgeous-Alexander seized command down the stretch and finished with 23 points, five rebounds, four assists and three steals to lead the Thunder over the host Grizzlies 102-99.

It was a measure of revenge for Oklahoma City. Memphis had beaten the Thunder by an NBA-record 73 points, 152-79, on the same court earlier this month.

Morant, Memphis' scoring and assist leader, ended a 12-game layoff for a left knee sprain and had 16 points and eight assists but couldn't spark the Grizzlies late.

"I was really trusting my knee," Morant said.

Morant's jumper put Memphis ahead 95-94 but Gilgeous-Alexander passed to Josh Giddey for an uncontested layup, then scored one of his own and followed with a steal and two free throws to give the Thunder a 100-95 edge and Memphis missed a desperation half-court 3-pointer at the buzzer.

"We executed well on defense," said Giddey, who had 19 points and a career-high 11 rebounds. "We knew our coverages and we stuck with them well."

Gobert made a career-high 15 free throws in 16 trips to the line and matched a career-best with his sixth game in one season of 20 or more rebounds.

Croatian Bojan Bogdanovic also scored 23 points while Donovan Mitchell had 21 for the Jazz, who also got 13 rebounds from Royce O'Neale.

"We started the game well right away. We were hitting the shots," Bogdanovic said. "Rudy really dominated in the paint. He played great."

LaMelo Ball and Miles Bridges each scored 21 to lead Charlotte, which fell behind 35-16 after the first quarter.

Curry was applauded by Warrior fans in his first home game since breaking the NBA's all-time 3-pointers record.

Golden State became the first NBA club to 25 wins this season and at 25-6 moved within percentage points of Phoenix for the league's best record.

At Los Angeles, San Antonio's Dejounte Murray unleashed another triple-double with 24 points, 13 assists and 12 rebounds to spark the Spurs to a 116-92 victory over the host Clippers.

Paul George scored a game-high 25 points for the Clippers.

DeMar DeRozan scored 26 points and Coby White added 24 off the bench to lead the Chicago Bulls over visiting Houston 133-118.

Orlando's scheduled contest at Toronto was postponed due to COVID-19 issues.